Top weekend of excessive booze celebrating in Suffolk for ex-pat Yorkshire birder Dunc's 40th Birthday. Nipped out with Rich and Gaynor to have a look at Westleton Heath on Saturday morning where we soon found flitty and skulky Dartford Warblers. There seemed to be plenty around with probably c10 individuals seen. Also a couple of Stonechats on the heath. 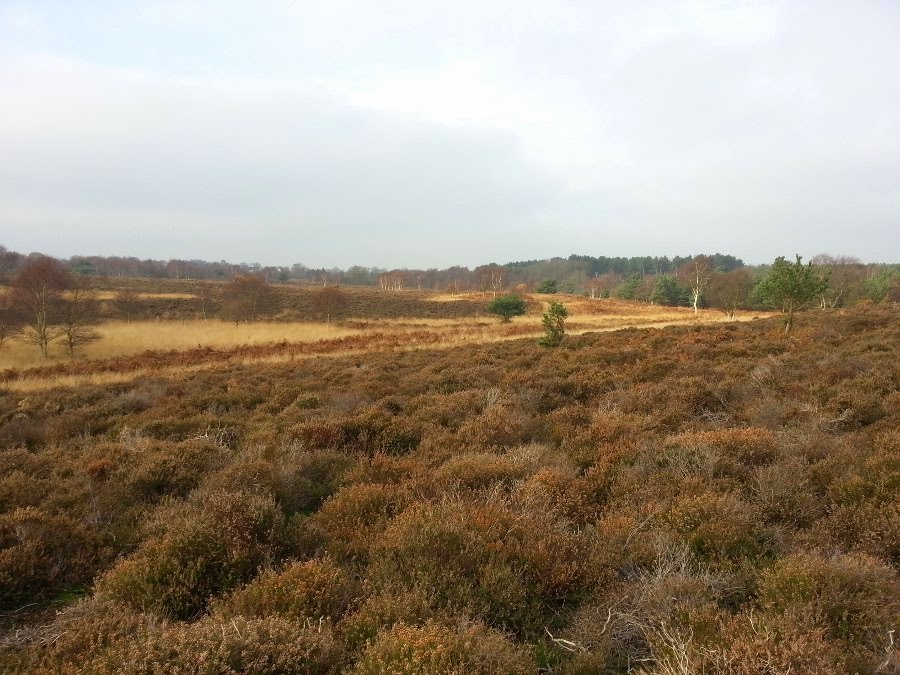 We then went on to Minsmere to use the facilities, but decided to have a little walk round to East Hide, where a very smart adult Caspian Gull was posing nicely in front of the hide. Quite a small individual, probably a female, with quite a bright beak. A really lovely looking gull and nice to see one at such close range. Cetti's Warbler, Marsh Harrier and Pintail also noted. 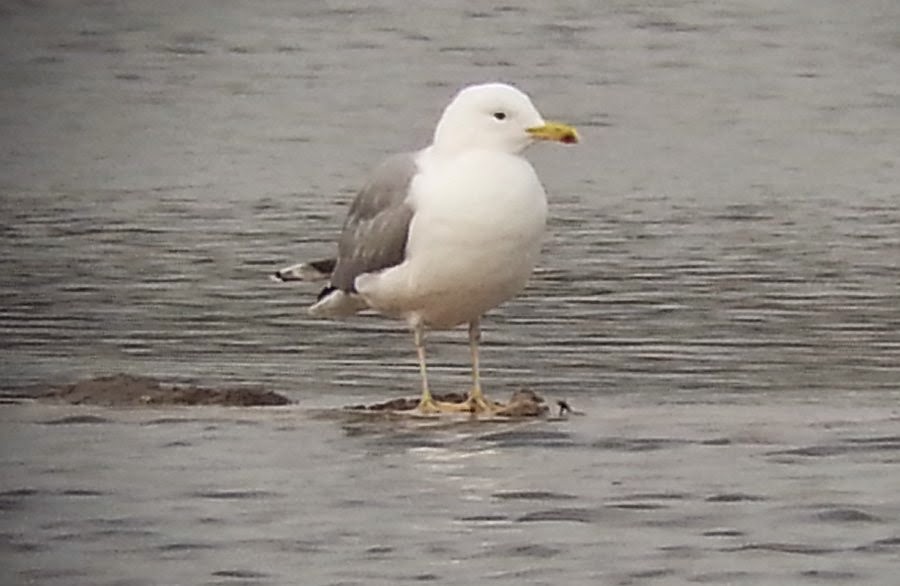 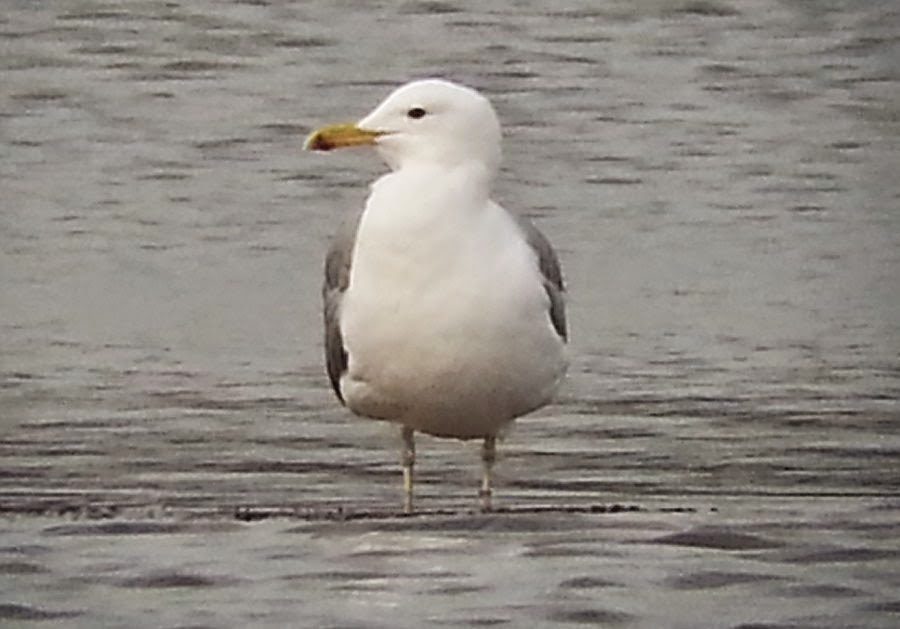 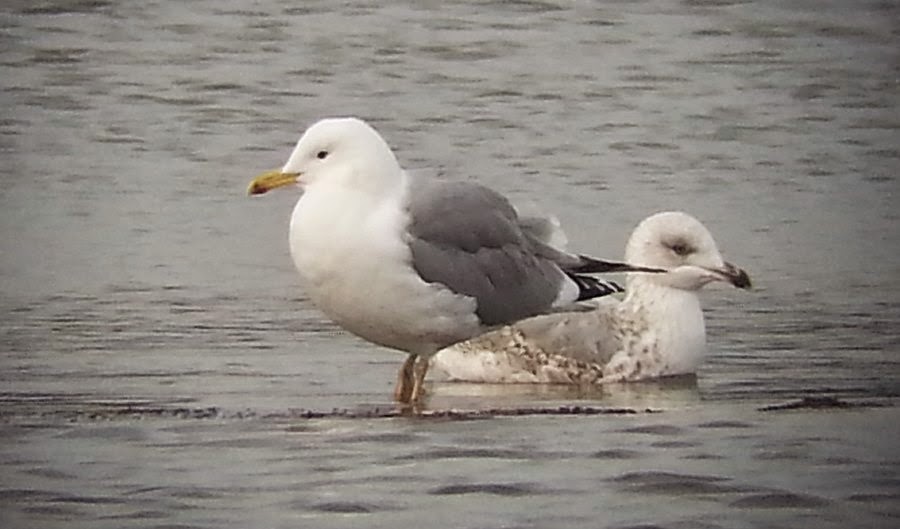 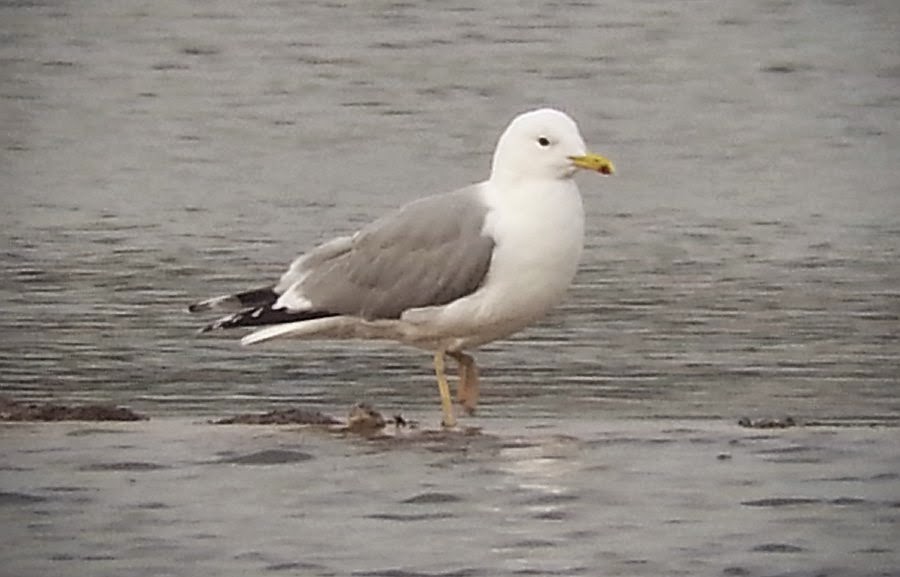 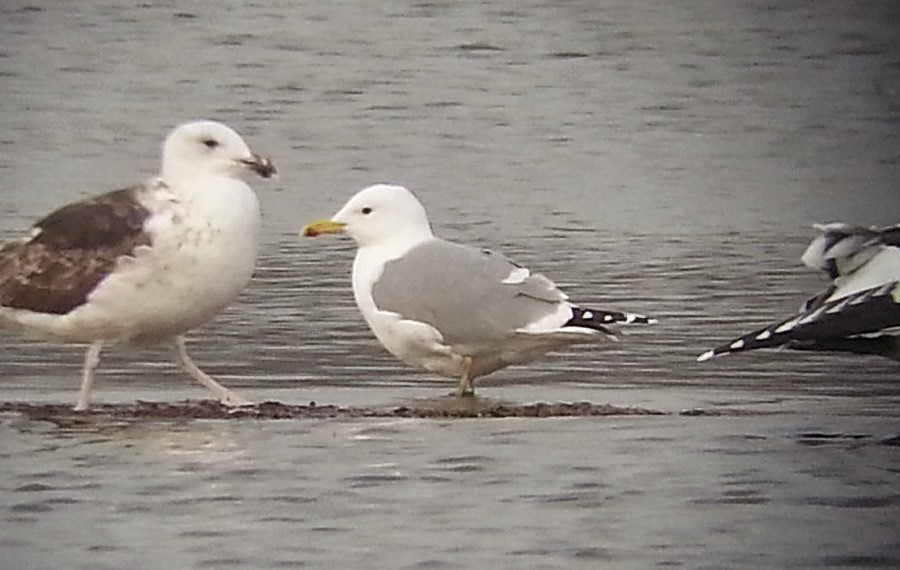 A Taste of Norfolk

I used to love seeing skeins of Pink-footed Geese flying over first thing in a morning when we lived in Norfolk, so it was a treat to see 50 birds heading south over Bish this morning whilst walking the pup. I heard them coming distantly and scampered out on to the cycle track to get a view of the sky and managed to grab a quick snap with my phone. When I was a lad, my Dad, friend John and me used to head up to Bransdale on the North York Moors looking for Rough-legged Buzzards, that seemed to be reported most winters, but we never managed to see one. Plenty of years later, and here I was driving my kids up there to have a look for these Arctic wanderers. The weather seemed perfect and we were soon heading north out of Helmsley, up past Carlton and into the heather and bracken wilds of the moors. A stop along the route revealed two pairs of Common Buzzards sparring over a distant wood and a pair of Peregrines soaring on the breeze. Turning the corner to head back along the east side I noticed a buteo hanging in the updraft over the ridge. A Rough-leg! A fine juvenile that had a broken fourth primary which was twisted under the wing giving it a bizarre silhouette. The bird hung low over the edge of the ridge, seemingly hunting the rough grass strip running  between the edge of the heather moorland on the rigg and the fertilised fields on the valley sides. The breeze meant not a lot of hovering was required and the bird just hung pretty much motionless for minutes at a time, before tipping its wings and moving along fifty metres or so before stopping and resuming the scan. After a bit, we got the kids ready and did a nice walk up the rigg and along the top. Very little up on the moor, besides tonnes of Red Grouse and a few flyover Siskins. On our return the Rough-leg was still present, cruising around the eastern side and showing really well now the sun had come out. We followed it along south and eventually left it to its hunting. A little further along and there was another buteo over the fields. We stopped and sure enough, another Rough-leg, this one with intact wings! So after all these years, finally a pair of Rough-legs in Bransdale. Well worth the wait! 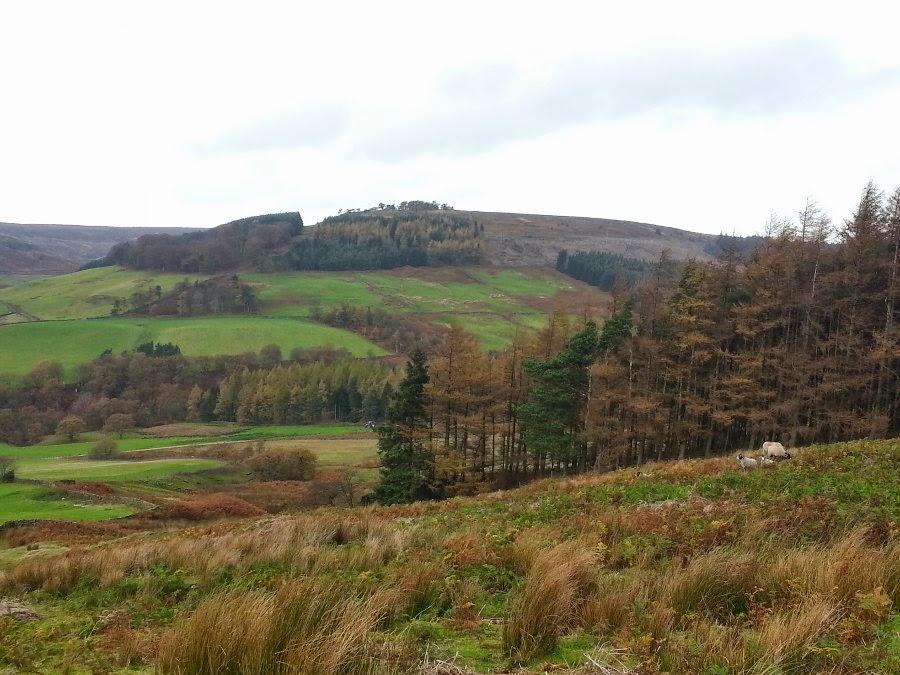 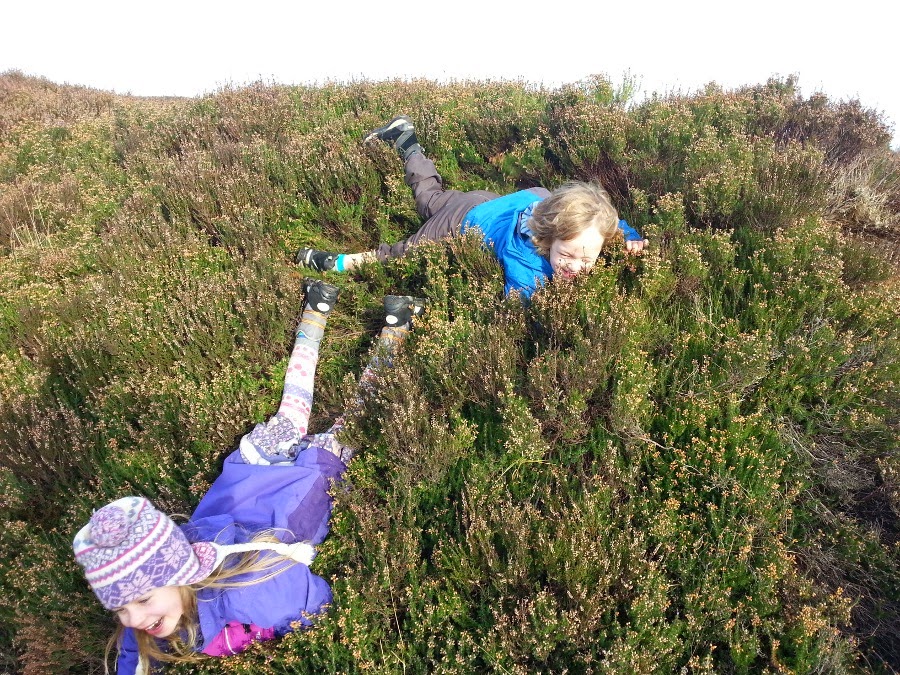 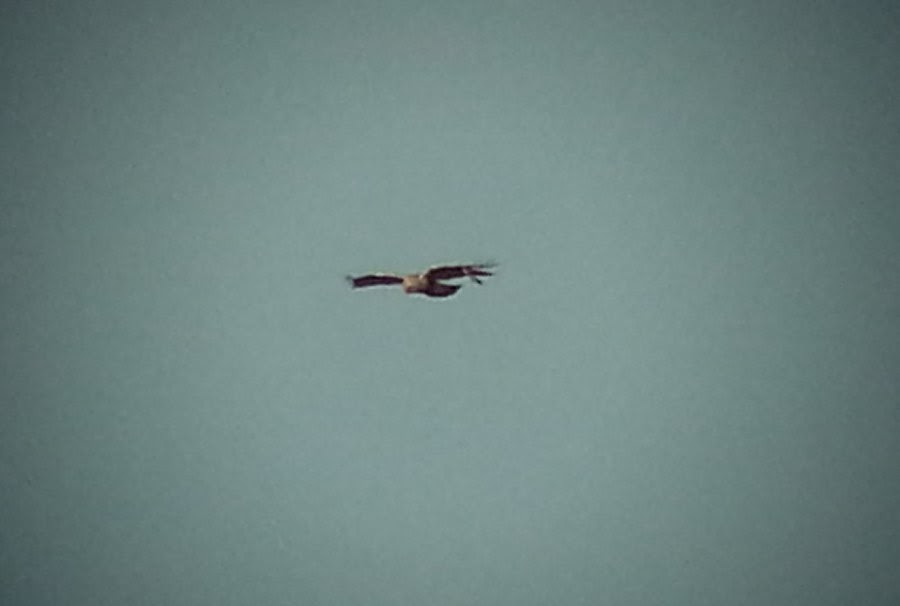 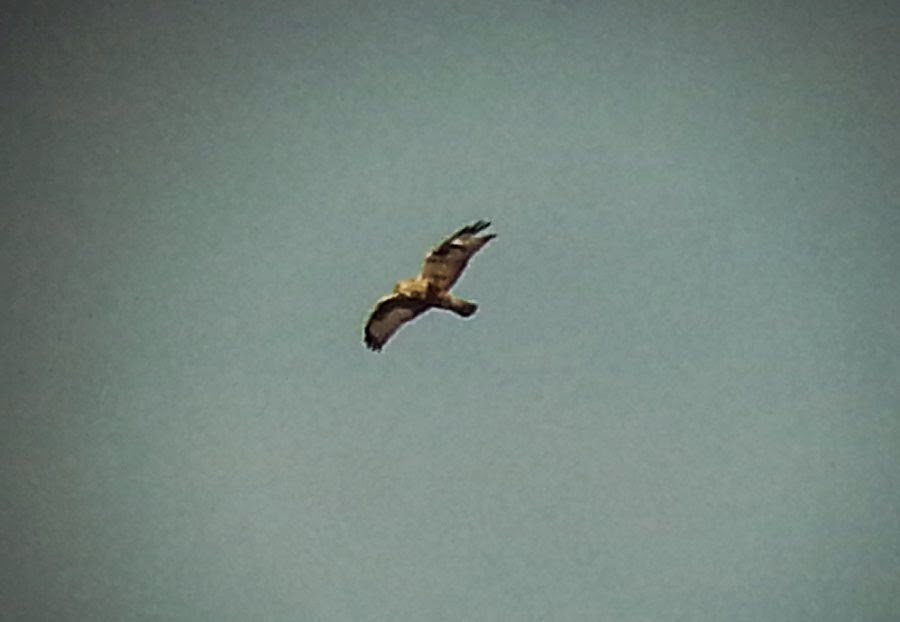