Fantastic views of four beautiful Arctic Terns at Hes East this evening, plus a Common Tern. Fortunately one landed to swallow a fish and enabled me to grab a photo. Chris and Tim have some awesome shots with their DSLRs... 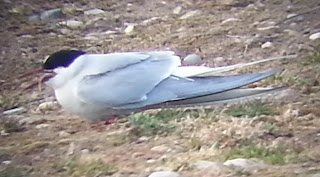 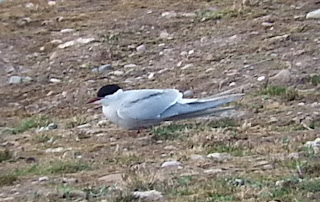 First singing Blackcap of the year in Bish this morning. No sign of the Waxwings since Sunday afternoon. Yesterday evening, an early Hobby cruised low through Hes East, where there were 8 or so Yellow Wags present. Swallows and House Martins back in Bish since the weekend.

Sadly this male Waxwing hit a window in Beech Avenue and died shortly afterwards. A sad end to a lovely bird that has survived a long winter. It's mouth was full of blood which suggested it died from internal bleeding. 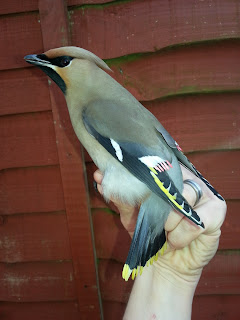