My daughter-shaped alarm clock woke me up at 5.45am, only 45 minutes ahead of schedule, so I got up and headed out east to see what a change in wind direction and weather had done for birding.

50 minutes later, I peered north on to the short sward of the golf course and was delighted to find several, err, Pied Wagtails running about. Then I realised that the golf balls were in fact Wheatears. Oh and a fine male Yellow Wagtail. 11 Wheatears in all, a fab start! Down to the head adding not much, before Mr Baines kindly alerted me to the presence of the Tawny Pipit in the sheep field, which has been holidaying here in East Yorkshire for almost a week. I walked round the gorse field, noting a singing Willow Warbler in the scrub by the lighthouse and another Wheatear atop a bush. On the wind I could here a familiar sound - was that a Grasshopper Warbler reeling or did I imagine it? On closer inspection, the sound came across loud and clear - my first Gropper of the year - nice! A little further on, I scanned the gorse again and picked up a stonking black, white, ash and fire male Redstart - splendid! Switching to my scope, I noticed there was a male Whitethroat sitting next to it. Willow Warblers flitted along the hedgerow in front of me - wow - a little spring fall had occurred!

Down to the clifftop path at the foot of the sheep field, I quickly heard the liquid 'Chilip' of the Tawny Pip as I flushed it from close to the fence. It soon alighted and proceeded to strut around like a giant cream puff on the grass, dwarfing the streaky little dark mippits nearby. It gave crippling views and even allowed me to take photos with my phone and new Sony Cybershot through my scope. Another birder pulled up next to me with the camera equivalent of the Hubble telescope and began deciphering the bird's DNA. After an appropriate grilling of the pipit, I left him to it and headed on to Old Fall, which was positively dripping in Phylloscs. Mostly Willow Warblers, but with the odd Chiffchaff thrown in to keep me focussed. Another male Redstart zipped out of the northside and perched obligingly on the leeward side of the Old Fall Hedge. While kneeling to phonescope it, my knee missed a fresh pile of Fox effluent by centimetres. My biggest piece of luck so far. The loop so far had been so good, I decided to retrace my steps all the way back to the lighthouse. I added very little apart from about a kilo of cholestrol by partaking in the Headlands Big Breakfast....

A quick chat with Mr Baines and back west I went and into the Valley. Here I quickly located Chris Gomersall's special field which revealed 12 Yellow Wagtails, 3 White Wagtails, several Pied Wagtails and a spanking male Wheatear. Bootiful! I headed down the valley to Wheldrake Ings. I was delighted to find that access to Swantail Hide was now sorted (great job guys!) and the mud on the newly scraped lagoon had attracted its first waders! Greenshank, 10 stonking summer plumaged Dunlins, a Ringed Plover, an Oystercatcher and a handful of Redshanks and Lapwings. Brilliant!! I scanned hard but unfortunately STILL could not find any Garganey. Pesky blighters. On the way back I also failed to pick out a Crag Martin or Red-rumped Swallow from the hordes of hirundines over the pool, but my first Reed Warbler of the year was a pleasing end to a simply stonking day's Yorkshire Birding. 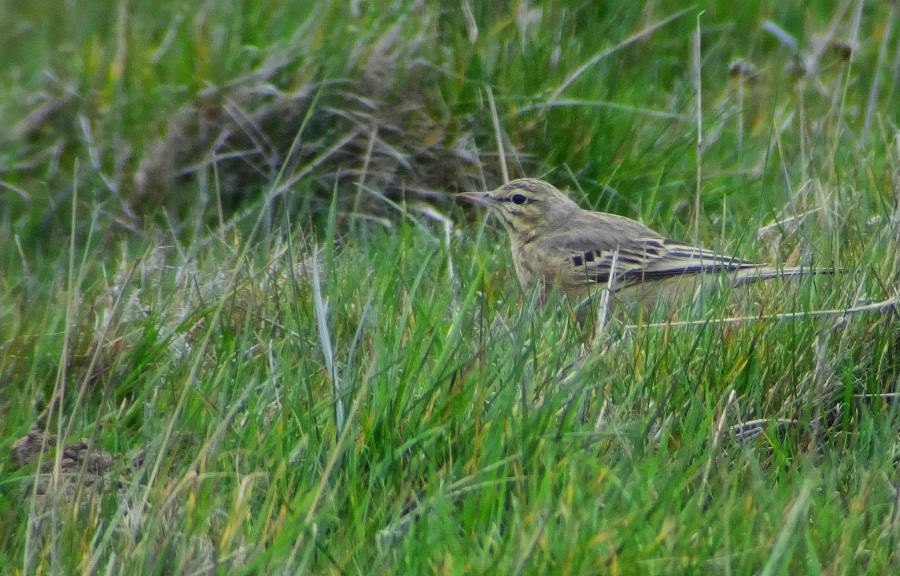 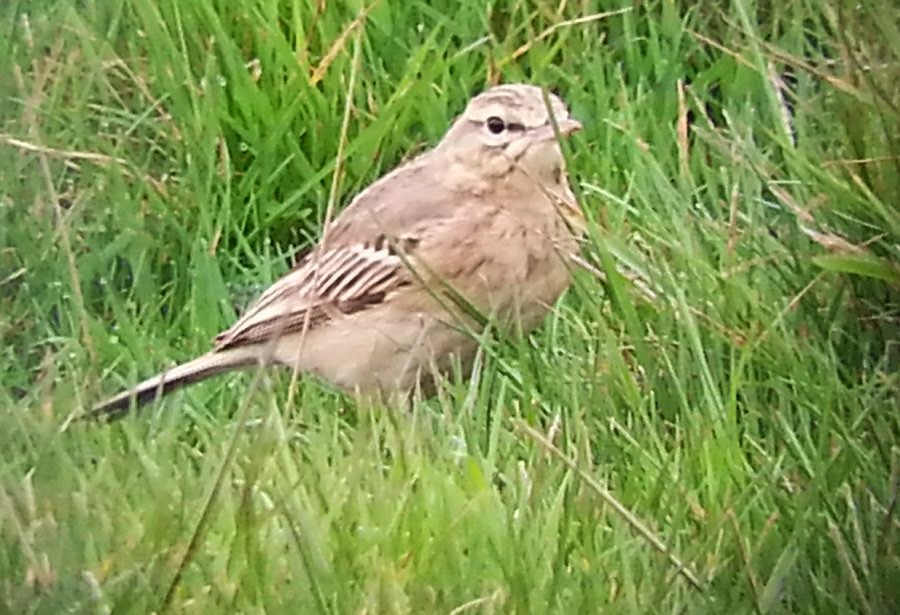 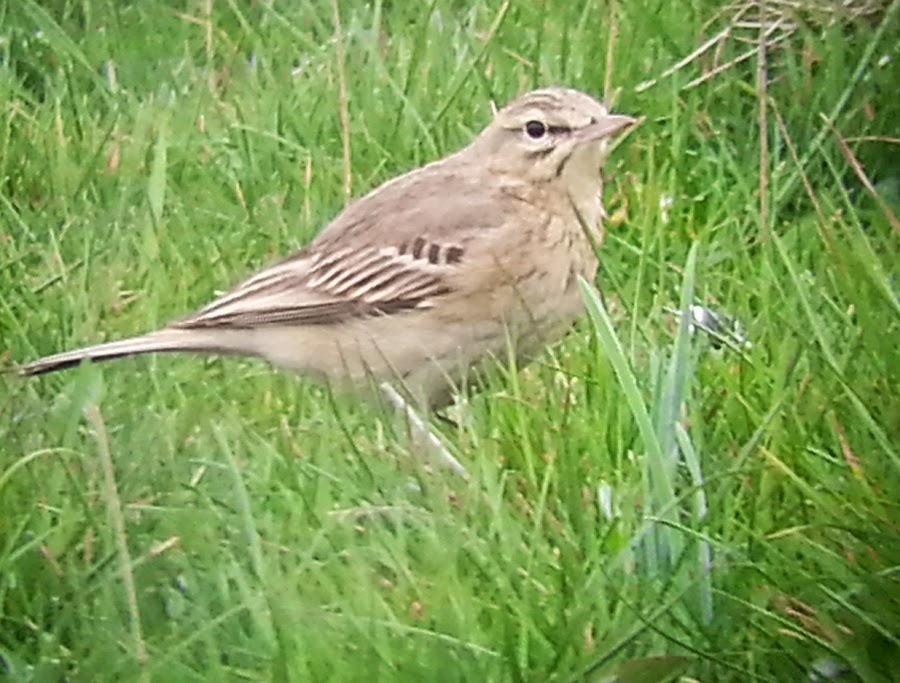 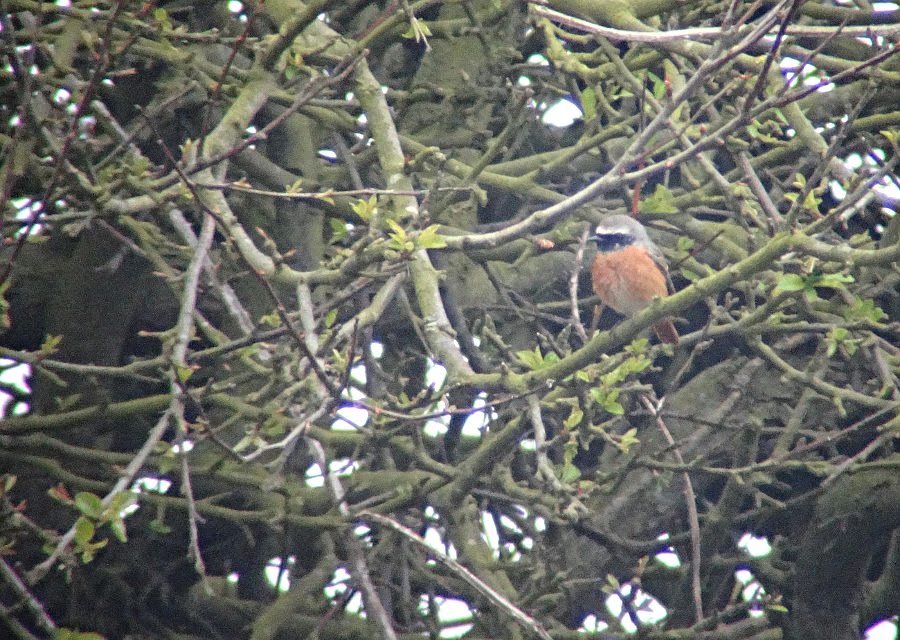 Flamborough. Takes some beating some days. Well, most days! 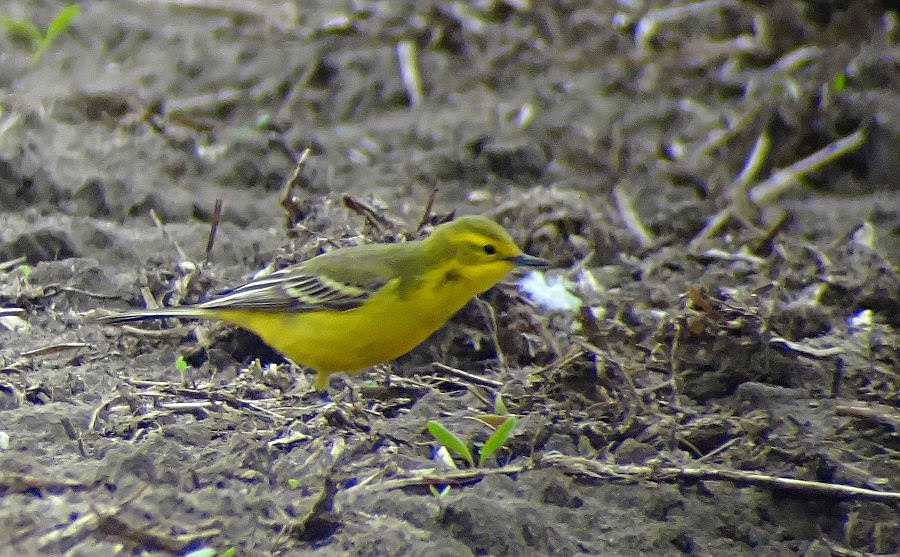 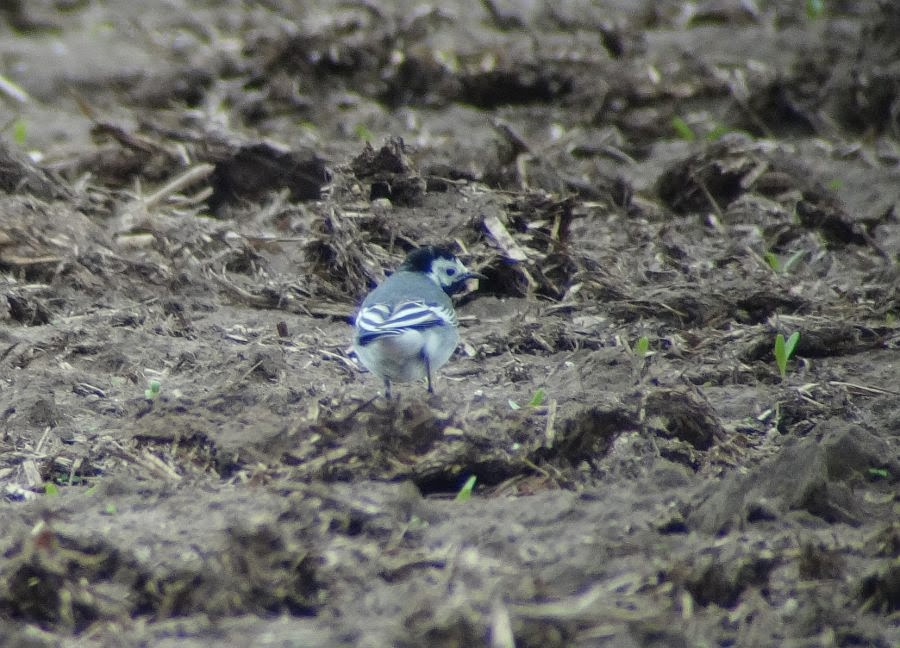 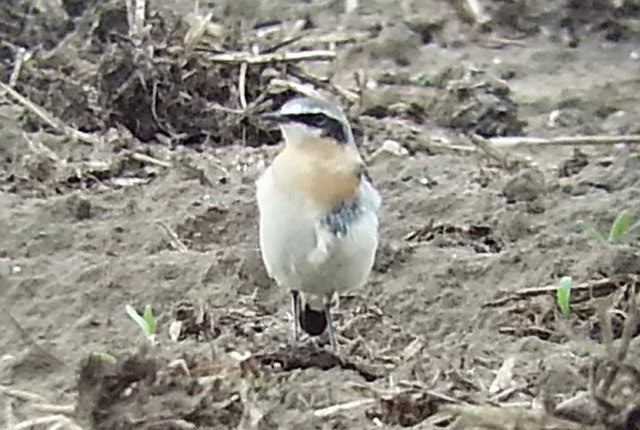 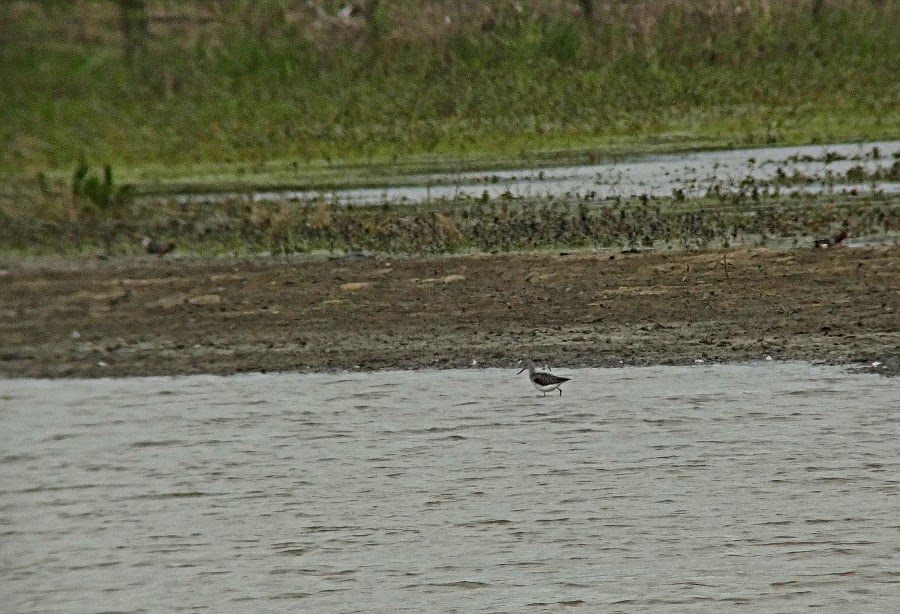 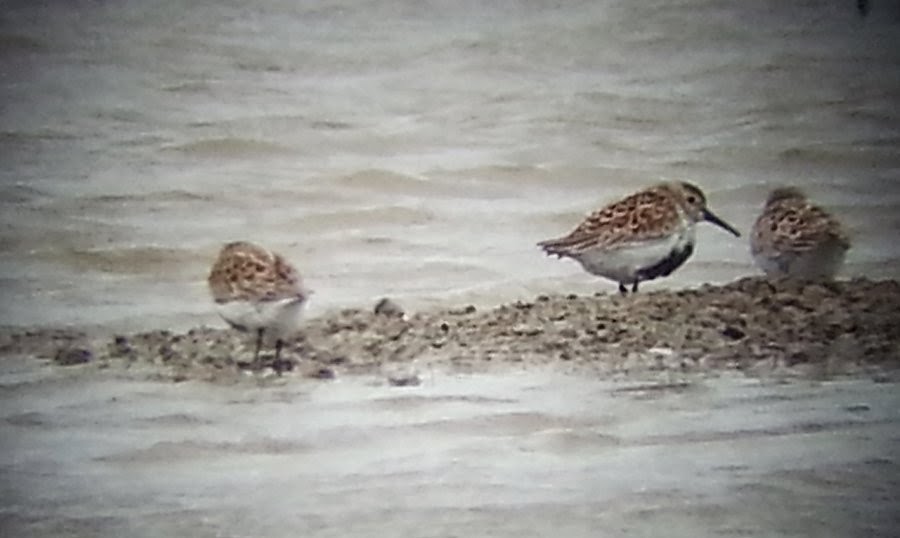 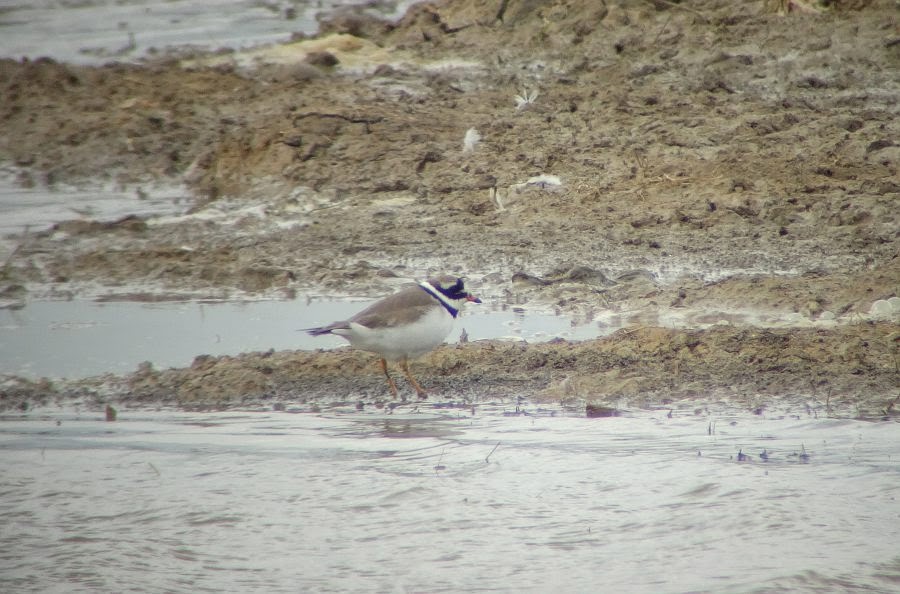 Wheldrake Ings YWT - wader hotspot! My money is on Broad-billed Sandpiper in May. Probably when I am away for the weekend...
at April 17, 2014

Nice one Jono, glad you got the Pipit. Will have to get off my arse and walk down to WI now!