Three visits to Hes East today as there was a widespread movement of Arctic Terns going on due to the northeasterly winds and cloudy conditions. Unfortunately, I managed to not see any! Went up to Wheldrake Ings in the afternoon too and this also drew a blank. Mike Hayes saw two individual terns at Hes East, one at about 10am which he didn't identify, and one at midday which he identified as Arctic.

My highlights from the day included a Garden Warbler, Whitethroat, Wheatear and Yellow Wagtail at Hes East; Greenshank, 2 Ringed Plovers and 8+ Black-tailed Godwits at Wheldrake Ings.

Then, late afternoon, I took the kids and dog for a walk along the cycletrack behind our estate. I heard a noise that sounded like Sol's freewheeling bike behind me, but suddenly realised he was in front of me....I turned round and sure enough, the sound of a reeling Grasshopper Warbler drifted across from the brambles back near the model of Jupiter!  I walked back and the little critter suddenly hopped up into view. It then flew across the path and landed in a rose bush where it started reeling in plain view. Unbelievable! I shot home, grabbed Vicky's DSLR and came back. After a few moments and snatches of clicks, it suddenly appeared low down in front of me where it perched out in the open. What a cracker! A few minutes later, a neighbour appeared who knows a bit about birds. She told me it had been here since Tuesday. Perhaps I should walk this way a bit more often. 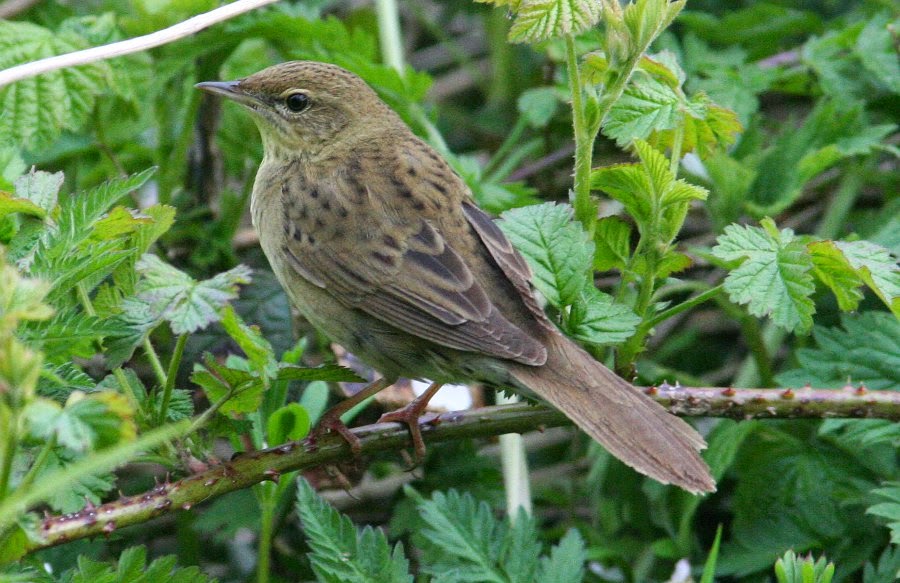 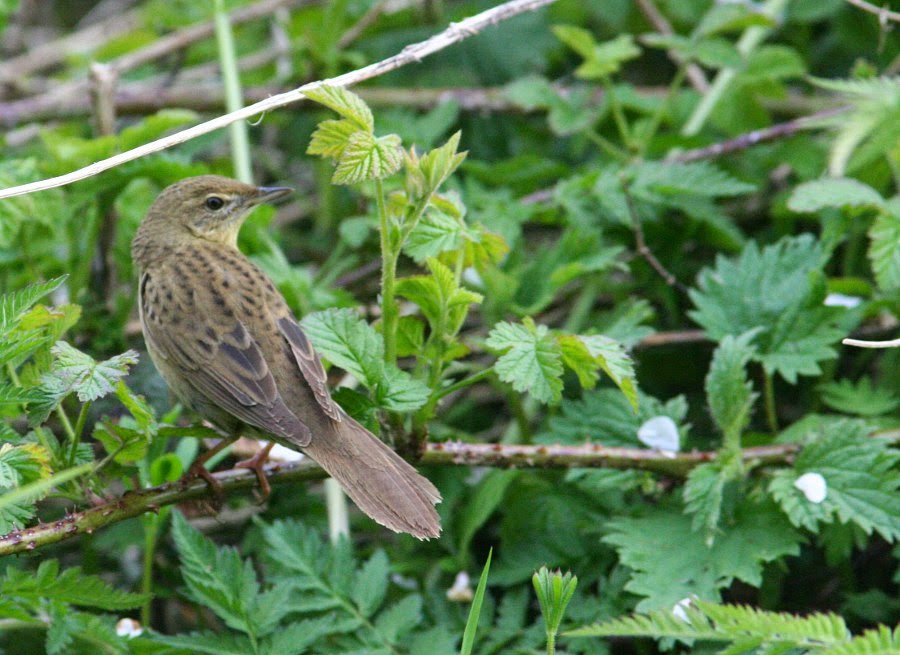