Up early and in the Lower Derwent Valley by 6.30am. Wheldrake Ings was alive with the sound of Blackcaps, Chiffchaffs and Curlews and the new Willow leaves along the river were a terrific vibrant green. My head was full of hopes of Garganeys or rarer. Sadly, not quite that good, but still an enjoyable walk with c20 Icelandic Black-tailed Godwits on the refuge, my first Willow Warbler of the year, several Sand Martins, c20 Ruff, a female Peregrine and an unexpected Corn Bunting.

On to North Duffield Carrs (it seems there is little water anywhere else) where scanning through the ducks I noticed a large white bird on a fencepost in the background. An Osprey! Sweet! I phoned the news out and after a while it took off and flew straight towards me, flushing everything off the water. It landed on another fencepost having halved the distance. With a decent breast band I assumed it was a female. After being mobbed mercilessly by the crows, she flew off, gaining height to the south. A little later, the ducks got up again and sure enough, there she was heading back north. She dropped in to the trees to the north of NDC and vanished. Andy and Arnie turned up just too late but a few minutes later and she got up and began circling high to the north. 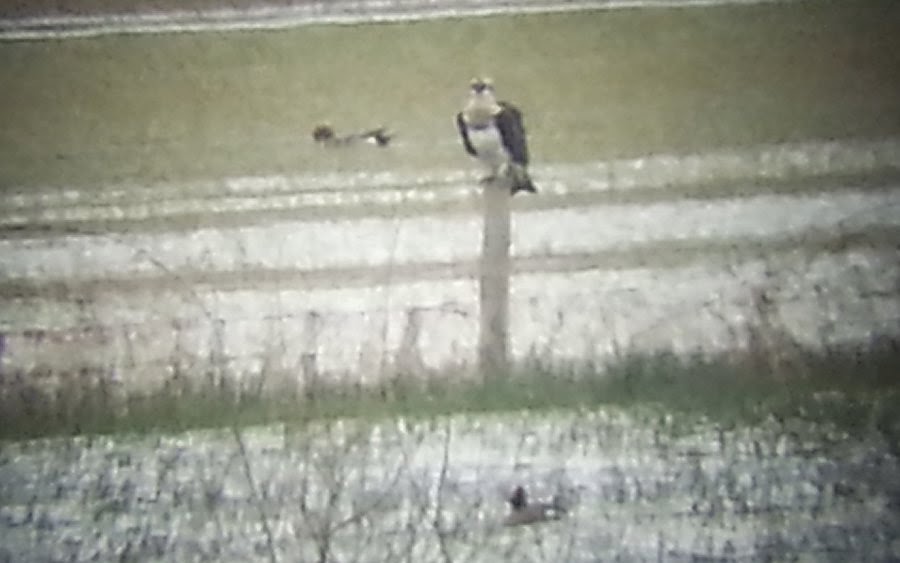 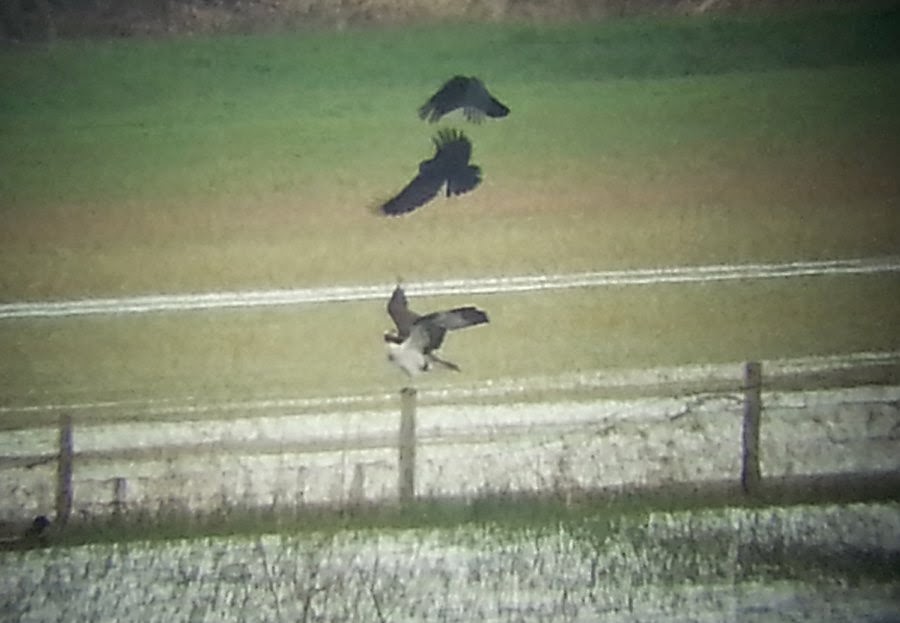 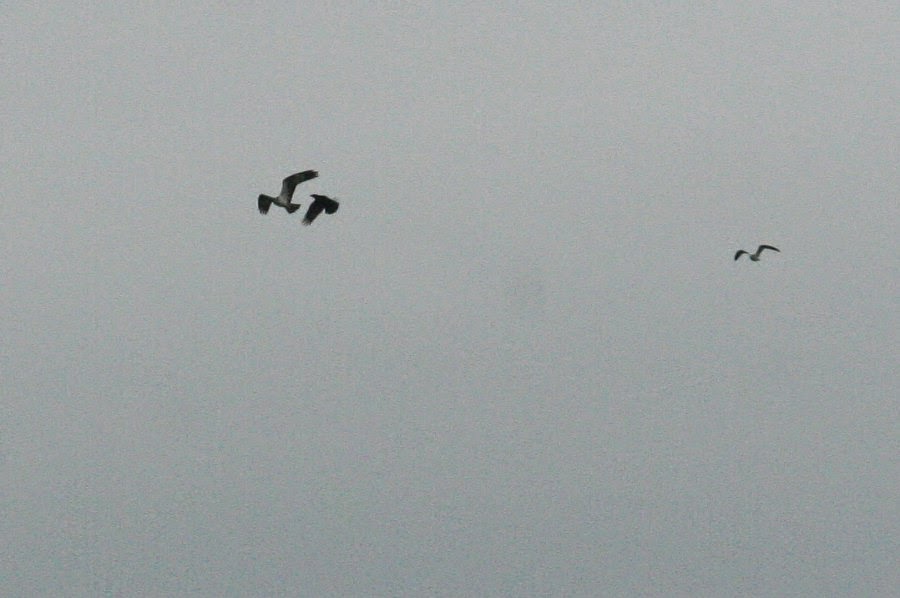