Picked up me Dad and headed north to South Gare. First time I have been here in years and couldn't really remember how to get there. Frustratingly, my little detour round Redcar resulted in the usual 'should have been here five minutes ago, mate' from a birder. Bugger! Anyway, not to be deterred we spent the next hour drifting south along the point scanning and scanning. Suddenly, there was a Bee-eater, sat distantly on the edge of a bush in the dunes. Awesome! We got some other birders on to the bird who were somewhat relieved as they had not showed for over an hour and these were the first Bee-eaters locally since '87 apparently. After a little while the second bird flew in and perched to eat a bumblebee on a nearby bush. The third had headed off south first thing apparently. After a while, they headed along the dunes, passing much closer to us and disappeared over towards the golf course. We drove that way and Dad picked one bird up on a bush with it's blazing gold back facing us. This time, the perched bird was at closer range and we feasted on it's beauty. 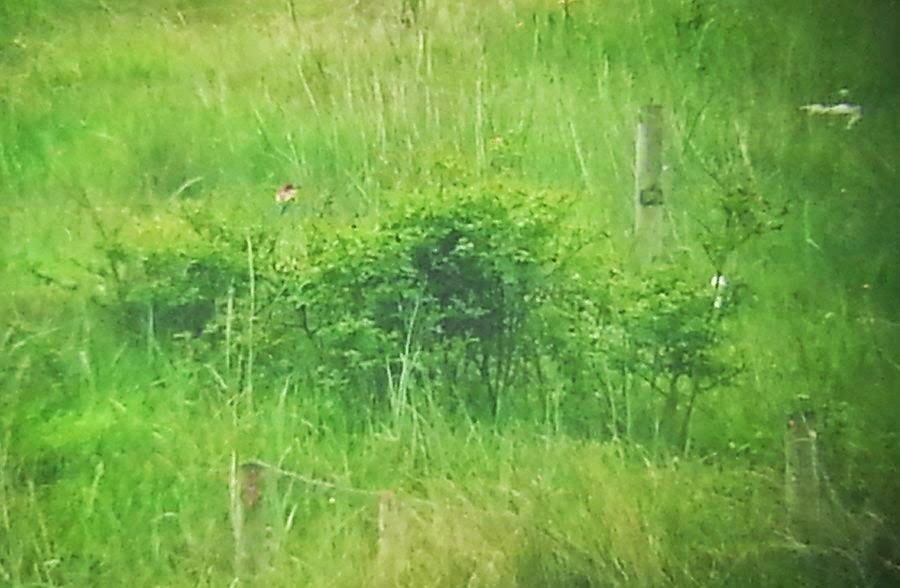 What a cracker. Suddenly, a dog walker appeared and the bird zipped off, joining the second. They headed off across the golf course. We followed them to a warehouse by a hill just north of Coatham Marsh (Tees Valley Wildlife Trust reserve) where they showed really well for a minute or two, devouring bees on the slope of the hill. They then dropped over the hill and towards the marsh and out of sight. 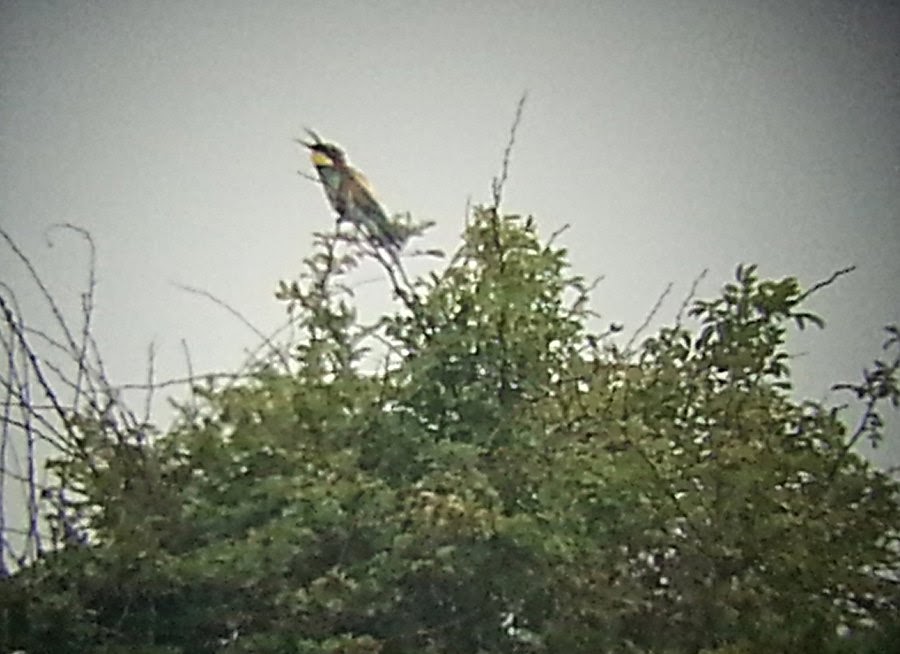 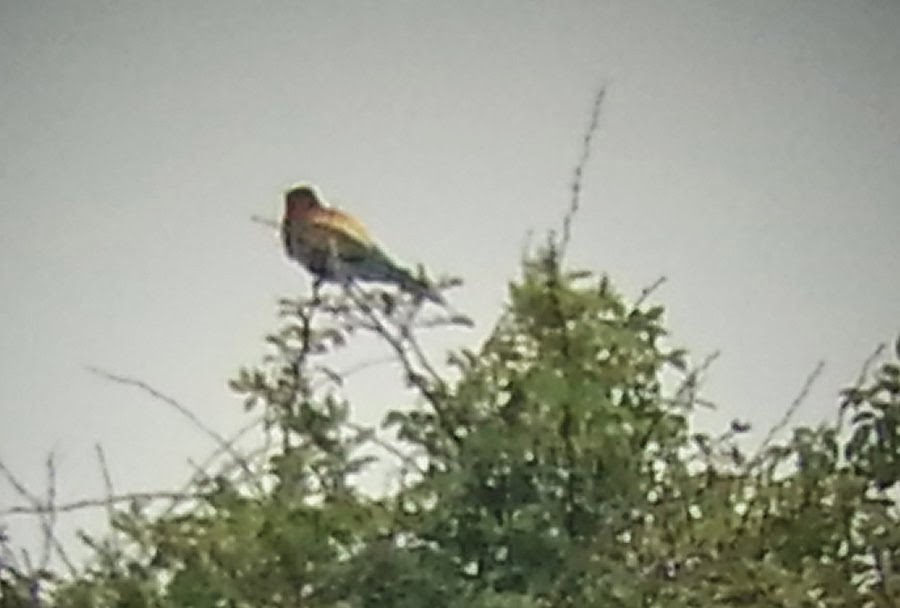 We headed a little south to the remote clifftop idyll of Hummersea, near Skinningrove. Amazingly, we found the site and bumped into a birder we'd seen earlier, who said the Woodchat Shrike was still showing well on the undercliff. For the second time today, by the time we arrived, the bird had cleared off round the cliff and out of sight. Doh! A few others arrived and we scoured the local area for the next hour to no avail. It was enjoyable birding nevertheless with Swifts and Fulmars cruising past and Whitethroats, Linnets and others in the scrub. I was hoping to find a Subalp or something, but sadly not. We decided to head off home as we were already very late (oops!). As we walked up the track we heard a loud whistle, so we turned tail and shot back to the cliff. The shrike had flown in just as we left and was now sitting on top of a dead bush showing beautifully! I owe that birder a pint! Only the third Woodchat I have seen in the UK surprisingly, with my first two in Norfolk and all spring birds. Two Yorkshire ticks in a day - can't be bad. And my Dad treated me to a bag of chips too. Awesome! 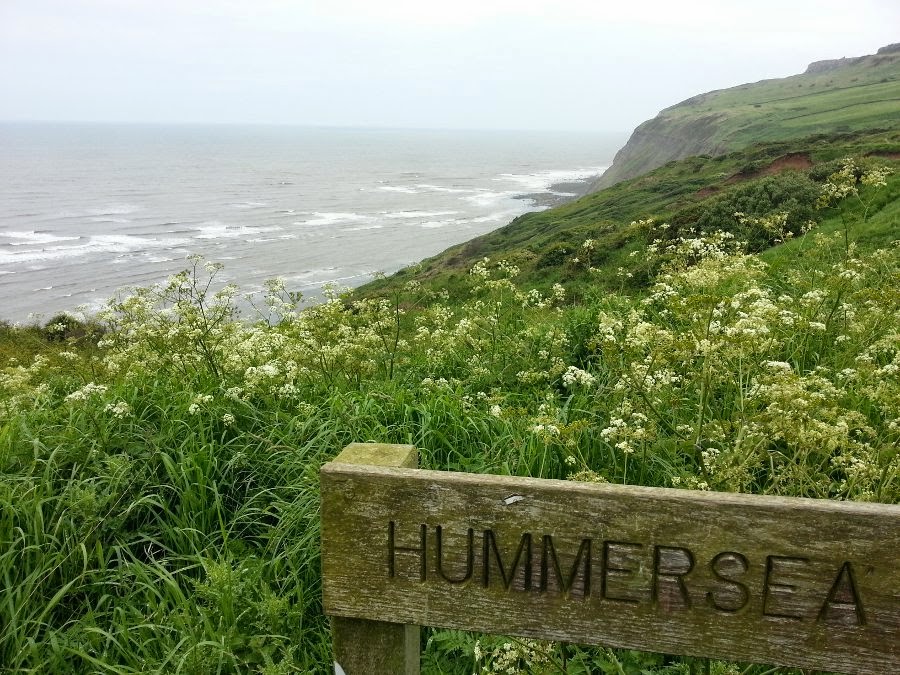 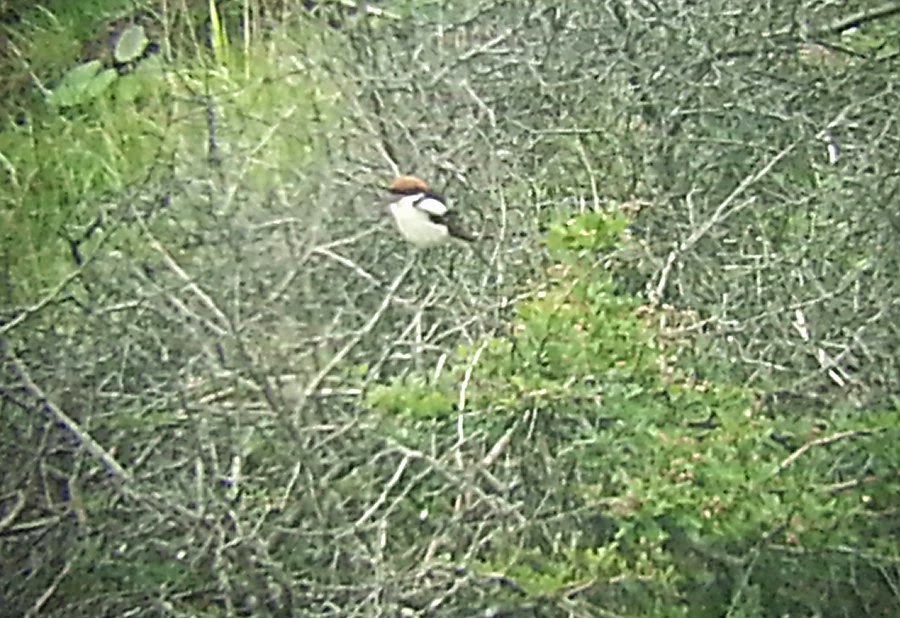