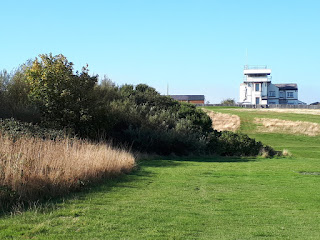 I can't believe that this is only my second trip of the autumn to Flamborough. This year has run a similar course to last, dominated by westerlies and apart from the occasional bit of excitement has been lacking in birds. This feeling of gloom is perhaps exacerbated by the epic autumn of 2016 and its strong easterly flow and torrent of rarities. Last week's trip to Flamborough with Philip was fun, with Short-eared Owl in-off by the lighthouse, a smart summer plumaged Great Northern Diver along with about 50 Red-throated Divers heading south. But as for the land, it was incredibly, exasperatingly quiet.

Today, with southeasterlies and early rain, things looked more promising. I was at Wheldrake Ings for dawn but failed to see yesterday's Bearded Tits, or indeed anything else, save 49 Wigeon, two Tawny Owls and c20 Redwings. Craig showed me a Merveille Du Jour moth he'd trapped - belting!

I failed to find any Golden Plover flocks nearby to grill, so off east I went, via a bacon butty at Fridaythorpe, which showed well briefly (until I ate it). 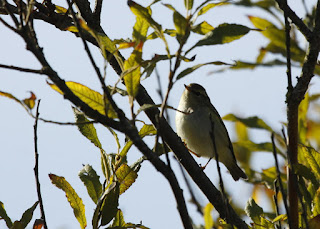 One of six Yellow-browed Warblers.

At Flamborough, I headed first for the Golf Course willows, where almost immediately, a Yellow-browed Warbler greeted me. My first of the autumn - blimey, it's almost mid-October! The little guy zipped around in blowy willows with a couple of Chiffchaffs and a Blackcap. To my delight, flocks of Redwings, Song Thrushes and Skylarks were coming in-off, along with some small gangs of Bramblings. A Rock Pipit was hanging out with a squad of Meadow Pipits on the fairway. The Fall was happening. The skies cleared and the birds kept coming, along with Terrier captain Mark Pearson who appeared along the clifftop path. Great to see something Bearded at last!! 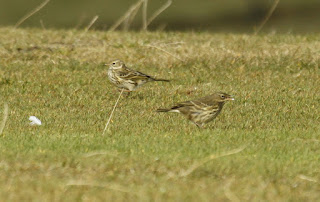 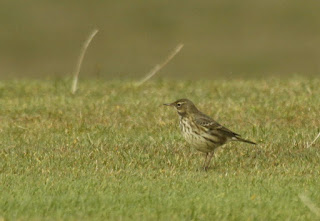 Rock Pipit, with Meadow Pipit on the golf course.


I headed round to Holmes Gut via the Flamborough chippy, which was even more disappointing than dipping the Bearded Tits. A measly portion of soggy, tepid chips. Poor form. 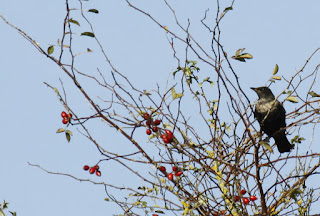 Ring Ouzel. Always a delight to see these hardy thrushes.

A report of a Harrier sp near Old Fall reinforced my plan to visit the plantation before heading home, so I went back round to the south side. I failed to see the harrier, which had made it's way over North Marsh and then over Andy Hood's head who was still in Holmes Gut. In the stretch of hedge between the Old Fall steps and the first perpendicular hedge was another Yellow-brow, Whinchat, Wheatear, Redstart, a Ring Ouzel and a couple of Bramblings. Fantastic Flamborough! Old Fall was surprisingly quiet, with a Chiffchaff and a couple of Goldcrests all it was willing to give up. 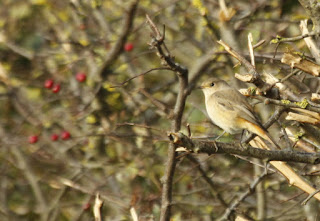 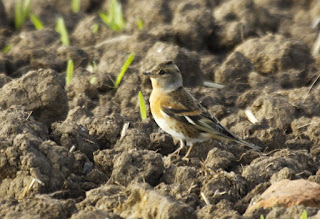 But today really belonged to the thrushes. It was just incredible seeing so many Song Thrushes coming in off the sea, a passage that continued throughout my time on the Head. It was nice to see a first-winter in the hand at Holmes, courtesy of Jim who was busy ringing. They are just so beautiful. At the end of the day, across the road from Old Fall Steps, 53 Song Thrushes, c30 Redwings, two Wheatears and a Fieldfare fed together with some rather bemused Pheasants, in a tilled field, providing a really remarkable sight. Marvellous. I can't wait to return tomorrow! 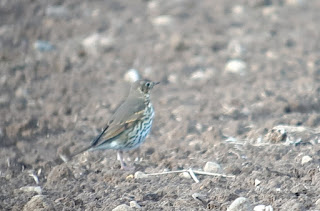 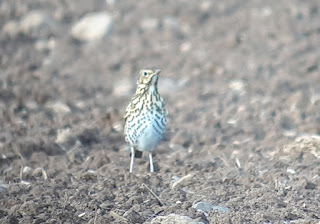 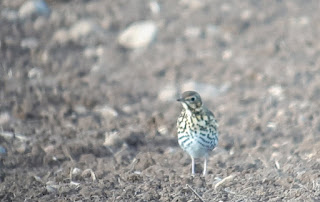