A stunning drake Baikal Teal had arrived in Yorkshire on Friday, after spending a few weeks on the Ouse Washes in Cambridgeshire. The bird showed well at Kilnsea Wetlands before heading north again to Hornsea Mere. I convinced Duncan Bye to leave Wheldrake for a few hours this morning and we headed east to have a look for the bird. 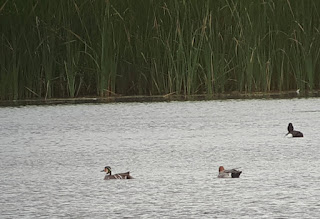 After failing to see it from the south side of the Mere, we headed round to Wassand Hide and saw the bird with three Wigeon on Decoy Bay. A stunningly handsome duck, if accepted as wild, it will be only the eight record for Britain and the second for Yorkshire, so a level of rarity only surpassed by its beauty.

I dipped the previous Yorkshire bird, at Flamborough Head in spring 2013, so this was especially pleasing to see and in much better plumage than the bird I had seen at Minsmere back in 2001. We also saw Hobby, Marsh Harrier, Teal, Goldeneye and plenty of Swifts. Several Cetti's Warblers sang too. 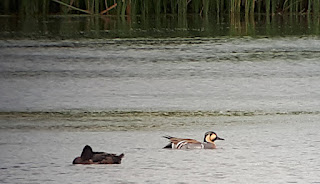 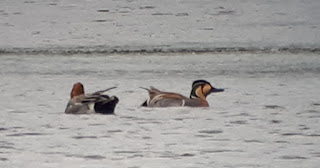 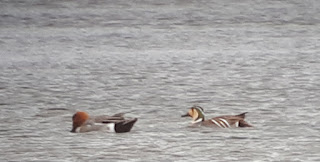 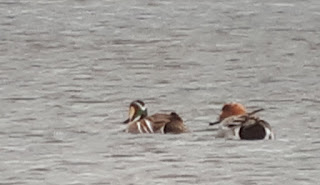 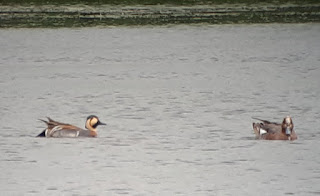 Baikal Teal. Difficult to phonescope in poor light and a fresh westerly wind.


Back at Bank Island, a drake Garganey dabbled about, along with a Little Ringed Plover, Little Egret and three Oystercatchers.
at May 26, 2019