King of the Underwings

When I was a kid, like many birders, I leafed through the pages of my first field guide countless times, dreaming of the day I might clap eyes on such exotic wonders as Bee-eater or Hoopoe. These days, I still do this every time I get my hands on a new field guide, but with broadened horizons, those objects of wonder could be a dolphin, a plant or perhaps even a moth!

One such mythical beast which captured my eye and imagination, was the gloriously named Clifden Nonpareil, or Blue Underwing moth. With a name honouring the Cliveden estate in Berkshire where it was first found in the UK and a clear nod to it's unrivalled good looks, this large greyish-brown moth boasts satin-black hindwings bisected by a stripe of vivid cobalt blue and edged bright white. Blue is a very unusual colour in moths, making this species all the more intriguing. This striking pattern is reputedly flashed at would-be predators such as birds, in the manner of the various moths with coloured or boldly patterned 'underwings' in an attempt to frighten or confuse them. Whilst yellow underwings of various species are common inhabitants of my garden moth trap especially late in the summer, the majestic and un-equalled blue has never made an appearance and with only ten previous Yorkshire records, is unlikely to ever turn up in fact.

So, for one brief moment, the sight of a large greyish moth perched on my house wall close to my garden trap yesterday morning gave me a big rush of adrenaline - could it be the fabled Nonpareil? Of course I knew it wouldn't be, and getting closer I realised it was another cracker, the much more common Red Underwing. I have seen this lovely moth before, but never in my little garden, so this was quite a treat. 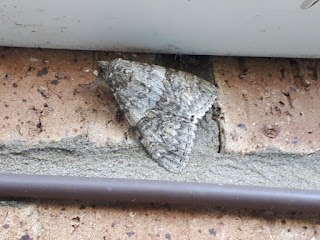 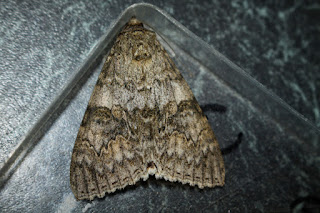 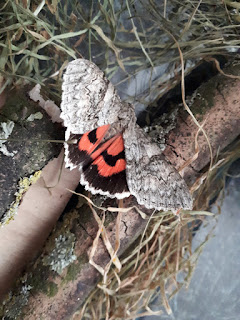 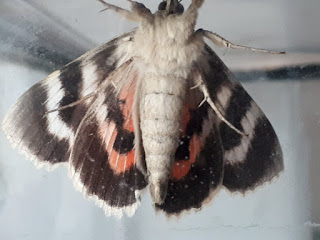 A little later, after Park Run with my old birder mate Dunc, I checked social media and discovered in a moment of serendipity, that Allan Rodda had caught a Clifden Nonpareil at Flamborough the night before! A few messages later and Allan had agreed to show me this wonderful creature later on. Fab!

So whilst many of my birder mates were driving southwest to twitch Britain's first Brown Booby, I cycled to York station and caught a train to Scarborough. A little later and with a cuppa in hand, Allan showed me the moth. And what an absolutely stunning moth it was, patterned pale grey and brown, with black arched lines, and highlighted by a pair of bright white spots in the middle of the forewings- and not to mention those hindwings! It allowed a glimpse of jet and shining blue, fringed white- dazzling stuff. It was huge, being about 50% larger than the Red Underwing, a real king of the underwings.

I took a few pics out in Allan's garden before it started warming up it's wing muscles. Allan wanted to take it back for release at Flamborough that evening and was worried it might fly off, so having had a good look at this beauty, Allan returned it to a quiet spot where it could rest.

Many thanks to Allan and his wife for their hospitality and generosity in sharing this wonderful find with me. 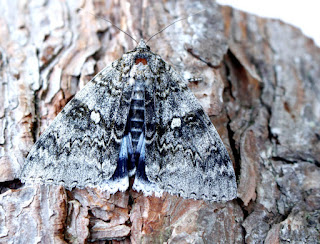 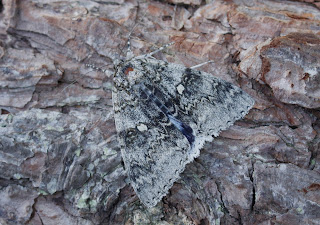 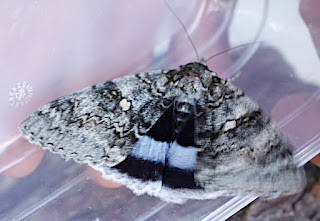