If you'd told me a year ago that next 1st April I would be adding Common Scoter to my garden list, I would have assumed it was some rather geeky April Fool joke. Well, two nights ago, York birding mates tipped me off that there were Common Scoters moving east over Yorkshire under the cover of darkness. I went out into the back garden and apart from the neighbour's noisy water feature, the village was eerily silent. Under lockdown, folks are staying in - very sensible.

I listened intently. Nothing. After a bit, I messaged to say that I had drawn a blank and as I pocketed my phone, to the south I heard the faint peeps of scoters! No way!  A small flock headed east through the night sky, heading for the east coast, with only their distinctive calls marking their course. Amazing! 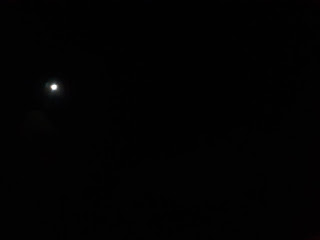 Scoter patrol: Up there in the dark, Common Scoters are migrating...

I had struggled to sleep after my scoter experience and decided I would put more time in this evening. Dusk fell and the news came through on social media that birders over on the west coast had started to hear the calls of Common Scoters heading inland from the sea. It seems three routes are in use - one to the south, connecting the Severn Estuary with the Wash, a middle one Connecting the Fylde coast with the Humber/Yorkshire coast presumably birds following the M62 corridor across the Pennines and then one to the north with birds cutting across near Carlisle and hitting the Tyne. When I lived at Grafham Water in Cambridgeshire we had witnessed Common Scoters, Arctic Terns and skuas using the southern flyway and we had often discussed how they may have followed the channel between the Cotswolds and Chilterns until they got near enough to see the glint of the sea. It seemed that York lay along the middle flyway and birds passing east on a broad front were coming in range of my garden. Excellent.

I headed out about 9.40pm, this time to the front garden to escape the noise of the water feature. Shortly, the much hoped-for sound of Common Scoters could be heard faintly to the north of the village. The birds heading east called continuously. I felt euphoric - this is so cool! A few minutes later, another group passed over, followig a similar route. Shortly, two more flocks went through, this time much closer, or perhaps lower with calls much louder than before. I messaged as many York birders as I could think of and a number of people managed to hear a few passing over. Awesome! 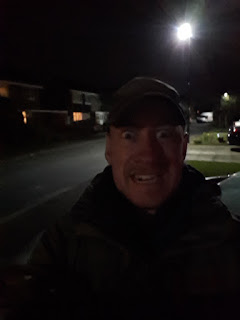 Yet another reason the neigbours think I am crazy!

News of scoters moving meant I was out on Scoter Patrol again around 10pm. Not as good tonight, but still brilliant to get two flocks go through. Even better perhaps, was the hiss of a Barn Owl that flew by unseen followed by a Little Owl calling over towards the river. Brilliant! After half an hour with no more ducks, I decided to head for bed as I was frozen.