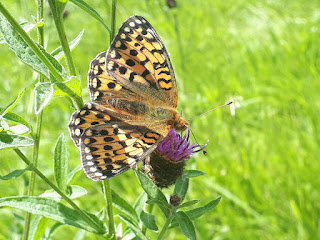 Brockadale, near Pontefract, has become really popular during lockdown - I mean, really popular! It is a super YWT nature reserve; spectacular scenery, lovely grasslands filled with flowers and butterflies, and hanging woodlands along the Went Valley, where birdsong drifts through the canopy. 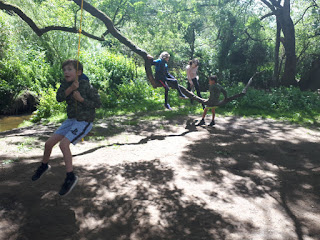 It is a special place and it seems lots of others have discovered it too. Fair play. Most people were enjoying the site responsibly - no litter and only two dogs off leads- great. Let's hope many of these people find a new connection with nature. Our kids had a great time, bouncing on a big bough by the river and checking out this and that. A close encounter with a curious Southern Hawker dragonfly was a treat. 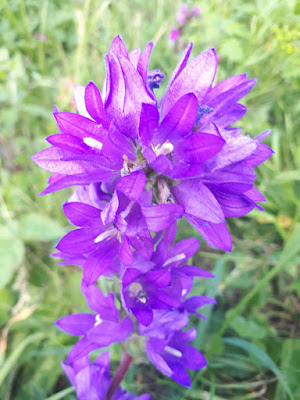 Fantastic butterflies as ever on this site, with at least 13 species seen without really trying. Marbled Whites clustered on the purple bursts of Knapweed, whilst Dark Green Fritillaries skipped through the grasslands. There were plenty of Clustered Bellflowers in evidence; Brockadale is one of the best sites for this impressive flower. The woods were quiet, with Chiffchaffs and Wrens the only songsters noted. A downpour drenched us just before reaching the end of our walk, but didn't dampen our spirits. 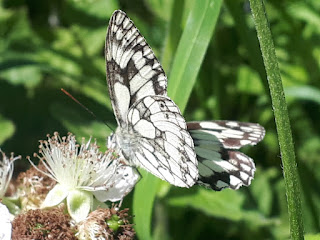 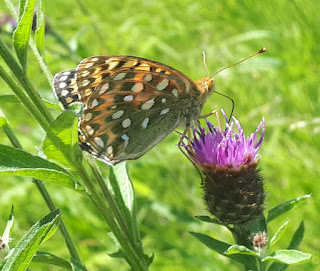 Dark Green Fritillary: Yorkshire's most common and widespread fritillary. The dark-green inner part of the underside of the hindwing is not massively obvious, but was enough to give this species their common name.

Mating Dark Green Fritillaries. It was interesting to see that the female seemingly holds still while the male walks and actually flies about, dragging her motionless body behind.
at July 09, 2020