It will tern out well, lad

With reports of a pod of Bottlenose Dolphins lingering off South Gare on Saturday, I was desperate to head up there and look for them. 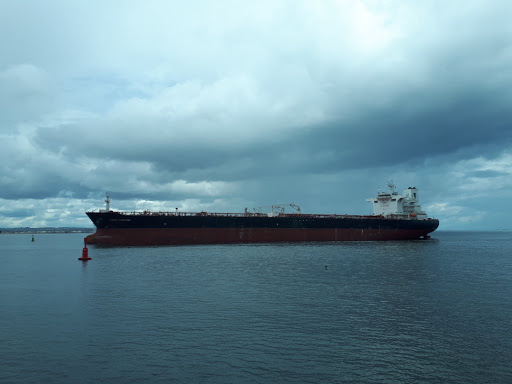 The size of the vessels coming in to the Tees is incredible. This tanker was absolutely massive. 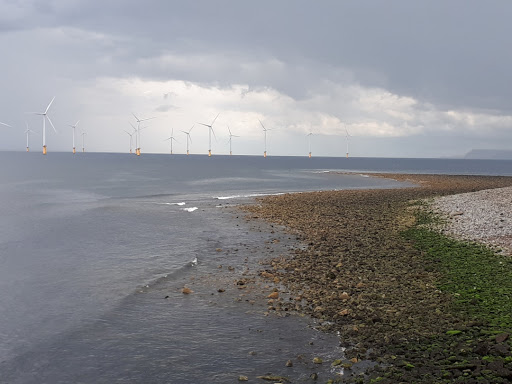 A stormy South Gare. The terns roost on the edge of these rocks.
I spent a squally Sunday morning looking around the area without success, with only a handful of Grey Seals providing the marine mammal entertainment. 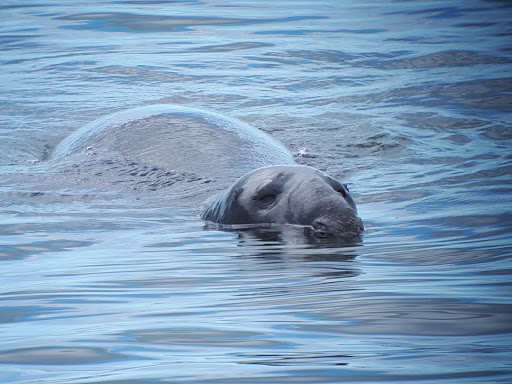 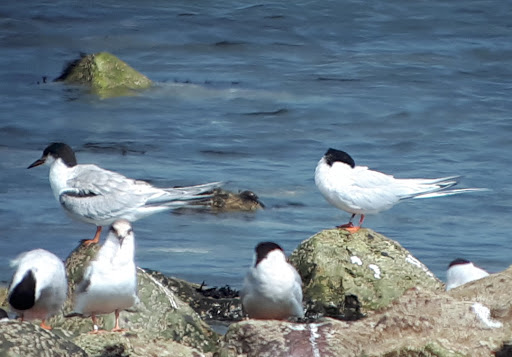 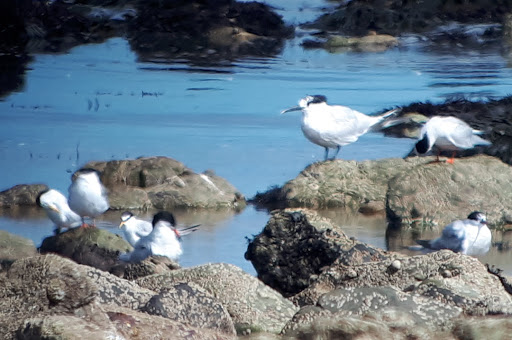 Sandwich, Little and Common Terns.
The birding was great, however, and I spent a few enjoyable hours sifting through the mixed flock of terns roosting on the rocks. Among c300 Common Terns, there were c50 Sandwich Terns, 8 Little Terns, 2 Arctic Terns and best of all, an adult and accompanying juvenile Roseate Terns. This seems to be a regular post-breeding spot for this species. I kind of hoped for the wandering Sooty Tern to rock up, but I decided that was just greedy. A Red-necked Grebe was an unexpected surprise on the sea nearby - not what I would have expected in early August - whereas some passage Whimbrels, Sanderlings and Turnstones were more standard fare. 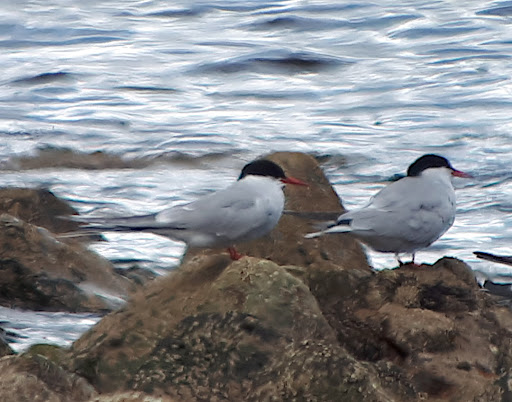 Adult Arctic Tern (left) with Common Tern. The only adult Arctic I could see. Much neater than Common, with shorter legs and bill. Much more attenuated with smaller rounded head - cuter appearance. The juvenile Arctic Tern below shares the appearance, but without the long tail streamers. A very attractive bird, with wholly black bill and silver mantle, unlike the orangey billed, ginger-backed young Common Terns. 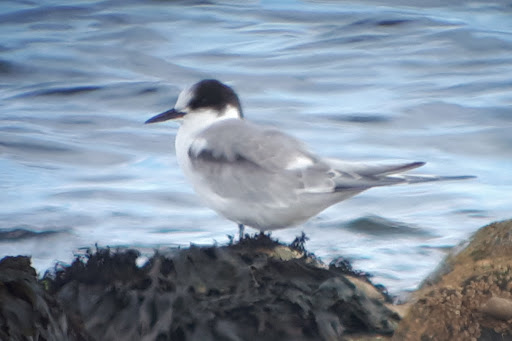 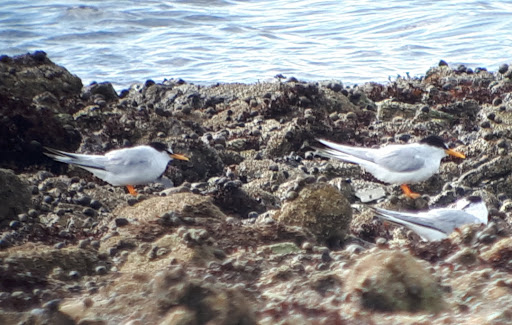 Above: Little Terns. Tiny in comparison to the other terns present. 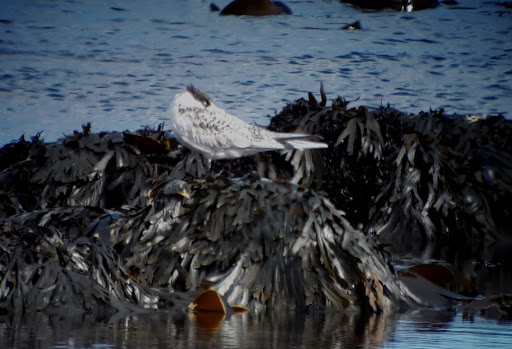 Juvenile Sandwich Tern. Similar in appearance to a juvenile Roseate Tern, but much bigger and bulkiet, with hint of the adult's crest.
Roseate Terns. Much whiter upperparts of adult Roseate Tern, with thin black lower edge to folded primaries is really distinctive and the bird stood out from the greyer Common Tern throng. The juveniles are distinctive too, once known, looking like a pint-sized Sandwich Tern juvenile. 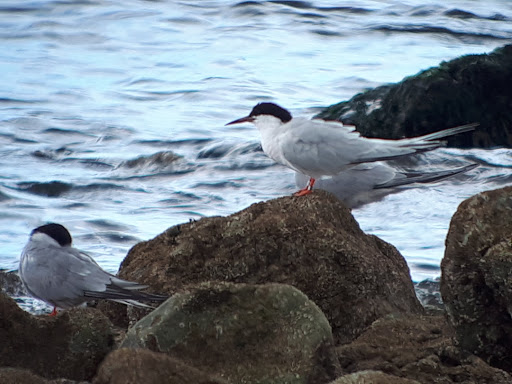 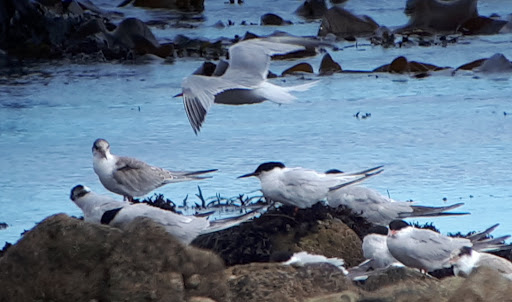 Adult Roseate Tern. Compare the shade of the upperparts with the nearby Common Terns, and also the closed primary pattern.
Just as I was about to leave, I got a message to say the dolphins had been seen, off Marske! Twitch on. I shot round there and into the seafront car park. After a moment of nervous scanning, the large dorsal fins of a quad of Bottlenose Dolphins broke the surface just offshore. Superb! After watching them for a bit, I went further south to Marske churchyard where I met Ian Boustead (thanks for the news Ian!) and we had great views from there. Another pod of c12 were further out and for a while were relentlessly harassed by five photographers in a rib. The dolphins put on quite a show but were clearly very distressed by the boat buzzing them. I rang the police and then the coastguards to ask them to intercept these idiots and have a word. Despite this shocking scene, it was a lovely morning and I was delighted to finally catch up with these wonderful cetaceans in Yorkshire waters.
I put together a little video of the dolphins on Youtube.
at August 03, 2020