Team Birdo, well, five birding mates (in pic below, left to right, Simon Patient, Mark Hawkes, Duncan Poyser, Ben Green), met up this weekend for our annual birding beano, general hedge watching, beer and high jinx. It was the start of Mini Migweek at Filey - Flamborough, so a fitting time to be on the coast. 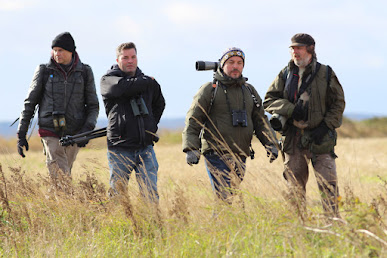 Team Birdo. Not as young as we once were, but just as daft.

As usual, the weather wasn't especially promising, with northwesterly winds, but we enjoy a challenge, so put in dawn 'til dusk stints on the Great White Cape of Flamborough Head each day. Lots of staring into bushes, scanning stubble fields, walking the hedgerows and staring up into the mesmerising foliage of Sycamores was in order! Along with a bit of seawatching of course! 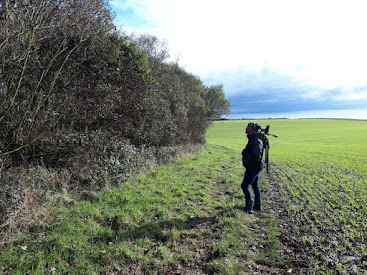 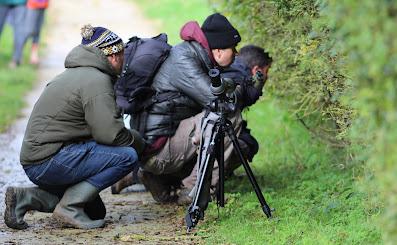 If you stare long enough....

Friday night, Mark and Simon arrived in effervescent mood, having tracked the Bearded Vulture for 12 hours until it crossed the border and made it on to Mark's impressive Cambridgeshire list. That was a great start to their weekend!

Having consumed a little too much beer and having enjoyed a little too less sleep, we started proceedings off with a seawatch standing in front of the seawatching hide. Team Birdo wouldn't seek the comfort of being inside the hide, oh no! (only joking - covid restrictions meant there was no room).

A couple of hours revealed a smart first calendar-year Yellow-legged Gull, adult Mediterranean Gull, several Sooty and Manx Shearwaters, Great and Pomarine Skuas, but best of all, a Merlin that came 'in off'. After food, we headed round a quiet Old Fall loop (highlight a smart first calendar year Caspian Gull -see below), before heading over to Bempton. 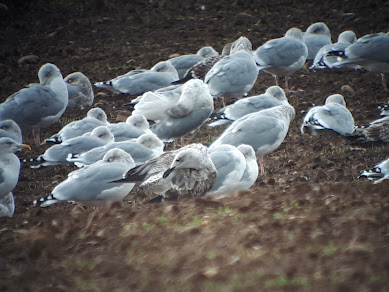 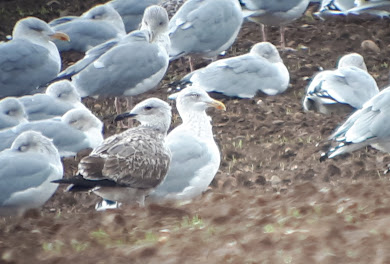 I haven't seen many early October Caspian Gulls, so good to see this bird moulting into first-winter plumage, with still lots of retained juvenile feathers and quite a lot of streaking on the crown. The bird did some nice stretches showing off Persil white axillaries, a good indicator of a pure Casp.

We spent the afternoon at South Landing, where at least three Yellow-browed Warblers zipped around among their drabber Chiffchaff cousins amid frenetic Long-tailed Tits. Late on, Ben picked up a skein of geese coming in from the southeast over the sea. Orange bills and feet suggested Greylags at first but as they closed in, it became apparent that they were Bean Geese! 19 of the beauties! They went overhead, uttering an occasional low honk. We were pretty sure they were Tundra Beans, but waited until later to check the photos to be sure. The geese looked like they were looking to land somewhere, but a check of all likely spots revealed little. Fresh in from Denmark probably, absolute class. We ended the day as we started, with an enjoyable hour's seawatch, followed by a superb home-cooked curry - nice one Ben! An artist in the kitchen as well as with a paint brush! 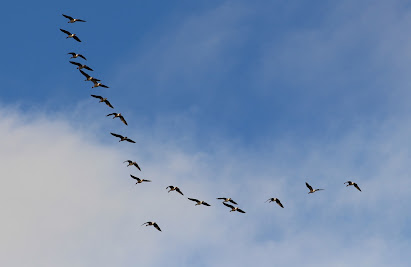 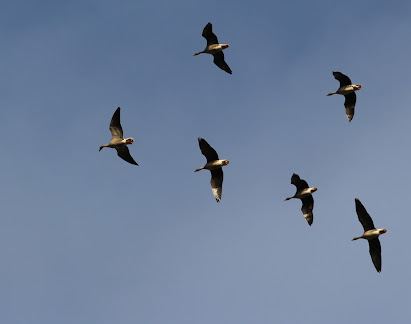 With a fresher wind and heavy squalls tumbling like airborne glaciers down the North Sea, we again started with a seawatch, although small flocks of Redwings and Blackbirds were arriving from the sea. Only Mark was sharp enough to pick up the two Grey Phalaropes which were called by the birders in the hide behind us, but we did get lots of Sooties and Manxies, a distant Pomarine Skua, a couple of Bonxies, Goldeneye, Red-breasted Merganser etc. It looked good for a Leach's Petrel, but if we couldn't pick up a phalarope, we had no chance really! Some showy Harbour Porpoises and some porpoising Grey Seals were smart.

We decided we should check out Old Fall again. A Short-eared Owl flew over as we walked past the golf course - high up in the blue sky, a fresh arrival we suspected. 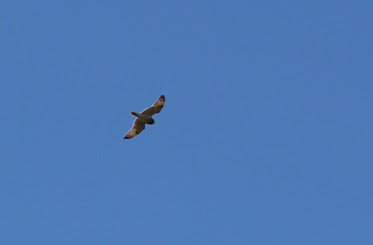 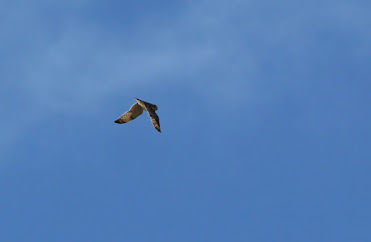 Old Fall hedge was alive with birds - lots of small flocks of Redwings erupted from the depths as we walked down to the plantation; Blackbirds streamed down the hedge and headed off across the fields, where yesterday there had been none. Brilliant stuff - migration in action! A tired Brambling reluctantly flew up into the hedge from the grass. Siskins and Lesser Redpolls called overhead. Down at the plantation, Redwings and Blackbirds flew in every direction. I waited by the bridge as the lads carefully walked up the north side of the wood - 52 Blackbirds and over 30 Redwings flew out of the bushes and into the hedge - amazing! Nothing rarer was among them, but this was a thrilling spectacle.

After a quick stop for lunch and packing our bags, we did South Landing again, which revealed several (continental?) Coal Tits, a smart Ring Ouzel, a couple of Yellow-browed Warblers and lots more thrushes. We walked the loop round Whelkie Wynds, a wood just east of Flamborough village, but it was relatively quiet, with three Bramblings the only birds of note. 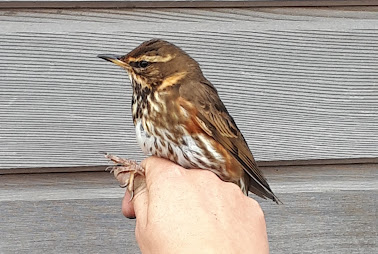 Redwing, caught by ringers near South Landing. What a stunning bird!

We ended the day with what else, but another seawatch. It was quiet, but a relaxing way to end a fab weekend on the headland. We didn't find 'the big one' but enjoyed a wide range of fab migrants, from seabirds to geese, thrushes to tiny Siberian sprites. Class! 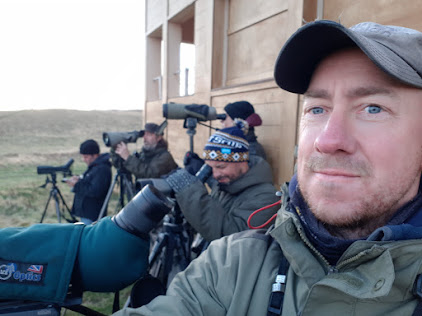