Madeira is a great place for marine mammals. Whales and dolphins can be seen from the shore throughout the year and there is a thriving whale-watching industry. Deep water close to shore means there are regular sightings of some of the deep-divers, such as beaked whales and Sperm Whales. Several species are present year-round with others more seasonal, or passing by. We did pretty well although only had time for one actual whale-watching trip. During the week we recorded five species:

A mother and a calf swam east along the south shore past our balcony on 27th September whilst waiting for our Covid test results to come through!

The distinctive bushy blow of this species was seen distantly from Port Moniz, to the east of Mole Island on 28th September. We were scanning over the top of the Cachalot restaurant at the time!

Several fantastic individuals were seen very close to the RIB off Funchal on 29th September including a couple of calves and a small pod were seen from the boat on the return journey from the Desertas on the 30th. 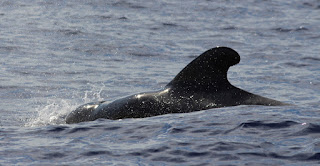 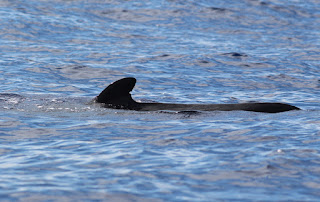 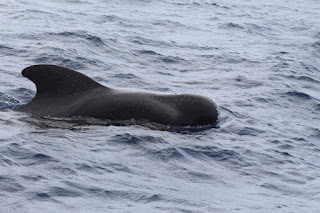 Short-finned Pilot Whales. The name refers to the pectoral fins which are shorter than their longer-finned cousins which live in more temperate waters. In a normal surface view they are identical. In the video below you can make this out on the mother.

A pod accompanied the Pilot Whales from the RIB on the 29th September. 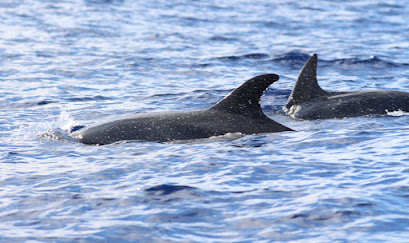 A large pod of c50 were seen to the south of Canicho on 27th September, many of which were very acrobatic. A pod approached the boat as we returned from the Desertas on the 30th and a couple of them rode the bough for a while.

Madeira is also one of the few haunts of the rarest pinniped in the world, the Mediterranean Monk Seal. This large seal is thought to number only 700 individuals with a loss of habitat and direct persecution being largely to blame. The seals breed in small sea caves along rocky coasts these days and disturbance from tourism and development has resulted in the loss of many suitable sites. Persecution from fishermen has been a big problem over the years too. The remaining population is limited to about four locations, which is pretty tragic considering the original range. As Madeira is one of the main areas we asked people wherever we went if there were any recent sightings. Many locals had seen them, but stressed they were very rare and hadn't seen any recently. Our best chance seemed to be a trip to the Desertas Islands where they are known to breed. Conservation efforts on the islands have really helped the population start to recover but we really didn't expect to see one.

At anchor close to Deserta Grande, one of the crew suddenly exclaimed that there was a Monk Seal on the surface off the stern. Try as we might - and Philip has incredibly good eyesight, we could not see it. After a while, we decided he must have been mistaken, but he was adamant...later on, the same guy said he could see it again and once another member of the group said they could see it, we got really excited. After a few tense minutes, there it was, lying low on the surface about 20m away. Incredible! In reality it just looked like a distant seal, but it is a colossal rarity so very exciting nevertheless.

The seal then dived and seemingly disappeared. Wow! We had seen a Mediterranean Monk Seal! To our amazement, it surfaced much closer - no way! This time you could actually see the length of her (a female we think) and features of her head. 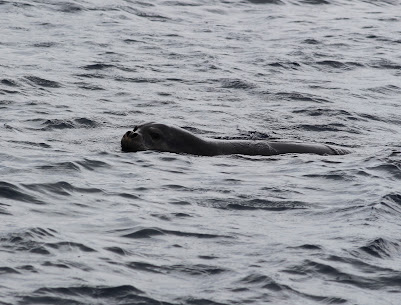 But she wasn't done there. She proceeded to swim straight towards us and down the side of the boat. Absolute scenes! 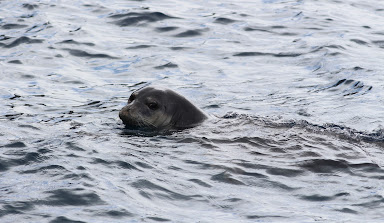 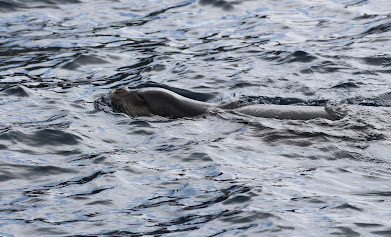 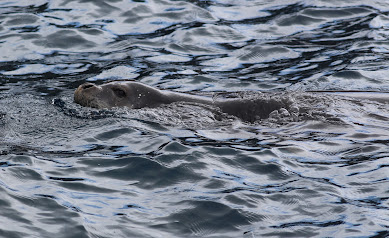 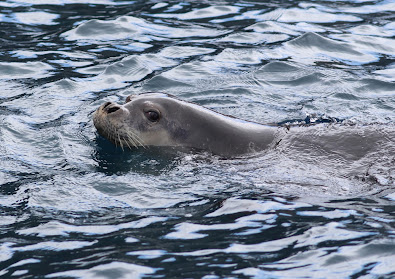 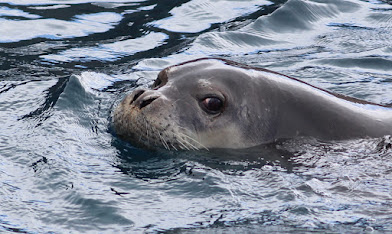