The March of Spring! 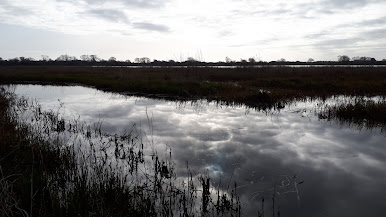 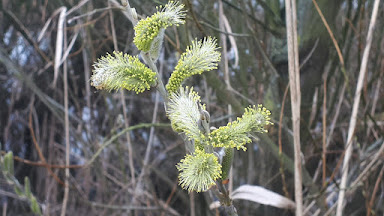 Three visits to Wheldrake Ings in four days. The highlight was a big movement of Icelandic Whooper Swans which departed the Ouse Washes to the south in a mass exodus. Large herds were seen throughout Yorkshire, though mainly on the traditional flyways. The LDV received its fair share, with big groups dropping in to roost at the southern end of the valley, before heading off a couple of hours after dawn, passing through Wheldrake on their way north. I assume they rest again on the west coast, before doing a long hop up to Iceland. They really provide a breathtaking spectacle as they effortlessly trumpet their way north, keeping in formation. Majestic!

As if the Whoopers weren't good enough (they were), even better was to come, when I picked up the distinctive, elagant forms of two Common Cranes flapping imperially west over Storwood. I watched them pass over the Low Grounds and let Duncan Bye know, who I knew was at Bank Island, and Adam Firth who was at home in Elvington.

Fortunately, the Cranes headed purposefully northwest and went straight past Duncan, who grabbed a couple of great pics - see below - before continuing past Adam a few moments later. Perhaps the same birds were seen heading northwest at Brockholes, Lancashire, three hours later on. 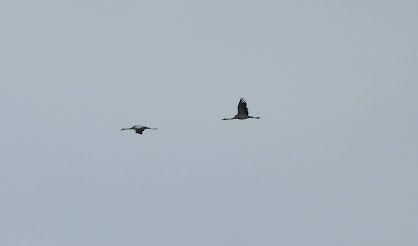 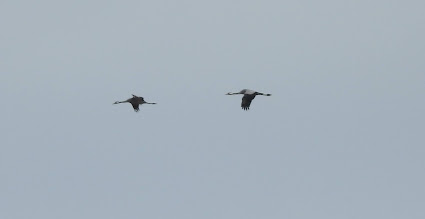 Cranes. Simply stunning! March is a good time to pick up Cranes drifting across the North Sea as they head up to Scandinavia to breed.

Also Iceland-bound, were c50 Black-tailed Godwits, whilst in the reedbed a Cetti's Warbler was still singing. 40 Fieldfares and a handful of Redwings were also seen and three singing Willow Tits were along the riverside path. Absolutely class. Still no Sand Martins though!