I have walked a fair few miles over the last few days, looking for migrants, with my particular target being Ring Ouzels, which seemed to be turning up all over the country. Nevertheless, it was not to be. I began to think even a Wheatear would have been nice!

Things started well, with a female Common Scoter (see below) being a nice surprise at Wheldrake on Friday first thing, with a flyover Great Egret, and the Black-tailed Godwit flock on the refuge the main highlights, along with my first Sedge Warblers of the year. 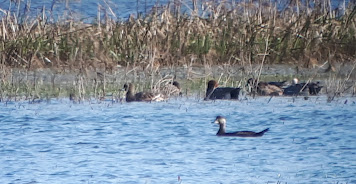 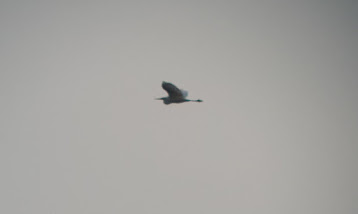 Nothing seemed to be moving in the cold weather, so I headed up to the Forest for a Goshawk fix. It is getting on a bit in the season now and I wasn't that surprised that they were not too showy, as presumably some birds are on eggs. Nevertheless, a couple of males performed occasionally above the ridge, one sparring with an immature Peregrine and another with a Buzzard. Just before I headed back to York, two stiff-winged females (an immature and an adult) got up and displayed for a few minutes, even engaging in a bit of a dogfight, complete with grappling talons. The immature shot off into the distance whilst the adult stooped back into the dark of the forest. A Dipper showed well on a nearby river, collecting insects to feed its unseen brood. 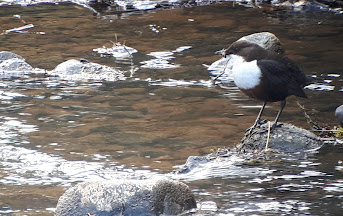 After another fruitless and snowy (no, really!) search of the nearby fields for ouzels, it was heartening, well, gripping, to hear that Rob Chapman had found a Ring Ouzel at the Heslington Tilmire. To lift myself out of birdless gloom, I twitched it in the evening. Initially, it was found feeding on a tilled strip alongside a hedge at about 500 metres range - standard Ringo distance - but after an icy-cold wait, it hopped all the way towards me, to within about 20 metres and gave great views. A Wheatear was also present along with at least eight Golden Plovers and a Barn Owl flew past, flushing the Ouzel. 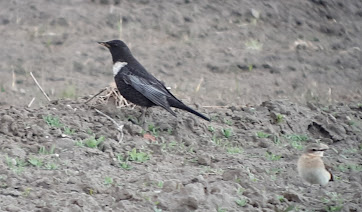 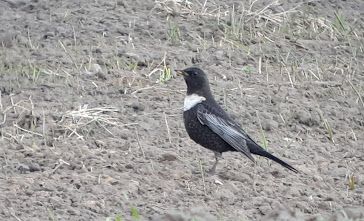 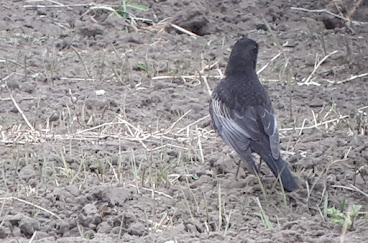 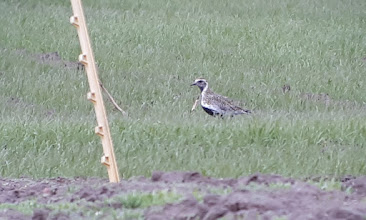 In other news there have been two Little Ringed Plovers at Acaster Church Ings over the weekend and I collected 19 Swift boxes from Neil all ready to put up around York! 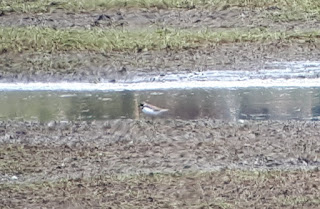