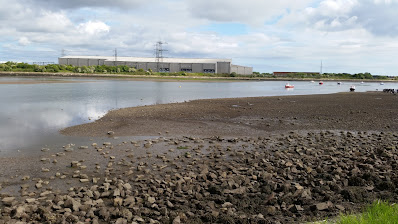 The adult Red-necked Stint was watched feeding along the edge of the north shore of the Blyth Estuary, with a flock of Ringed Plovers and two Dunlin. It was about 300m away initially, but after the flock was flushed, they settled on a spit in the middle of the estuary at about 200m, where it could be grilled more closely.

The bird had a neat brick-red gorget, with a few black streaks on the lower border, in the otherwise white underparts. The gorget looked dark at a distance, contrasting strongly with the white belly and pale throat, standing out even in flight. The throat and supercilia were pale with a slight rufous wash, the latter split in front of the eye. The crown was finely streaked. The upperparts were a mix of new blacker feathers with nice chestnut edges and some presumed non-breeding grey feathers with dark central streaks. Some whitish edges on the mantle feathers created some 'braces' akin to a juvenile Little Stint. The stint was a bit more lethargic in it's feeding actions than Little Stint with a more horizontal carriage and an attenuated rear end, shortish dark legs and a short dark bill. 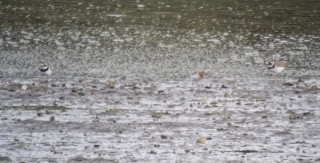 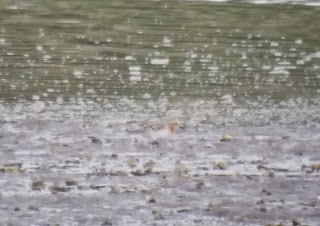 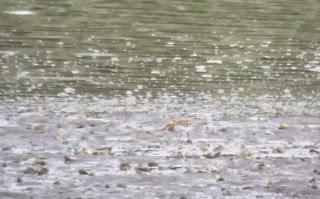 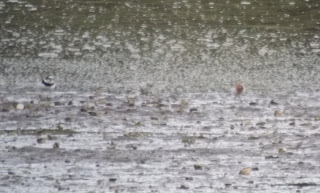 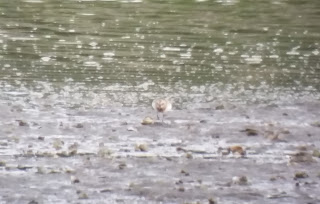 This is the second Red-necked Stint I have seen in the UK, the first being the UK's sixth at Somersham Gravel Pits, Cambridgeshire on 21st September 2001. This remarkable find by John Oates was watched on a muddy flooded field with a flock of Little Stints. It ended a 15 year grip-off by my Dad who had seen the 1986 Blacktoft Sands bird, the first for Britain, although it is still a painful omission from my Yorkshire list. Back in '86, I did not know what a RNS looked like, so had to get a bus into York to look at the recently released Shorebirds book!

Red-necked Stint remains a huge rarity in the UK, with this bird only the eighth record. Since the Somersham bird, there has been a single observer sighting in Dorset in 2010 and that's it - so this is a huge find and it was well worth the drive north to see it.