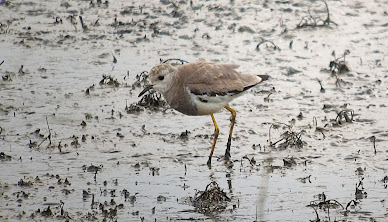 Heading for Headingley to watch the second day of a thrilling cricket match between England and India, news broke of a White-tailed (Plover) Lapwing at Blacktoft Sands. This is the first record of this leggy eastern wader for Yorkshire and only the seventh or eighth for Britain, so a very rare bird. Would it stay until tomorrow? I tried not to think about it too much and enjoy the test match with my Dad and sister. It was a thrilling match and seeing Joe Root score a century in front of his home crowd was fantastic; Joe seemed to enjoy is as much as the crowd! The bird was present until dusk, so I went to bed with a feeling of optimism and an alarm set for 5am. 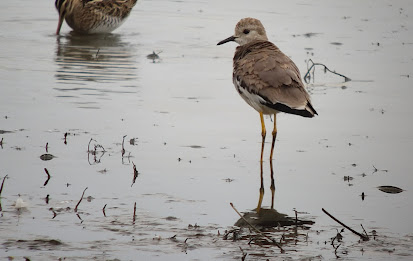 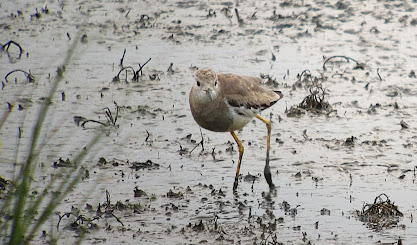 After a short drive to Blacktoft, I arrived on site not long after 6am with only a handful of birders present and no news to lift or destroy my spirits. Thankfully, the bird was still present on Townend Lagoon and at times the closest bird to the hide! I enjoyed superb views with the 15 or so birders in the hide including Marc Hughes, Tom Broxup and other familiar faces. The lagoon was teeming with waders, with Spotted Redshank, c25 Black-tailed Godwits, 48 Snipe, Green Sandpiper, etc and a couple of smart Bearded Tits were feeding at the base of nearby reeds. After watching the superb Lapwing for a while, the lure of seawatching at Flamborough was too strong, so I gave up my space to arriving birders and headed east.