The legendary (not really) Team Birdo weekender was held in North Norfolk last weekend. Sadly, the team had dwindled to Dunc and myself, as Ben was in Scotland, Mark was sadly ill and Simon was knee-deep in nappies. The weather had a slight easterly feel in the wind, though we were perhaps clutching at straws a little. Well, a lot, as it turned out. After two cracking days at Flamborough, I headed south on Friday, my first destination the sprawl of gorgeous dunes at Holme. I used to work here from time to time, back in my Norfolk Wildlife Trust days, so I was intrigued to see how it had developed. 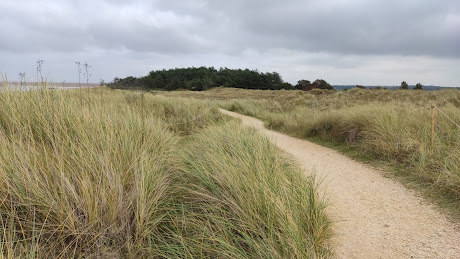 I took a walk from the pines all the way back towards the entrance through the dunes. It is a beautiful place, with stunning areas of lichen-clad dune slacks, large banks of Sea Buckthorn and Elder tangles. I passed the bushes where I had lucked out with a Red-flanked Bluetail about ten years ago - see here - they still looked good! Today, however, it was super quiet. I pished a couple of Blackcaps out of the bushes and had a Brambling fly over, but that was about it. The path was strewn with basking Common Darters and a few Painted Ladies bounded past, but otherwise, it was quiet.

On to Titchwell, I spent a relaxing few hours grilling a close Golden Plover flock looking for a Dotterel or rarer Goldie, but sadly there wasn't anything of interest. A fine first-winter Mediterranean Gull was loafing with the Black-headed flock and a Little Stint added a bit of wader interest. A Black-necked Grebe on the sea was a pleasant surprise but best of all were the Bearded Tits in the reedbed close to the path. It was a very calm afternoon, and the pinging of a multitude of Beardies could be heard. One male showed beautifully feeding in the tops of the reeds giving me the chance to really soak up his hirsute handsomeness in the scope. 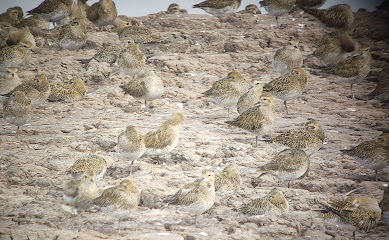 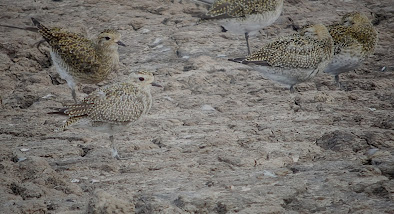 Quite a few washed-out, faded looking Golden Plovers, like this one in the bottom pic. One or two birds only had traces of their black belly feathers, remnants of their breeding plumage.

I just love first winter Med Gulls. They have a certain charisma that just kicks ass.

Met up with Dunc then headed for some pints of Ghost Ship and birding tales at the Golden Fleece in Wells. A good start to the weekend. 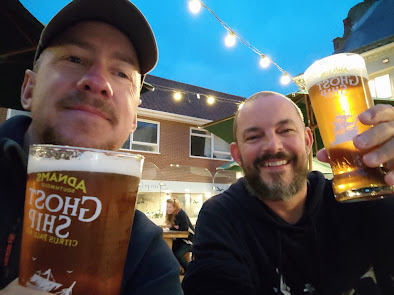 We headed out early to Cley beach car park, in order to walk to Blakeney Point, ignoring the tantalising news of Britain's third Long-toed Stint which had been identified in West Yorkshire, as best we could. 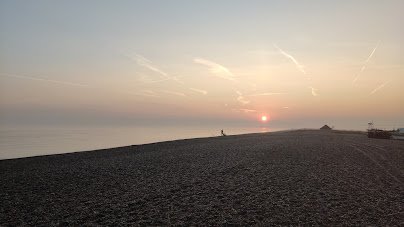 It was a gorgeous, if gruelling, walk along the shingle. Several Red-throated Divers were fishing close in on the sea, but there was little in the way of migrants, except a handful of Song Thrushes and a Wheatear. We trudged on to the end dreaming of Sykes' Warblers and Alder Flycatchers, and were pleased to find a few migrants in the plantation, though nothing quite so rare: two Bramblings, two Chaffinches, two Blackbirds and a handful of Redwings. It was a long walk back, with little to show for our efforts, but it had been great fun nevertheless. 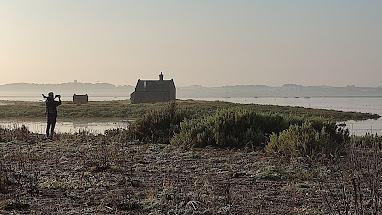 Dunc at the infamous Halfway House 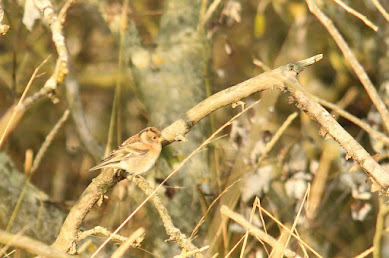 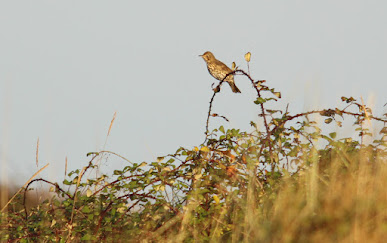 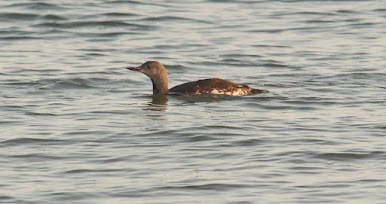 Up early again, Dunc picked up two adult Med Gulls in the field across from our cottage in Wells through the steamy kitchen window whilst we were sorting breakfast. Nice work.Today we walked from Lady Anne's Drive, Holkham, along the line of pines and through Burnham Overy Dunes to Gun Hill. Another site with an impressive record for rare birds, but not today. Again, very quiet, with three flyover Lapland Buntings the pick of a tiny bunch, that included two Blackcaps, two Chiffchaffs and three Redwings. It is hard to believe walking through this area in early October, without a single call from a Yellow-browed Warbler. Strange times! 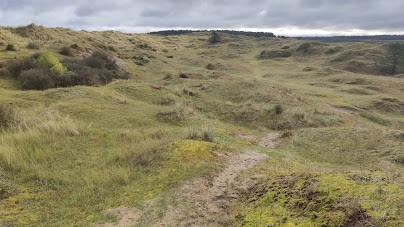 After our long walk, we headed to Titchwell, which yielded much the same as Friday. Additional birds included a Cattle Egret loafing with the gulls and a distant Arctic Skua chasing a Common Gull out over the sea. Dunc, who was made of tougher stuff than me decided to continue birding for the last couple of hours; I decided to call it a day and head back north. So long Norfolk, til next time!