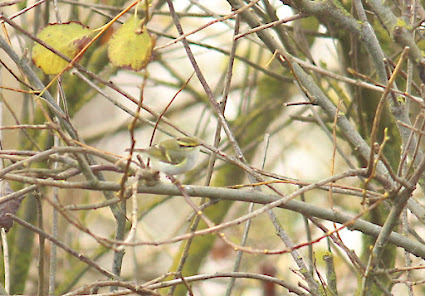 With the day off, I headed back to Flamborough Head, across the Wolds beset by thick fog. I descended onto the headland and the murk cleared somewhat, which was a relief. I spent some time with the Pallas's Warbler at the Golf Course bushes, which showed beautifully mid-morning, but always at a distance. After doing the Old Fall loop, I returned for another look and after almost giving up - it had become more elusive - the sprite suddenly appeared in a nearby bush as I ascended the steps. Sadly, my photography skills let me down, but through the bins, views were incredible and brought clear collective joy to the small group of birders present. 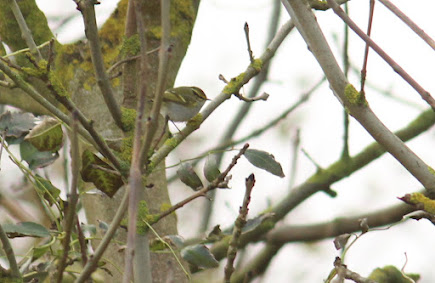 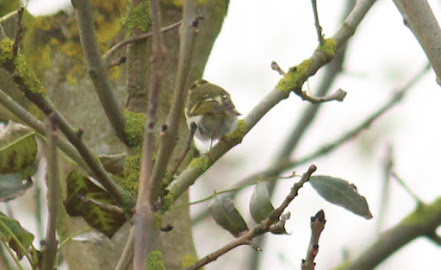 Pallas's Warbler, with just a hint of lemony rump showing in the lower photo 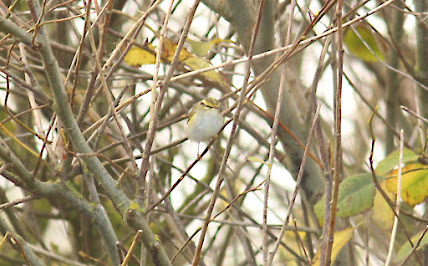 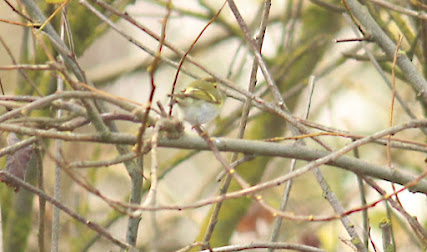 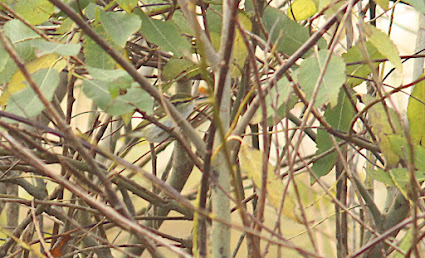 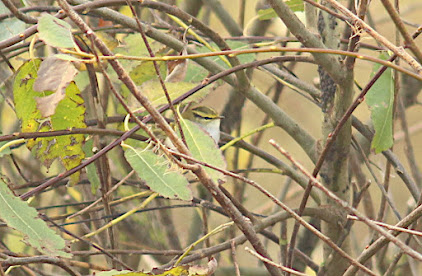 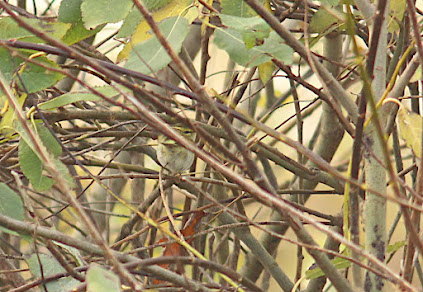 The loop was rather quiet, with a Snow Bunting bouncing around over Cattlemere, a flighty Blackcap in the hedge nearby, 21 Curlews dropped into the sheep field and six Golden Plovers came in off the sea.  Yesterday's Long-tailed Ducks were still present off the cliffs, now escorted by two Velvet Scoters. One Woodcock departed the plantation, leaving it to four Goldcrests and a noisy Great Spotted Woodpecker , which moved up the hedge all the way to the steps then flew off towards the lighthouse. 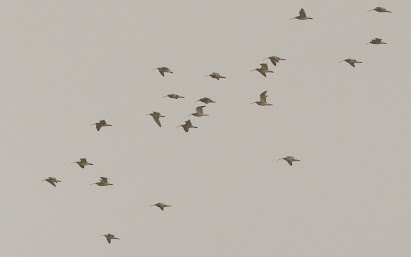 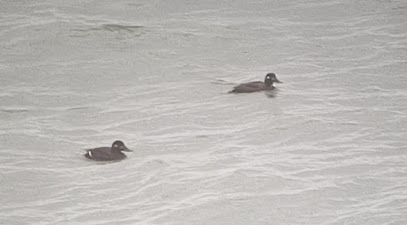 Velvet Scoters and Long-tailed Ducks. The left hand LTD is an adult female; I think the other is a first-winter female.