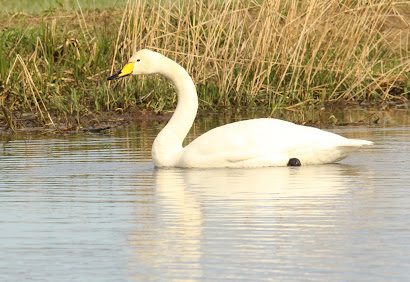 I joked a couple of days ago with my wife, that as we would be at a wedding of top friends' Sally and Andrew this Saturday, a rare bird was bound to turn up in the York area. What I wasn't expecting, was that there would be two!

After some pretty bleak weather this week, Saturday dawned bright and sunny and I found myself sitting in the barber's shop waiting for the Boy Leadley to have his barnet chopped. Everything was planned out with precision, before the wedding started, at 2pm.

And then the news I had feared came through: a pair of Bearded Tits at Wheldrake! My York bogey bird. Unbelievable. As it turned out, they shortly flew off high east and disappeared, so that reduced my frustration as I would have never made it anyway. Insance photos and video appeared on the Whatsapp group - gorgeous, but completely gripping! Bearded Tits are pretty much annual in the LDV, but they rarely stick around and I have lost count of how many I have twitched and dipped. Most tend to turn up on bright autumn days, when birds 'irrupt' out of their natal reedbeds and head off in search of new territories. A spring pair is therefore really exciting.

A little later, to make things even worse, Adam Firth pulled a Twite out of nowhere at Newton-upon-Derwent. Now this really wasn't fair! If this had been in mid-winter I would have had high hopes for it to stay around, but it seemed less likely at this time of year, with migration in full flow...Twite are occasionally seen in the York area too, but there hasn't been a twitchable bird since one at Hes East ages ago - which I dipped!

Up early, I reaslied we'd left the car at the wedding venue, so I had to walk over to collect it. Nevertheless, I was down at Mask Lane earlyish with ears peeled for Twite calls. After the best part of two hours or so, grilling Linnets, Yellowhammers, Reed Buntings and more Linnets, it was clear that the Twite had gone, or at least wasn't going to show itself. A flock of c20 Redwings was little consolation. Dip number one.

I then headed over to Thornton, where my spirits were lifted by the sight of at least ten Bramblings still with the finch flock feeding in the wild bird strip and sitting up in the hedge. Some of the males were looking spanking, with rapidly blackening hoods and yellowish bills. They wheezed casually; it was great to think they'd be filling the air of some Scandinavian wood with their cheery sound, within a few weeks. 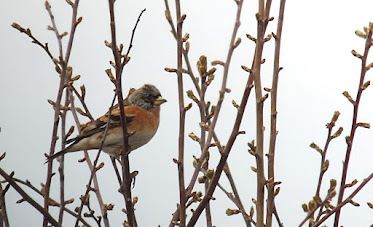 A flock of about 100 Linnets got up on to the wires and I scoured them for a Twite without success. Suddenly, the finches erupted into panic and a falcon-shaped missile slammed into them. A Merlin! It was unbelievably fast, but the finches had seen it coming with just enough time to get out of the way. The Merlin sprinted across the fields and way over the hedge. Awesome! The whole episode lasted only a few seconds. The Corn Buntings returned to jangling their keys from any given perch, as if nothing had happened. 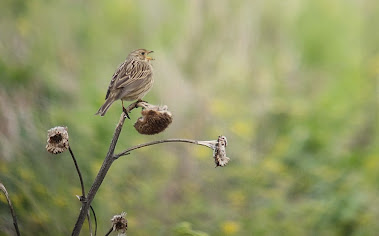 Next up, I had a hunch that the Bearded Tits might be hanging out in the small reedbed between East Cottingwith and Storwood. They weren't and so I added my second York dip to my day's total. The sun had come out and I enjoyed the wander nevertheless, with a solitary adult Whooper Swan on the canal near Storwood a bit of a surprise and what may have been about 30 Crossbills in Sutton Plantation. They were in the tops of the pines, but were just too distant to be sure. 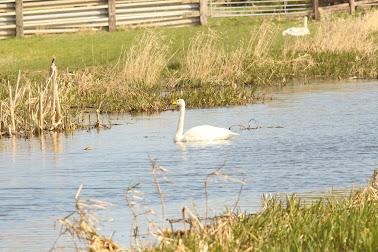 So, the chance to add two sought-after species to my York list had evaporated. But nevermind, there will be another chance, another day. The wedding was fantastic and it was great to get out this morning for a wander round some different parts of the LDV, clearing my head of last night's excesses!