Good things come to those who wait (two years!)

Thanks to the Covid 19 Pandemic, our August 2020 Irish Adventure had been postponed, not once, but twice, so it was with great relief and excitement that we finally got to make the trip.

Co-led by Paul Connaughton the legendary seabirder from Shearwater Wildlife Tours and finder of two new seabirds for Ireland (South Polar Skua and Scopoli's Shearwater) and myself (very keen but pretty amateur seabirder and generally unable to find his way out of his bedroom in the dark), we had an intrepid group assembled from York Birding, all eager to set sail and see some of southern Ireland's delights.

Meeting Paul at Cork airport, we birded our way down to Clonakilty, visiting several estuary and beach sites (highlight Curlew Sandpiper and Pale-bellied Brents), along with the mighty Old Head of Kinsale, where we notched up our first Choughs of the trip, two Peregrines and a surprise Irish Hare. 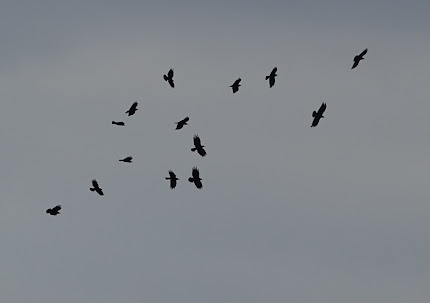 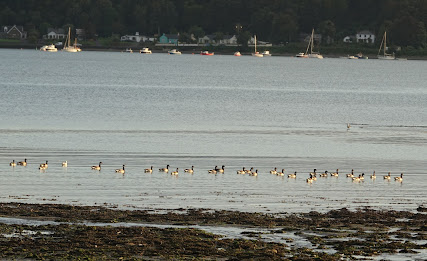 Up early, we were on Galley Head for dawn, to watch a spectacular sunrise over the Irish Sea. Good numbers of Meadow Pipits were around, along with a few Wheatears. A fly-past Whimbrel was the only one of the trip and a distant Osprey tantalised high over the bay to the south.

It was quiet on the head really and frustrating that the end of the peninsula was private, just like Kinsale, which must be very frustrating for local birders. We pressed on to the delightfully-named Shite Lane at Dundeady, which has held a range of Yank landbirds and recently an Aquatic Warbler. More migrants were present here, such as Blackcaps and Chiffchaffs, but not a sniff of scarce.

After breakfast back at O'Donovans, we checked out and headed south via a few estuaries. White's Marsh and Rosscarberry were good value, with Little Stints at each and a Curlew Sandpiper at the latter among a range of common waders. Frustratingly, the weather had been too benign to bring in any Yank waders, but it was enjoyable birding nonetheless.

We found our way to Baltimore which to catch our ride to Cape Clear Island. The ride took 90 minutes or so, as we headed past the barren Skernish Island and round Cape Clear. A few white Black Guillemots were bobbing on the sea and a flock of feeding Kittiwakes were enjoyed, but little else of note was seen.Onto the island, our digs were great, overlooking the renowned Cotter's Garden, which has hosted Blue-winged Warbler and Ruby-Crowned Kinglet amongst piles of other rares. A Pied Flycatcher was flicking about in the large ash; a good start!

A walk before dinner in the pub was fairly quiet, with a Yellow Wagtail, a couple of Wheatears and a Whitethroat to show for our efforts, along with the local Choughs and Ravens, and countless Robins.

After food and a few pints of Guiness, I headed to bed to dream of the seabirds that hopefully awaited us offshore the next day.