A Wee Cracker in Scotland!

Every Spring I wonder whether I might catch up with my dream Spring bird, a male Collared Flycatcher. Ever since unsuccessfully twitching one from UEA to Cley back in '95, I have been a little bit obsessed with this species, but never really got within striking distance. I had been looking up the timings of previous records only last weekend and I realised that my hopes of finding one at Flamborough in mid- April was probably fanciful with records occurring from 30th April through to June.

On Monday, I casually checked my phone to see the news of a male Collared Flycatcher at Mire Loch, St Abbs Head, Borders (Scotland). Yikes! First of the spring and on the early side too, but with such a lot of easterly winds and lots of other eastern vagrants turning up, not totally unexpected. But why Scotland again?! Just too far....and mid week too. But hang on, I have got Wednesday booked off as leave. I assumed the bird would move on quickly, but when it was still present on Tuesday morning and the weather looking a bit dismal thus preventing it continuing on its journey, maybe, just maybe it would stay until Wednesday. Another message confirming its continued presence at lunch on Tuesday got my pulses racing. I checked the web to get more details but sadly they were a bit lacking. Nerves started to tingle. That evening was a YWT pubquiz, which meant the time flew by and suddenly, I was waking at 4.45am to the sound of the local Blackbird singing his heart out.

My plan was to head for Teeside and bird North Gare and Hartlepool whilst waiting for positive news. Then, if no news came I could head south without having wasted too much time. For some reason, the foggy, drizzly conditions changed my mind. I decided that I had a good chance of connecting with the bird as surely it wouldn't have moved in this weather? I decided to carry on past Teeside. Maybe I should aim for Holy Island which had had a good fall yesterday. But no, that was just daft; I should just go to St Abbs! I made good time and the weather got worse the further north I got. I hit the Scottish border and stopped for a coffee and a quick call to see how Vicky and the kids were doing. All was fine. My Satnav guided me off the A1 and into St Abbs. I found the visitor centre car park and was surprised to find it containing only one car. It was by this point 8.15am, so why were there no other birders here? I guess the bird had been here two days already and there had been other recent Collared Flys in this part of the world. Hopefully that was the explanation....

I walked up the track and eventually dropped down the lane to the loch. I spied a solitary birder sitting on the bank looking into the trees. Great news! He hadn't personally seen the bird, but another couple of birders had half an hour ago. So it was still here! Fantastic. I started slowly checking the trees along the edge of the loch between the old boathouse and the dam. Chiffchaff. Willow Warbler. Blackcap. Chiffchaff. Chaffinch. And then, suddenly, a bright black and white blob appeared right in front of me on a bare Sycamore branch. There it was! An absolutely stunning Collared Flycatcher! In the murky conditions, the Persil white and jet black bird just stood out a mile. What an absolute cracker. It was actively feeding from about 8 feet up and going down to the ground, almost Robin-like. I was thinking it might have been higher, but it just stayed at this perfect height. Mostly it sat on the larger boughs and branches, meaning it white underparts, broad white collar, forehead patch and wing patch really dazzled. I called the other guy, and two birders appeared. They were as delighted as me. We tracked the bird round the south edge of the loch, into the copse behind the dam and then into the scrub, where it regularly sat on fenceposts and wires. Just brilliant. It was on show for the best part of 15 minutes and then just as suddenly as it appeared, it vanished.

I spent the next hour chatting to one or two other birders notably Leon and Ian from Stoke who had had a longer journey than me and a nice lad from Falkirk. This guy was the next to refind it, when it rocked up in the same spot as I had found it. Brilliant! The bird did exactly the same route and showed really well. I decided I should try for a couple of photos though the bird moved so quick that it wasn't easy. Luckily, I contacted Jack Ibbotson the local ranger who made this collosal find and he generously sent me four of his best shots - see below. I don't have to explain which are his! Mine are the terrible two :-) The flycatcher disappeared once again and I decided I should quit and head south. Tired but elated, I put the news out and drove off to the A1.

A little later, I pulled into the car park at the south end of Seaton Carew and tumbled out to head south down the dunes to North Gare. This was a spot I discovered after twitching the White-throated Robin at nearby Hartlepool a couple of years ago and looked like it had great potential. Today, however, it was shockingly quiet, though it was early afternoon. I got to the end of the scrub and was pleased to spy a female Wheatear sitting on a tank block, with a pair of Stonechats nearby. I looked over on to the golf course and flushed a Ring Ouzel off the grass in front of me. Brilliant! So there were a couple of migrants here after all. A good end to a fabulous day. 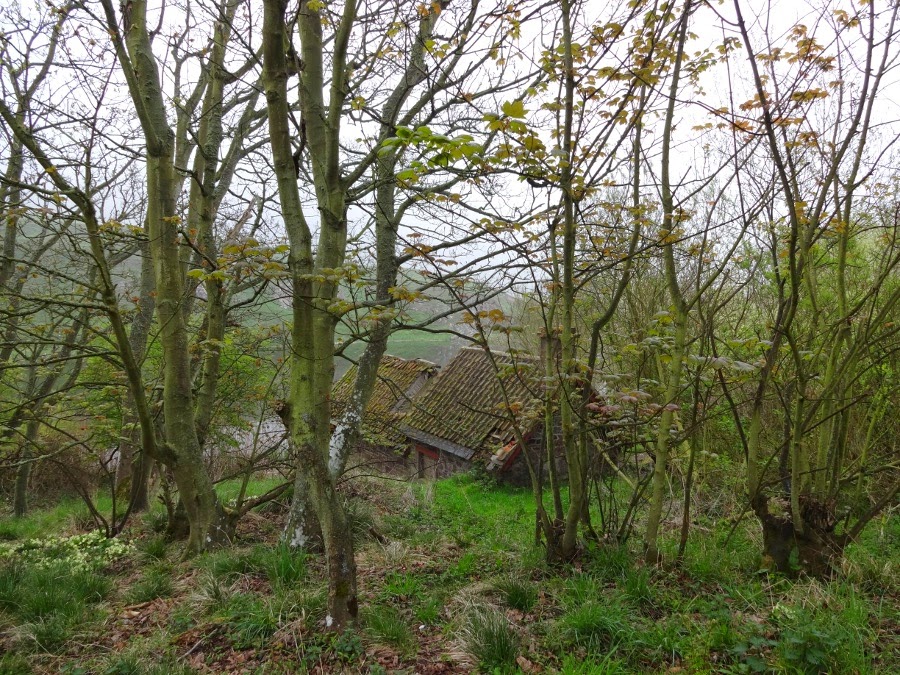 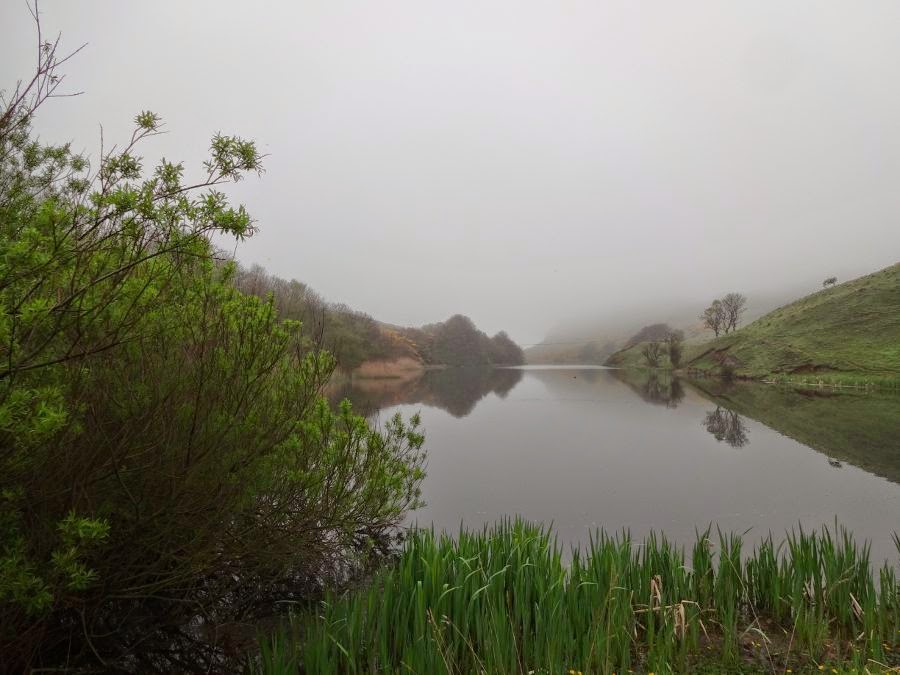 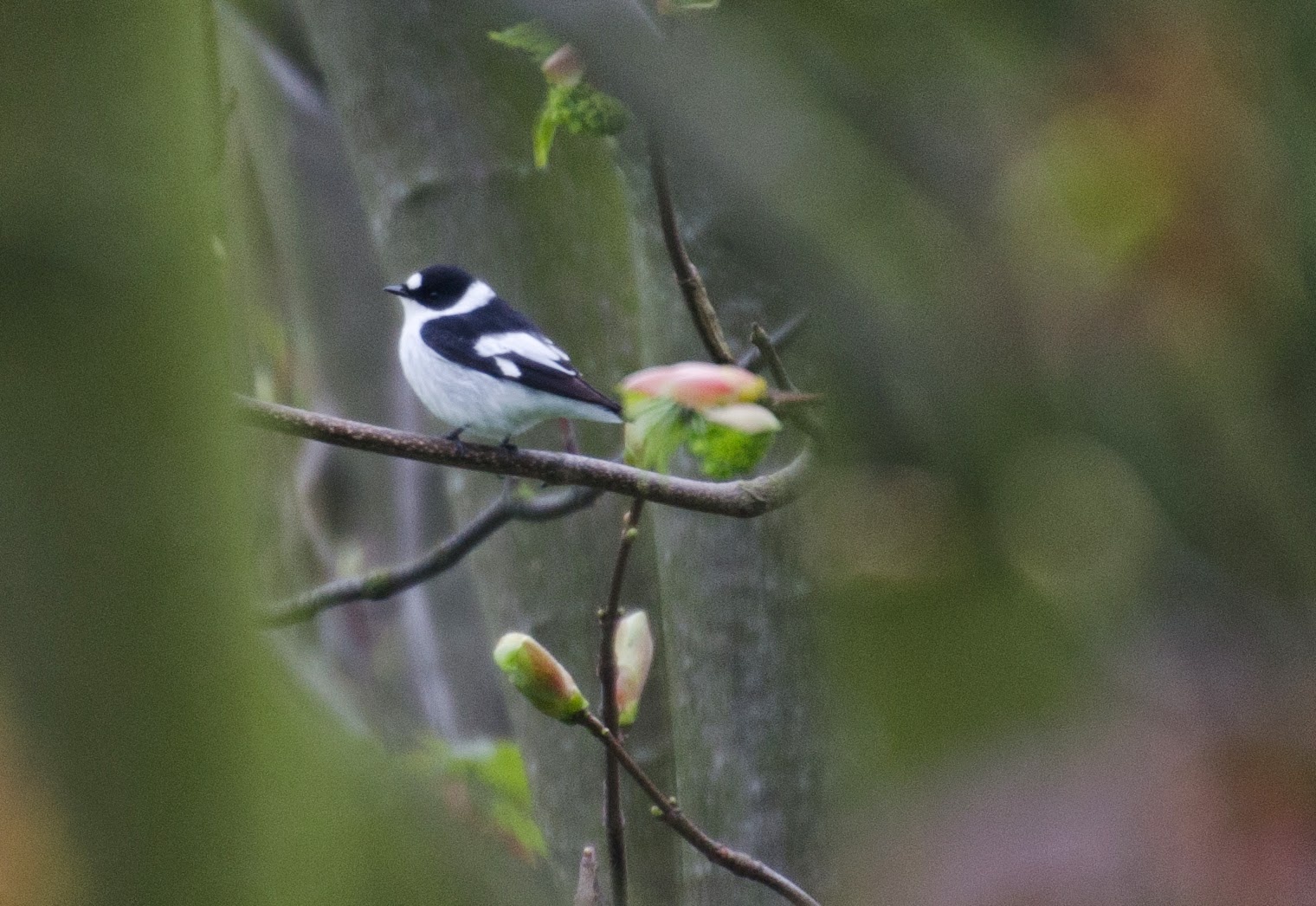 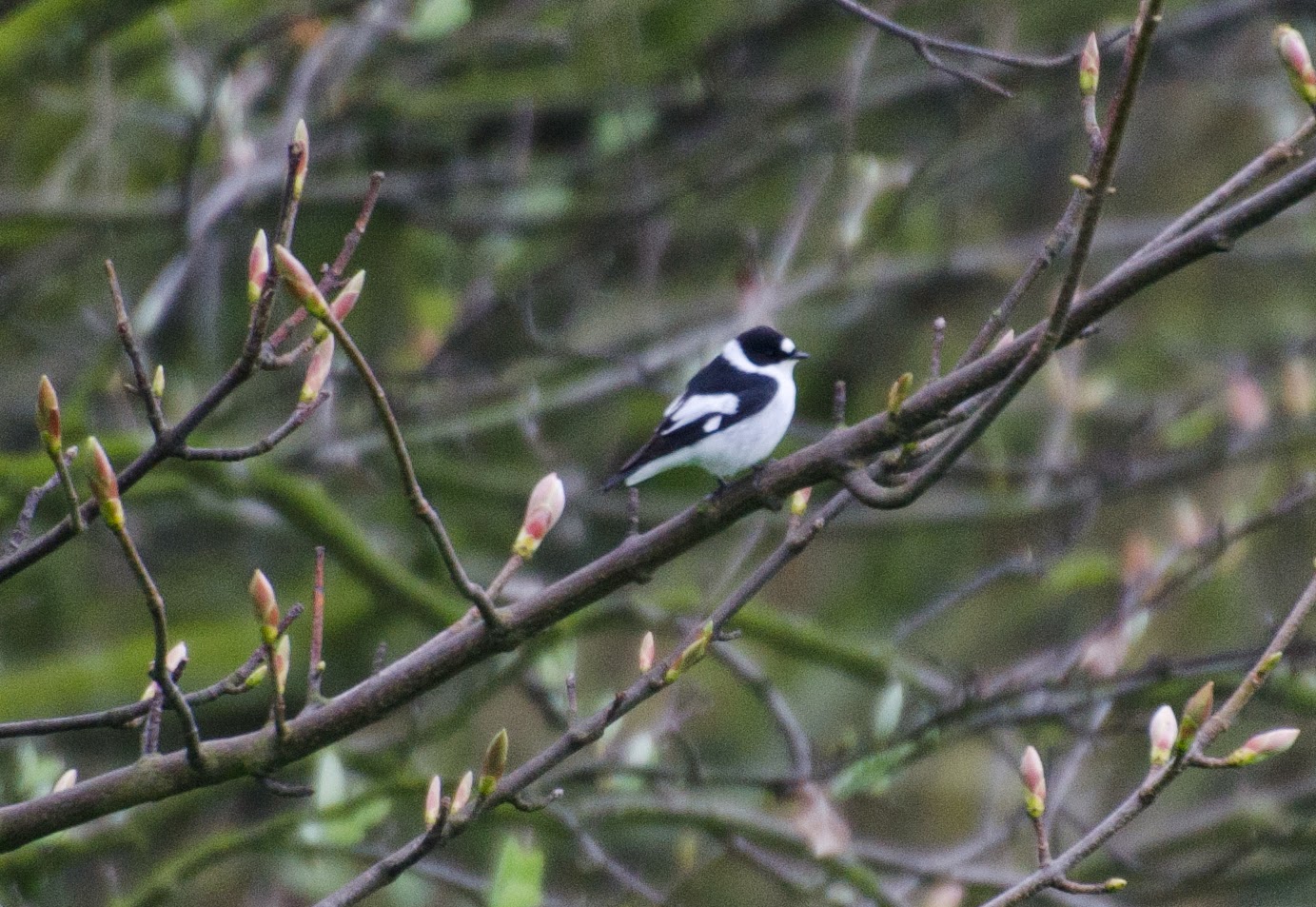 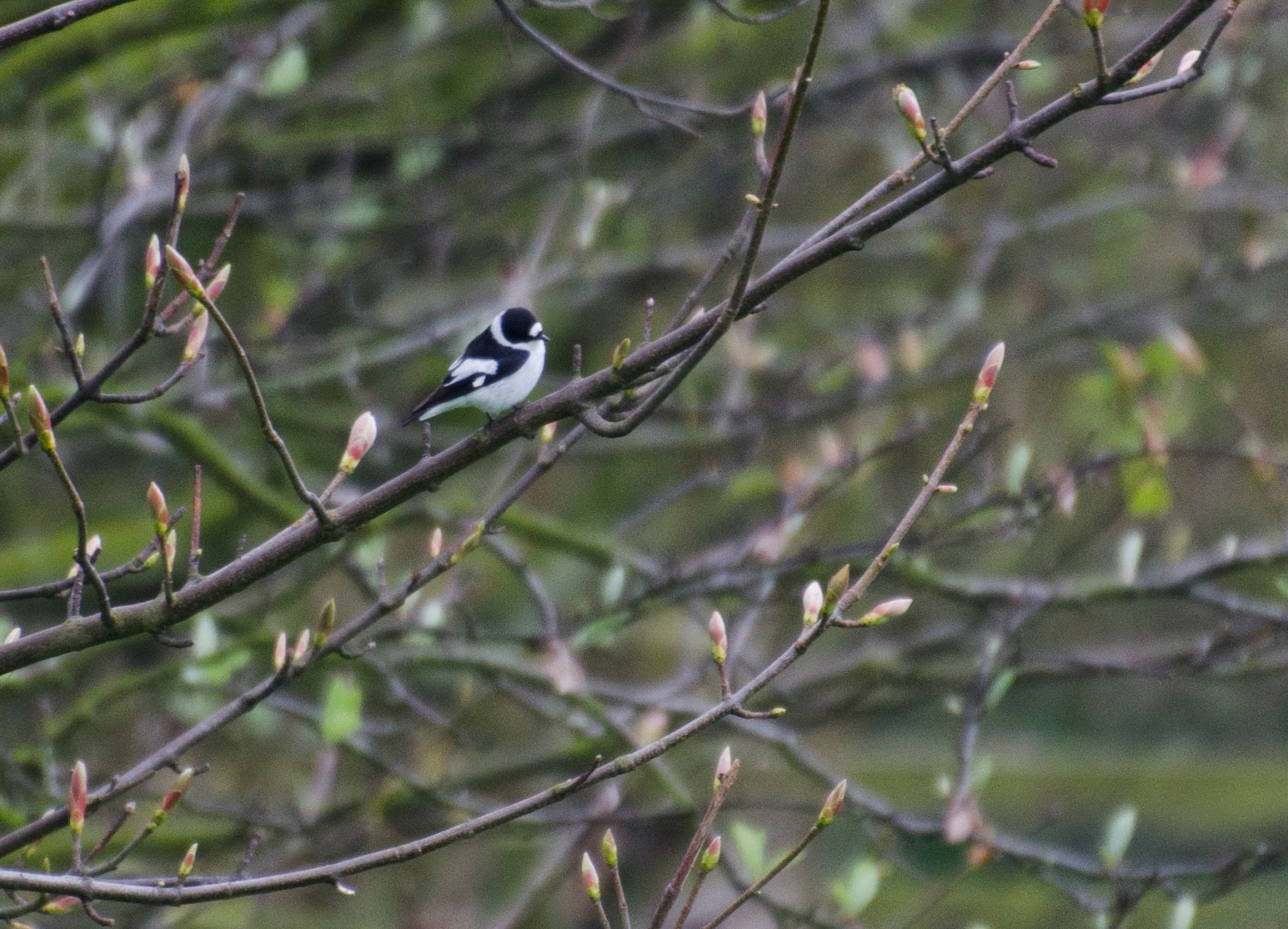