It was pissing it down at 6.30am when I fell sleepily out of bed. Thoughts of Temmick's Stints and Broad-billed Sandpipers got me up and at 'em and down to Hes East. Deathly quiet, save for six or so bedraggled Wheatears sitting on the bank of the lake looking a bit stoical in the face of the weather.

On to Thornton, where the wagtail field revealed one Yellow Wag and nowt else. Heading to Wheldrake I piled on to a verge south of Elvington as I spotted a tern under threatening sky. Alas it was one of a pair of Common Terns winging south, but still, my first near York this year.

Wheldrake Ings looked gloriously green and I headed round the river to Tower Hide where three smart Little Egrets pranced out on the marsh among a throng of Grey Herons. Round to Swantail where Duncan Bye was staking our the marsh. Shortly, a drake Garganey flew past, showed briefly on landing and then evaporated dream-like. It appeared tantalisingly among the water mint once or twice but remained shy. 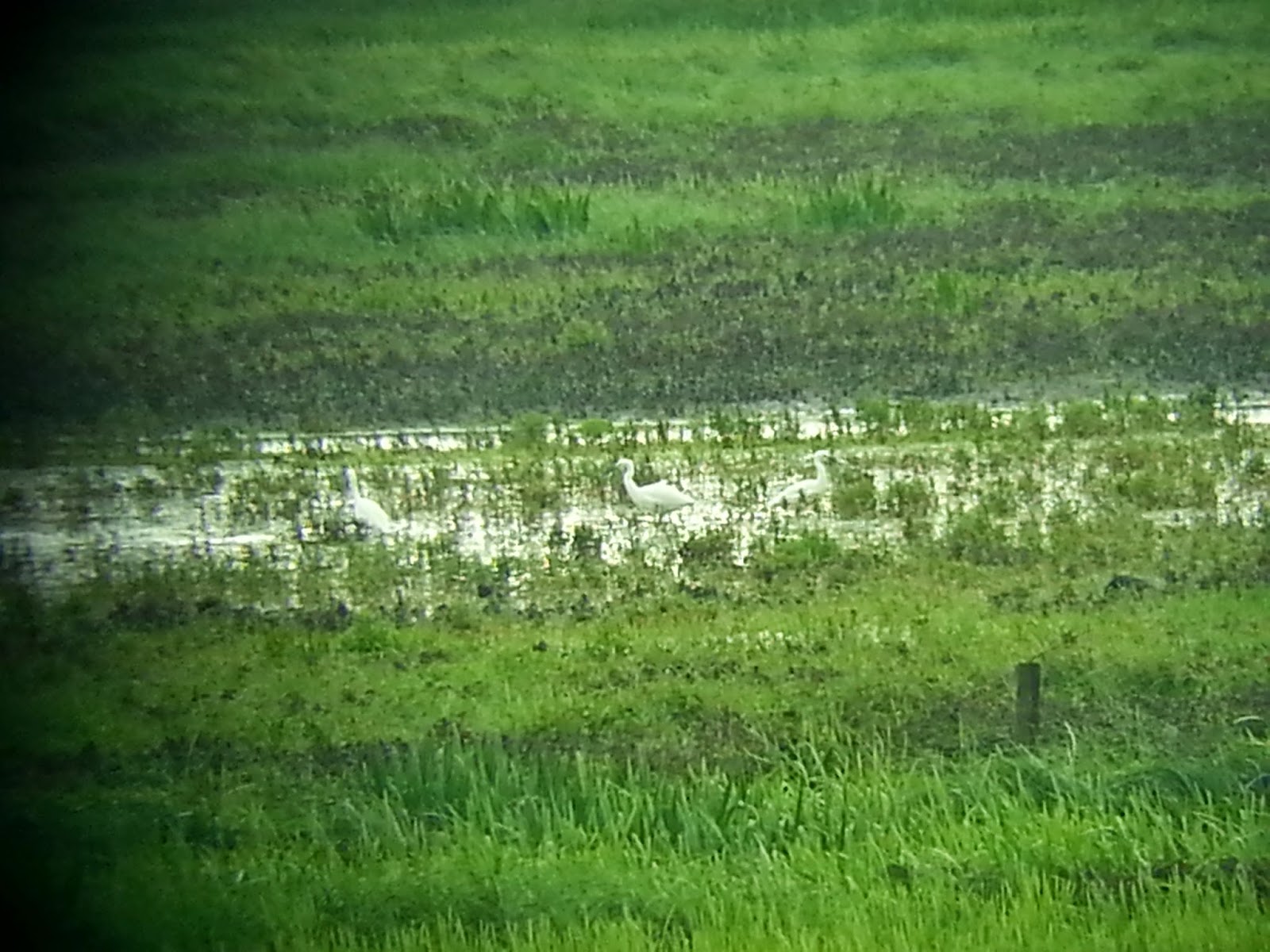 Several Garden Warblers sang from the scrub but best and worst of all, an American Mink scuttled along the path and then dived into the ditch near Pool Hide. Only the second I have seen here. I don't think the young ducks and waders are going to have a chance.
at May 10, 2014