Please make a donation to support the Zeiss Yorkshire Terriers in their quest to raise money to stop the illegal persecution of migratory birds in the eastern Mediterranean. Thank you!


As a young teenager I recall hearing about an amazing place in Israel, an avian wonderland, where migrant birds literally dripped from every bush, Wrynecks hopped about, shoulder to shoulder with Bluethroats on traffic islands, Little Bitterns stalked the edges of hotel swimming pools, whilst  a steady stream of Steppe Buzzards and Steppe Eagles cruised overhead. Along with colossal numbers of migrants, Middle Eastern species such as Palestinian Sunbird, Black Bush-robin, Arabian Babbler and several species of Sandgrouse made this place high on virtually all British birders' wishlists. This seemingly mythical place was called Eilat. Sadly, I have never been!


And then one afternoon in December, I answered the phone to Mark Pearson from Filey. My mouth fell open and I nearly fell off my chair when he asked me if I would like to join his team of three applying to take part in the Champions of the Flyway Bird Race taking place in Eilat, in March! Wow! I had followed the Champions of the Flyway Bird Race (COTF) since its inception on the back of the Eilat Bird Festival in 2014 but never thought I would get the chance to participate. Mark had taken part last year and I thrilled at reading his blog posts about it. This bird race has become legendary, with teams of birders from all over the world descending on Eilat to take part, including many well known characters from the birding world. Mark had already secured the support of Zeiss and had recruited artist Darren Woodhead and my mate Rich Baines (of Yorkshire Coast Nature and Wold Ecology) to join his team! Awesome!

So, of course my answer was 'yes'! OMG I'm going to Israel!

Our team has been named the Zeiss Yorkshire Terriers and we have had a logo and artwork kindly drawn up by artist Jo Ruth.  Super job Jo!

Here is a YouTube video about the 2017 race, featuring our very own Mark! 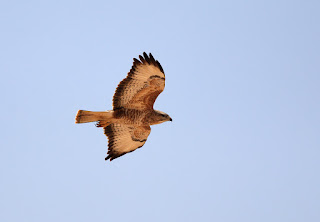 And now the toughest task, to get fundraising. Because this isn't just about birding, it is about raising money to help NGOs working on a shoestring, fighting to protect our migrant birds from illegal persecution. Each year, COTF has raised tens of thousands of pounds for specific organisations that are tackling this dreadful issue. You can see the projects that have been supported here. This year, the money raised will help stop illegal hunting in Serbia and Croatia. 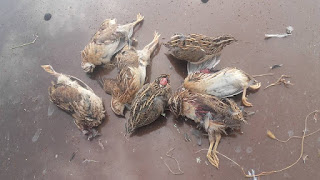 I am delighted to say that Steve Farley of Ark Display Graphics, of Leeds, are the first Yorkshire company to step up in support of the Yorkshire Terriers. Massive thanks to them! Steve is a mega keen Yorkshire birder and I know this issue is close to his heart, so we will do our best to make him proud.

The COTF takes place on 26th March 2018. We are seeking the support of everybody we know. Every pound will make a difference, so please step up, champion the Zeiss Yorkshire Terriers as the underdogs and help us make a difference.

You can make your donation through the team's Just Giving page by clicking here. Thank you!

If you happen to work for a company that might like to support our Yorkshire team, please drop me a line and I can send you some info.  @birdingdad on Twitter is the best way to contact me.

Oh, and please make a donation - did I mention that?