Found out today that the colour-ringed Common Gull I saw on the ice at Wheldrake on 30th December, had been rung in Bergen, Norway on 27th April 2017, so presumably is a Norwegian-born bird. It was last reported from the same site in July and then not reported until I spied it at Wheldrake Ings. This is 506 miles southwest, a relatively short distance for a bird to travel, but still pretty amazing! Birds are cool. 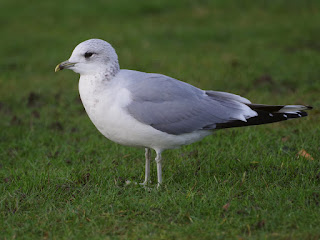 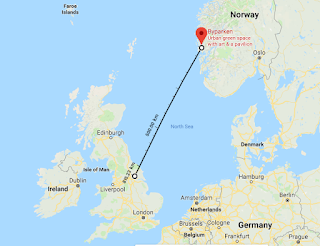 Of the seven colour-ringed Herring Gulls I saw the same afternoon, none had been reported from anywhere other than Rufforth Tip where they were caught, apart from one which had been seen in Leicestershire, about 100 miles south, in July.

Thanks to Mike Jackson and Craig Ralston at Natural England for the details.
at January 03, 2018