Some bits of news to report. 38 White-fronted Geese flew past me on arrival at East Cottingwith on 14th January, heading south down the valley. Duncan Bye had seen them a few minutes earlier fly through Bank Island. Despite a good look round the valley, I couldn't refind them. Not much else of note seen. No further birding until Sunday 21st, when I managed to squeeze in a quick Wheldrake Ings visit before family duties called. A jogger managed to flush everything, which was pretty shocking as birds must be struggling due to all the ice covering the ings. I yelled at the guy but although I am sure he heard me, he didn't stop. This guy was breaking the byelaws of the National Nature Reserve and can be reported, so if anybody sees this guy please ask him for his name and address and report it to Natural England or Yorkshire Wildlife Trust to follow up.

A Peregrine put on a fantastic display, sparring with two Carrion Crows before making half-hearted attempts at Lapwings and Black-headed Gulls. And we won the cricket against Australia, so all in all, a good morning!

Other recent York Bird News includes a Bonxie allegedly flying down the River Ouse in York on Saturday (per two birders Mark Coates spoke to), a flock of c100 Redpolls including some Mealies at Allerthorpe Common (per Fiona Walton) and an unseasonal Kittiwake at North Duffield Carrs per Trevor Douglas, last Friday. There are still plenty of Hawfinches around, including at the Yorkshire Arboretum (which is closed, but birds visible around the car park area), around Ampleforth and two at Red House Reservoir which is notable. It's all happening. Oh, and the White-fronts showed up again at Bank Island! 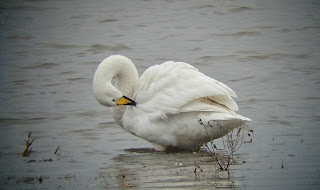 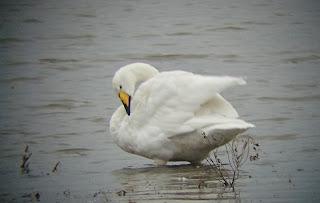 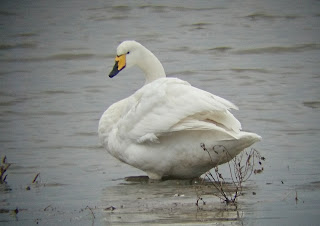 Always a privilege to see Icelandic Whooper Swans in the Lower Derwent Valley. This adult was preening in the shallow floodwater near Aughton church. A beautiful, handsome bird.