Took Friday afternoon off, as I was owed some time off in lieu and wouldn't get chance to do any birding over the weekend. The water was up at Wheldrake Ings as the snow on the North York Moors had melted suddenly with the rising temperatures, so I donned my borrowed waders to traverse the large flood at the bottom of the lane and in the car park. 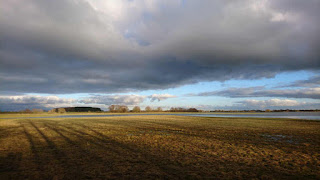 The meadow was literally covered in birds (and water) with large numbers of Lapwings feeding out on the grass, interspersed with the golden-spangled dumpy forms of Golden Plovers. To my surprise, eight Barnacle Geese were grazing too. Always great to see, these handsome small geese seemed quite wary and flighty, and I pondered their origin. Perhaps Svalbard, perhaps Hes East on the outskirts of York! The Derwent was pouring angrily across the riverside path in many places and spreading across the Ings. Floodplain meadows in action! 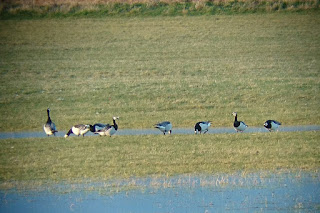 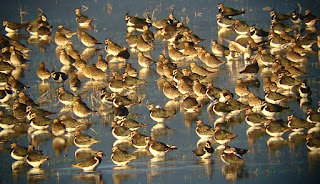 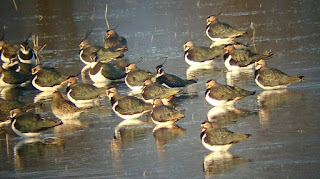 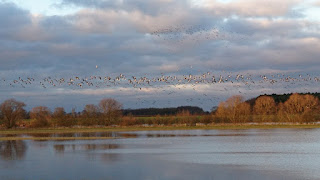 I spent an enjoyable couple of hours in the Tower Hide until it got dark, with a first-winter Iceland Gull the highlight, along with a single Black-tailed Godwit among the plovers, a solitary Pink-foot in with the Greylags, a good count of 270 Pintail and several Goldeneye. 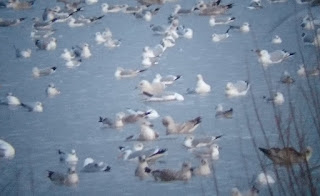 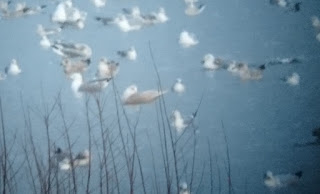 The Iceland Gull was intriguing. At first I thought it was a Glaucous Gull as it appeared quite bulky, with a decent tertial step, but the head was small and mostly dark bill slight giving it a most un-Glaucous-like appearance.