Brents in the sun at Cley, on Sunday morning.

Hit and miss with twitching others' birds, with Parrot Crossbills, Lesser Peckers and Otters failing to show despite two attempts at Santon Downham, along with absentee Goshawks nearby in the Brecks and the vanishing Cley Black Brant. We did better with Massingham Hawfinches, Ringstead Tundra Bean Goose (which revived my confidence in picking up this taxon from thousands of Pinks in a dull field), Chosely Hooded Crow (which we thought was a hybrid due to lots of black on the underparts, which turned out to be water!), Letheringsett Coue's Arctic Redpoll, Holkham Shore Larks etc. 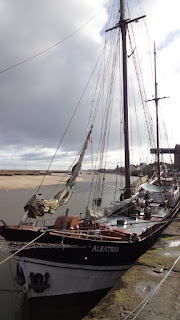 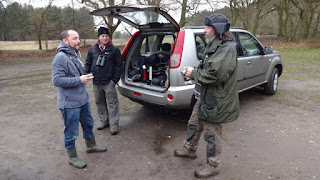 The good ship birdo wagon. All good except the flat tyre on day two.... 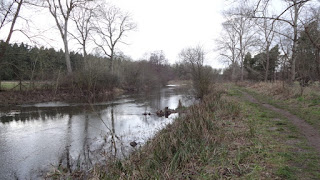 Santon Downham minus anything of note.... 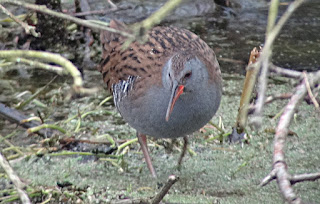 ...apart from this showy Water Rail.

And at Ringstead, the Pink-footed Geese piled into this field on a dreary Norfolk afternoon. 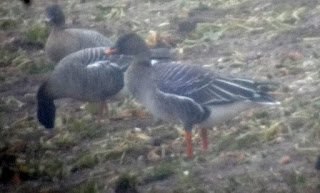 But after 30 minutes of effort my scope latched on to this orange-legged beauty. 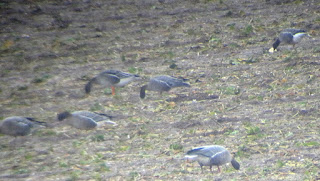 Getting everybody on to it in this featureless field was less than easy. 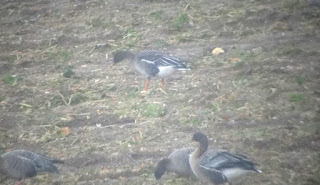 But fortunately it stood briefly near this half-eaten beet 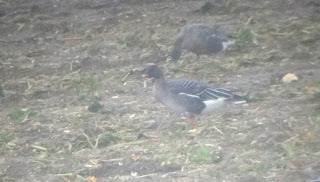 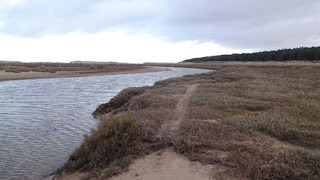 Holkham Gap Shore Lark. We eventually tracked the nine down to the eastern end of the saltmarsh, where we left them being hounded by two field-craft-less camera twonks. 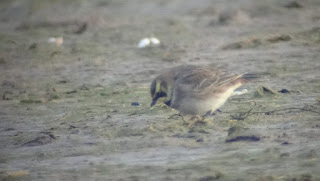