Today was a special day. Back in February, we Zeiss Yorkshire Terriers ran our Flyway Sale, to raise money for the Champions of the Flyway. Well, one of the items auctioned was a Yorkshire Coast Nature Wildlife Discovery Day, and today we took out the four souls who had donated generously and secured the day. Rich had asked me to co-lead and I was delighted to accept. 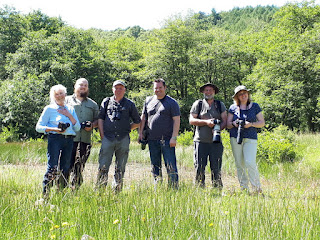 We started the day in poignant fashion, with Turtle Doves. One of the iconic species which the Champions of the Flyway is trying to protect, we got great views of one searching for seeds in a bare arable field. Really delightful little birds. On we went to Wykeham where we arrived at a busy raptor viewpoint. Great views of a singing Tree Pipit were had plus lots of Red-necked Footmen moths.

Shortly, Rich called Goshawk, and a big adult female came cruising up the valley, panicking countless Woodpigeons out of the forest. She gained height and then suddenly, and spectacularly, rolled over, folder her wings and dropped like a stone after a Woodpigeon. The pigeon dived down and pelted straight into thick Spruce cover. The big hawk pulled up and glided off empty taloned. Another time! We were left breathless.

Shortly, Rich picked up another Goshawk, this time distantly and as I watched the Gos, a nearer shape crossed my view - surely a Honey Buzzard! Switching to my scope confirmed the distinctive shape and as it turned it revealed its white underparts - the pale male. Smart. The bird gradually circled nearer and eventually gave great views to the gang, allowing everybody to get scope views. I then tried a bit of sketchy phonescoped video.


As if this wasn't enough, another bird appeared, in heavy moult, and the male headed over for a bit of high altitude flirting, complete with high speed diving. 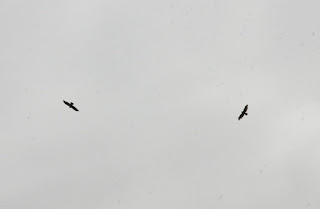 We took a much needed break at the superb cafe in Lockton, watching Swifts and House Martins chasing around the rooftops. Meanwhile, England kicked off against Panama in their second match of the 2018 World Cup. More of that later...

On to Dalby Forest for a long walk in the woods. The shade was very welcome, it was starting to heat up! I had been keen to see Pugsley's Marsh Orchid, a really rare species that is only known from a small area of Wales, and, yes, North Yorkshire. Also known as Narrow-leaved Marsh Orchid, this distinctive plant was recently booted off the Norfolk list following DNA testing which showed specimens to be a subspecies of Southern Marsh Orchid. This meant the North Yorkshire orchids went up a rarity notch overnight! We soon came across a small piece of fen amidst the forest. What a corking spot. I scanned through my bins, and amid the Cotton Grass, there was a purpley orchid, surely a Pugsley's? 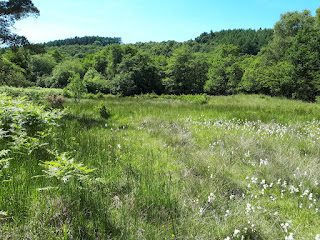 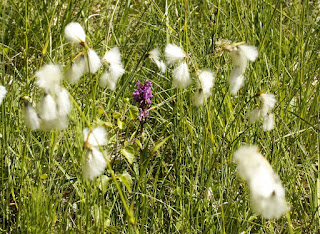 We approached carefully, and sure enough, these were Pugsley's. We checked through the features in the book, just to be sure but they were really quite distinctive, with the loose flower spikes, purple stems and lanceolate, upright leaves giving a really different impression to other marsh orchids. They were clearly doing well here; we counted over 70 spikes. 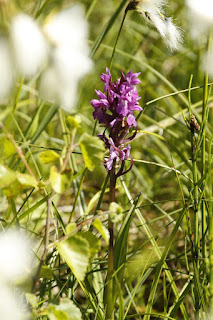 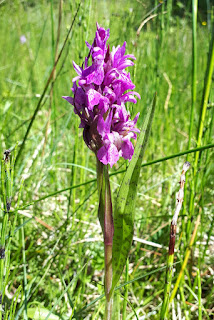 This individual had dark-flecked leaves. 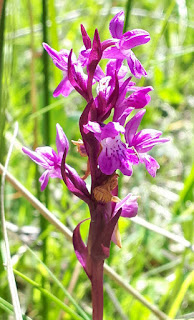 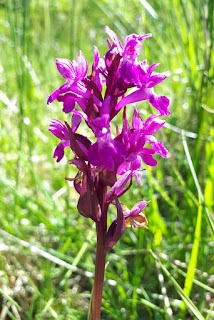 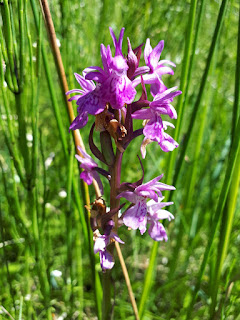 The subtle, yet distinctive and exquisitely rare Pugsley's Marsh Orchid.

We had a good rummage around this spot. It was simply stunning, with Branched Bur-reed, Marsh Lousewort, Chalk Fragrant Orchid, Fen Bedstraw and lots more. Nearby, swarms of Azure Damselflies were emerging from the pond and a mighty Emperor Dragonfly cruised around battering 4-Spotted Chasers out of the way. Classic scenes!

We retired for tea and medals, or in actual fact, ice-cream and medals. A great day and a great way to celebrate the generosity of these four guys who were true Guardians of the Flyway.

I managed to get home and watch the match - England stuffed Panama 6-1. Unbelievable scenes! 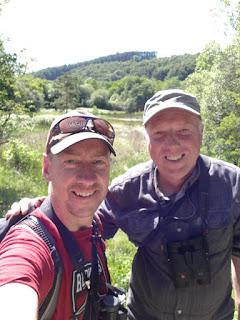 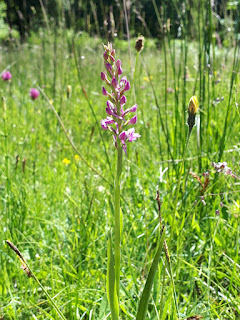