A gloomy end to the afternoon as rain arrived from the west, brightened by the presence of large flocks of birds on the rapidly flooding Wheldrake Ings. Swantail Ings has a large amount of standing water now, and nearby, Bank Island has submerged and is inaccessible.

An hour in Tower Hide with Duncan and Craig produced a fine adult male Peregrine, drake Goldeneye, six Whooper Swans flying south along the canal, plus c1000 Lapwings, several Ruff, a smidgeon of Dunlins and a decent number of the standard ducks. With more rain overnight, I am keeping my fingers crossed for more flooding by first light. We'll see!
...
Sad news came from Craig who said he has found several dead or dying Whooper Swans who have succumbed to lead poisoning. X-rays have shown dozens of lead pellets in their gut which has proved fatal to these majestic travellers. Lead shot isn't used in wildfowling, which does go on in the LDV, but may be a legacy of the past or the shot landing on the ings from the countless Pheasant and Partridge shoots around the valley. Pretty awful and this needs to be stopped. 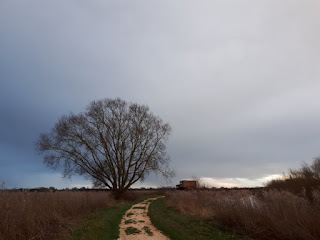 My favourite tree at Wheldrake. A large fan or scallop-shaped Willow near Tower Hide. 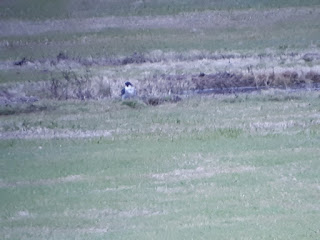 A distant Peg watching the comings and goings of the various birds, presumably thinking what he fancies for his tea. 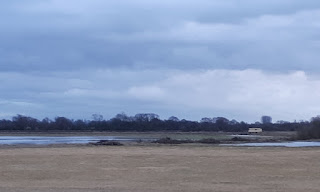