Out at dawn, to get a snip of birding in before Dad duties call.The first snow of the winter had fallen, and the slopes of the Howardian Hills had a light cover of white, as I made my way to Castle Howard Lake. 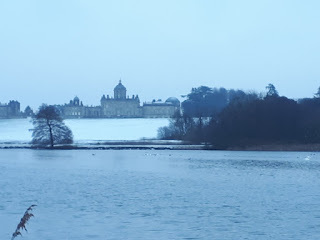 The first winter Red-necked Grebe was still present in the same spot I had seen it earlier in the month. Two drake Pochard were new, and about a dozen handsome Goosander were loafing on the water in the early morning light. Along the back edge among the tangled tree roots and fallen branches, the slightly surreal forms of Mandarin were present, 70 in all, perhaps a record count for the York area. The highest proportion, 58, were drakes, busy displaying in small groups, whilst the females looked on unimpressed from the bank. 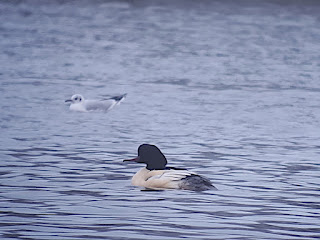 Drake Goosander. Has anything else got such a crazy headshape? Maybe a Storm Petrel. 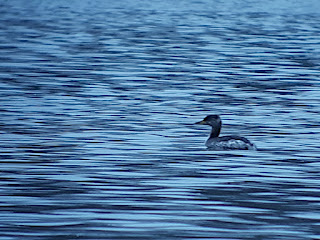