I started 2020 in the same way I finished 2019, dipping the North York Moors Rough-legged Buzzard. It is a big area, and with the family in tow, I didn't have a lot of time, though they were very patient to be fair, as I scanned the Commondale and Sleddale area, on 30th December and then again on 1st January. Frustratingly, on the 30th, the bird had showed beautifully, but not for me :-(
Today, I vowed to put the jinx to bed and head south for Stainforth near Doncaster, where a Roughleg had been hanging out for about a month. I have seen plenty of Rough-legged Buzzards over the years, but I have also dipped loads too, so it is always exciting to see one, as they are very cool birds.

I arrived on site for 8.30am which seemed to be the earliest this bird had been reported in previous days. I was surprised to find no other birders present, and even more surprised to find the bird hovering over the side of the road, right in front of me, like a fat Kestrel! I literally fell out of the car as I scrambled for my optics. I needn't have worried, as the golden headed beauty cruised over my head and casually landed about 30 metres away in the top of a small Oak tree. Absolute scenes! 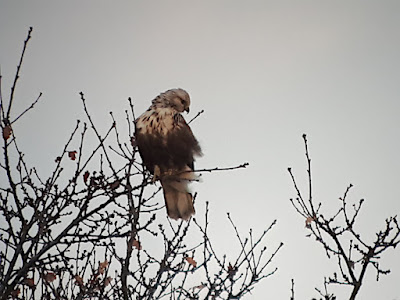 Another birder showed up after a few minutes and we watched this gorgeous Arctic raptor as it surveyed the scene, looking for breakfast. After a bit, it moved on, hovering over the field and then disappearing into the scrubby grassland behind. A few more birders turned up, and after about half an hour, it was picked up by one of the gang sitting in a Silver Birch.  The bird hunted along the edge of the wood, by moving from perch to perch, scanning the ground below. At one point it dove off a perch and stooped to the ground, though masked by bushes, I couldn't see if it had successfully caught anything.  The bird preferred Birches, perhaps indicative of trees familar to it from it's natal area. 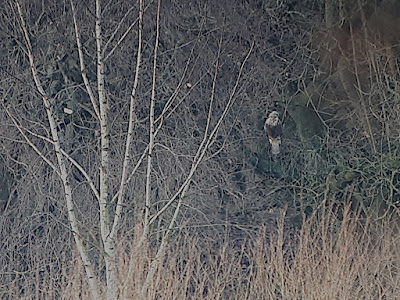 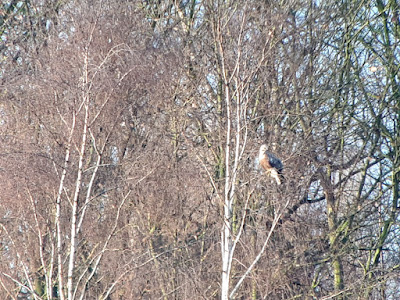 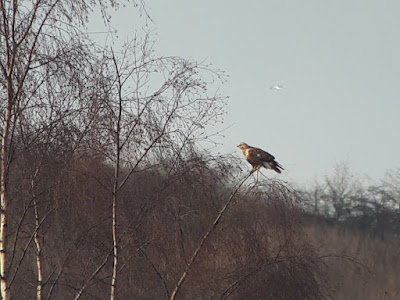 I watched, rather mesmerised for about an hour, by which time the Roughleg seemed to have decided the 'sit and wait' approach wasn't paying off, so took off and decided to hover about over the field edges, lit up by the warm winter sunshine.