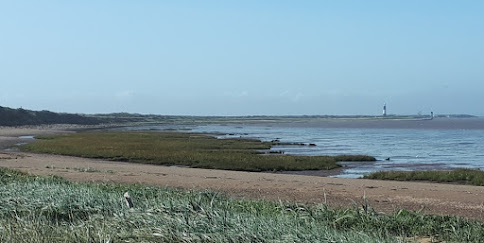 I don't go to Spurn much these days, but I should, it's a great place! Spent a great, though exhausting day with Philip, walking the Point, then Sammy's Point and Kilnsea Wetlands. A keen easterly was still blowing in from the North Sea, but crystal clear azure skies were not conducive to a fall of migrants. Nevertheless, my first Yellow-browed Warbler, a real gem, showed briefly at Sammy's and a Jack Snipe bounced stealthily with a Common cousin in the cut reeds at Canal Scrape. Our long walk revealed small numbers of migrants, including Whinchat, Wheatear, Tree Pipit, two Redstarts, Spotted Flycatcher, Siskins and Brambling, whilst Kilnsea Wetlands held two Little Stints, assorted Mediterranean Gulls and a gang of Black-tailed Godwits. A dashing Wood Sandpiper finished the day off nicely, though the show had been stolen by a few smart Sea Aster Bees, a species I have looked for elsewhere and failed to see.

Spotted Flycatcher, just after eating a Large White butterfly, at the Wire Dump 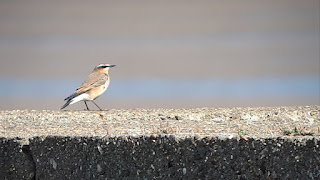 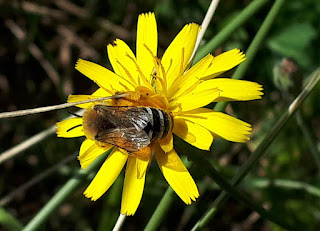 Wheatear at the Point; Sea Aster Bee not on a Sea Aster.

Jack Snipe bouncing around furtively, to the left of the larger Common Snipe.