The pair of Lesser Redpolls showed up this morning, feeding on Silver Birch seeds again and snubbing the various feeders adorning the very same trees. Cheek. 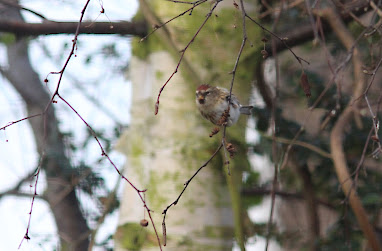 Work was pretty hectic today, with meetings through lunch leaving me with barely ten minutes to drag the dog round the block, before getting back in front of the screen for the next meeting.

Out of the blue, Duncan rang to say a Velvet Scoter had been found by Andrew Schofield on Acaster South Ings, just south of home! What?! This is mega, to say the least, with only two previous York records, the most recent being way back in 1994!

I stopped typing mid-email, grabbed my gear and was watching this errant seaduck bobbing about a few minutes later. Nuts! 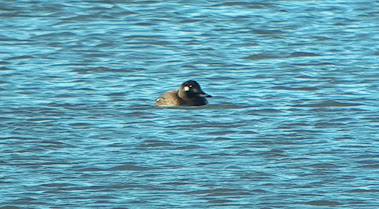 Acaster South Ings is within a lovely loop of the Ouse, just south of the weir at Naburn. When inundated by floodwater, it can attract good numbers of wildfowl in winter and has had the occasional good bird over the years. In summer, is is a beautiful MG4 meadow, haunted by the calls of Curlews and peppered with a diverse mix of wild flowers and grasses. Today though, the flood was frozen with only a small ice-free patch in the middle. Upon this, was one duck, a Velvet Scoter. 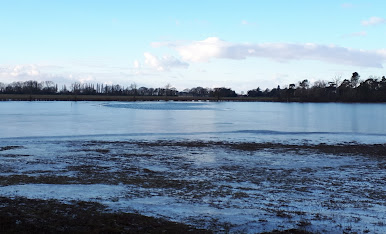 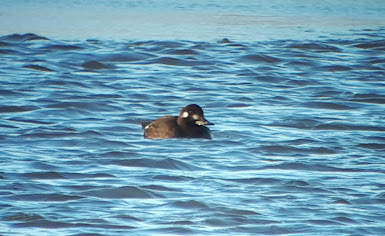 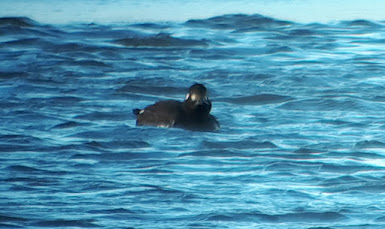 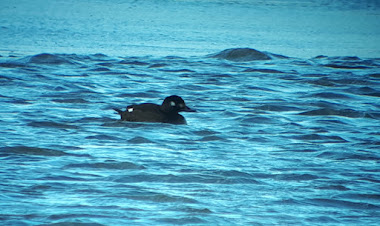 The bird was quite active and after a bit of preening stood up in the water, revealing a white belly, showing it to be an immature. The bill sported some pale markings that can be seen in the top pic at least, so I assume this is a first-winter male, though I need to check this out to be sure. 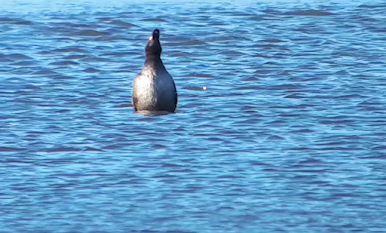 Yet again, an unexpected rare bird turning up close to home during this long, bleak winter lockdown and a massive boost that will see me through 'til spring and hopefully happier times.

Back home, I finished off my email and carried on with work. As dusk gathered in the garden, Blackbirds hungrily devoured the remaining apples and were joined by a handsome Fieldfare, a nice finale to the day. 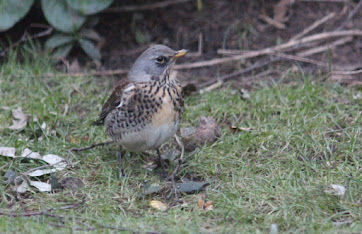