York's first Savi's Warbler was discovered by Colin Beale in a mist net in a reedbed at Heslington East, on Tuesday. Fortunately, I was working from home, so took an early lunch and popped down before the bird had been processed and released. Later that day, I returned to listen to the bird, a male, reeling from the reeds to the east of the hide. By the following morning, it had moved to the west end of the reedbed and was showing well, but intermittently. The bird sings more regularly early and late, as you might expect and can be accessed by parking at Heslington Church and walking east along the university access track to the first bit of water and reedbed. I returned for more on Thursday evening, when it was still showing well, reeling away. 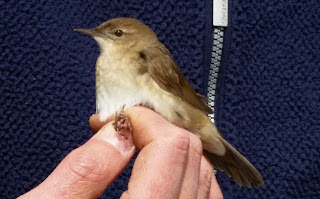 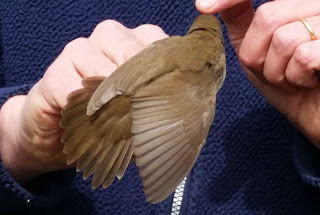 Note the faint bars on the uppertail, something very hard to see in the field. 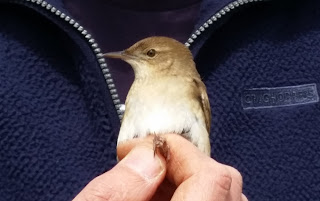 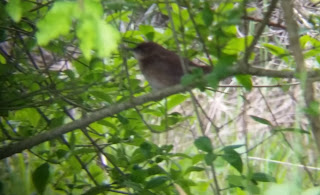 A phonebinned effort of the bird following release. 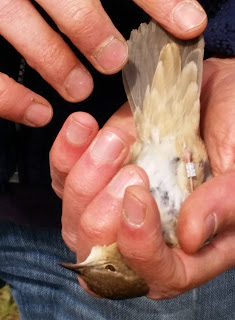