What's going on with the auks?

I had an enjoyable day leading a Yorkshire Coast Nature Whale and Seabird pelagic out of Staithes today. The day started well, with five Pale-bellied Brent Geese in the harbour, and rather randomly, a Nuthatch in weeds on the clifftop, followed by a Wheatear at Cowbar. Out to sea, we got great views of up to 11 Minke Whales, one Harbour Porpoise, a possible Osprey (very distant), Manx and Sooty Shearwaters, Teal, Wigeon, Common Scoters and Red-throated Divers.

One of the Minkes, named Finbarr by Skipper Sean, had a stumpy fin. On checking the pics, it seems it has had the top cut off, presumably by a ship's propellor. A lucky escape as otherwise it seemed fine. 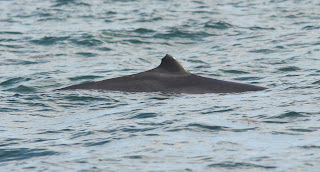 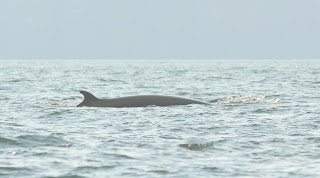 Two of today's Minke Whales off Staithes. The top one, Finbarr, with his damaged dorsal fin, and the lower image of a whale with an undamaged fin.

Sadly, a feeling of melancholy remained with me during the day due to the sight of dozens of dead Razorbills and smaller numbers of Guillemots, a Shag and a couple of Herring Gulls. I am not sure of the cause of this, but I presume it is avian flu. It was really sad to see. 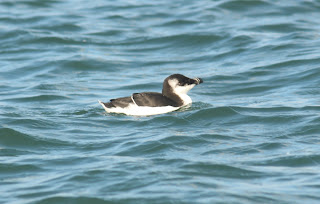 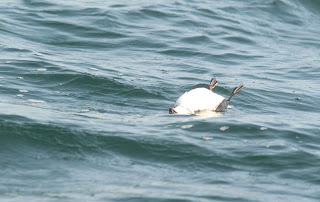 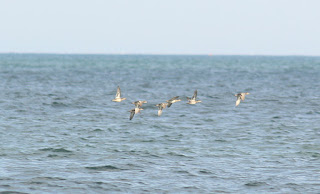 A small skein of Teal whipping south across the sea.