As I set out on my early morning dog walk under a leaden sky, I could feel a cold north wind and from the look of the glistening pavements, there had been early morning rain. Perfect fall conditions. If I lived on the coast...

Birds were on the move, with high tseeps of Redwings in the gloomy sky, and small flocks of Wood Pigeons cruising south. Three Fieldfares chacked overhead, the first I've seen locally this autumn. In fact, I have only seen one other Fieldfare, at Flamborough back in October. More Redwings came over, one flock accompanied by a couple of bulkier Song Thrushes. Dark-billed, skulking Blackbirds littered the cycle track south of the village.

I made the approach to home and noticed two bulky finches flying up out of the trees at the end of our road- yikes! Hawfinches! Surely not? They flew straight over, offering insane views, and to my surprise, looped round just above rooftop level as if looking for a place to land. I dropped the dog lead and fumbled for my phone. The birds came back over and I hit record; they came back, over towards the paddocks and then back again. Was this happening, here in the housing estate?! To my astonishment, they landed in the bush across the road from where I was standing - absolutely nuts!

After a few moments, they were off again, low down. Once again, they looped back round and landed somewhere in the trees near Red House. Fantastic.

Hawfinches used to be an occasional winter visitor in the Bishopthorpe area back in the 80s and early 90s, feeding under the large Hornbeams around the Archbishop's Palace Grounds and also to the north, in Knavesmire Woods.  Since then, they have become much rarer and have disappeared from many former haunts in the county- until a couple of years ago when there was a big influx into the UK. Since then, some of those traditional Hawfinch sites have been frequented again. Nevertheless, this was a stonking record for a suburban housing estate! 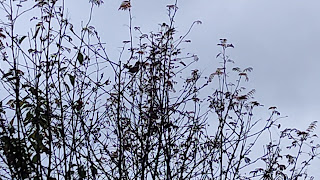 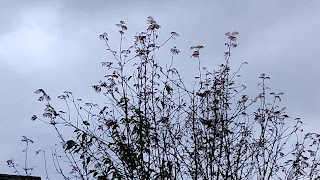 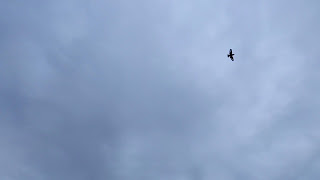 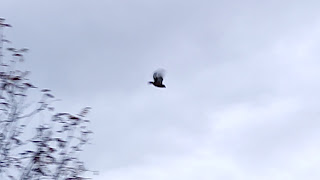 At home, I looked out of the back window and to continue the excitement, the first Tree Sparrows of the year were on the feeders - three in all, my biggest count in ten years! They never seem to hang around long, but hopefully they might return. 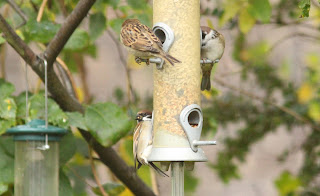 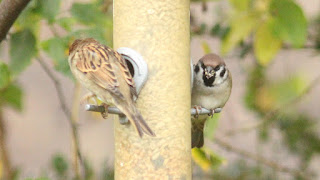