Spent the morning searching the outer head at Flamborough for migrants, with two laps of the Old Fall Loop and one lap of the Thornwick-Holmes Gut-North Landing Loop completed, with little to show for it!

Sunny skies and a cold northeasterly wind did little to help matters, with very little in the way of grounded migrants and not a single hirundine seen. Two Grasshopper Warblers were showing well, reeling in the lighthouse grassland, with a scratchy Sedge Warbler nearby. Elsewhere, a single Little Ringed Plover was on the scrape behind Thornwick Pool which held a female Goldeneye and a single Golden Plover was flying around the outer head, calling. Other than that, great to see the gathering throngs of seabirds around the cliffs and good numbers of Willow Warblers in the scrub around Thornwick camp and a few Whitethroats and Blackcaps. Several Pied Wagtails were feeding in the newly tilled strip adjacent to the Motorway Hedge, including this smart female. 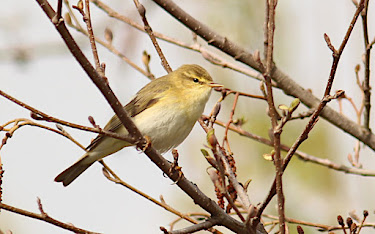 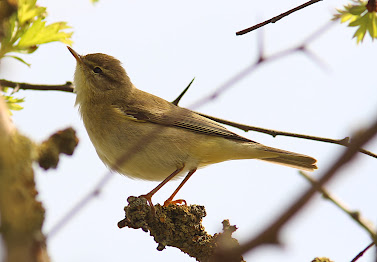 Two Willow Warblers. It seems to be a good spring for this species. 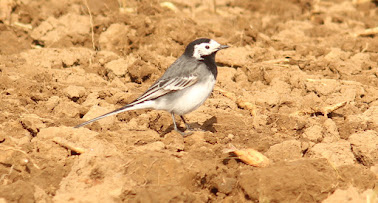 Female Pied Wagtail. Note the dusky grey flanks and mantle, black tips to some mantle feathers and a hint of black uppertail coverts poking out alongside the folded tertials. All of these features rule out White Wagtail.

A quick cycle up to Acaster Airfield after tea revealed a Little Ringed Plover on the rapidly diminishing flash, plus a smart male Wheatear in the nearby ploughed field, and two Yellow Wagtails. At least two Corn Buntings singing and a nice Barn Owl just by Acaster Bridge on the ride back into Bish.