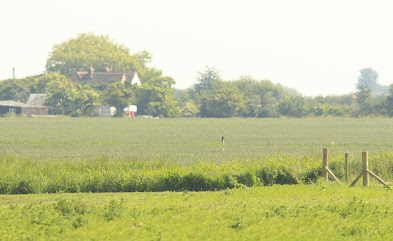 Last Thursday, I was amazed to hear of the arrival of an Eleonora's Falcon at Sandwich Bay in Kent. Too far for me to twitch from York but it was unlikely to linger anyway; most Eleonora's are only seen by the finder, it seems.  To the delight of many, she was relocated over nearby Worth Marshes and was still present on Saturday morning as we were heading to France for a family hol. I toyed with the idea of detouring to have a look, but the heavy traffic and reports of big queues at the ports put us off and we instead spent the late morning queuing for the Channel Tunnel.

Fast forward to Thursday and I decided to check the UK bird news. Astonishingly, the falcon was still lingering at Worth. Would I get chance to see it on the way back?

Friday morning came and we cruised back to Calais to catch the train, given ourselves plenty of time to queue. As it turned out, we drove straight up to the check-in barrier and were put on an early train! This was great and with news of the falcon being still present, the twitch was on!

A short drive along the beautiful Kent coast and we were welcomed by a RSPB volunteer at Worth.

The Eleonora's Falcon was located immediately, crusing around lazily over the village. 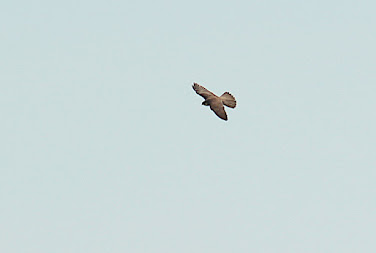 She was quite different in appearance to nearby Hobbies, being bigger, longer-tailed and longer-winged. Overall very dark, with dark slate upperparts, and dark underwings, blackest on the underwing coverts. The body was buffy, with heavy black streaking, contrasting with an off-white throat and cheek. Blackish cap and moustachial stripe, dark eye and greyish cere. After catching a large dragonfly, she glided down into the fields between the village and the wood and landed atop a fencepost. I headed to the nearby barns where I watched her for a while and she noticed before I did the arrival of two Hobbies on to the same fence. She took exception to the nearest bird and chased it away. The Hobbies looked really short-tailed and dinky compared with the Princess, as can be seen in the video below.

To my delight, she took off after a rest and circled around and straight overhead, at one point seemingly staring at me (!), before heading off over the car park. I alerted Vicky and she and the kids shared great views as the falcon meandered over. I had a scan around and couldn't locate the Red-footed Falcon and as we had a long journey ahead, we decided to head off. 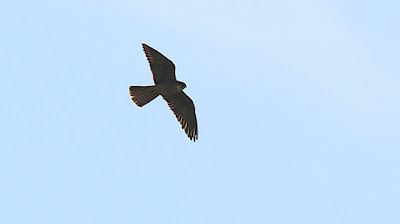 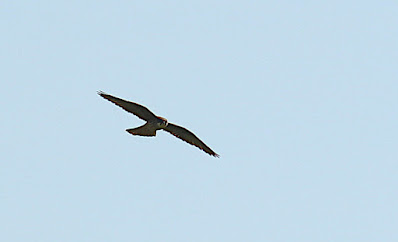 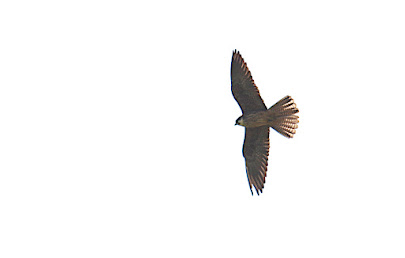 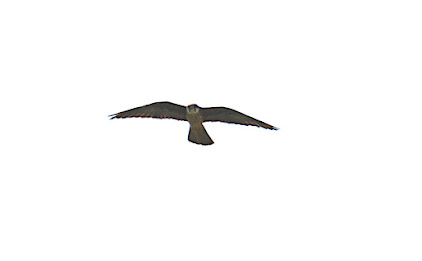 Big thanks to the RSPB team at Worth who had organised the parking and gave us a warm welcome.

I hope all twitchers donated generously.
at June 04, 2022