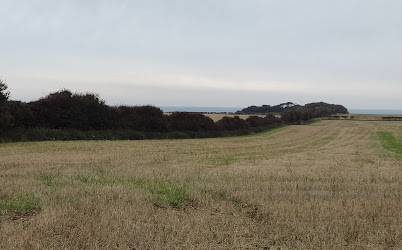 Did the Old Fall Loop (Flamborough) three times today, in increasingly strong winds and bad weather. There had been a good easterly flow yesterday afternoon, so whilst there were no reports of big falls, it felt likely that some birds would have been deposited on the headland. 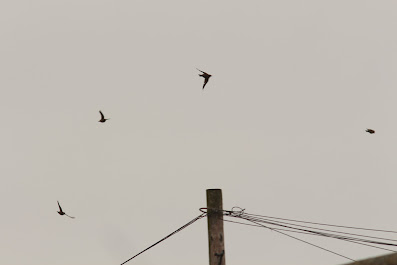 Despite a trickle of Redwings (pic above), Song Thrushes and Bramblings coming 'in off', my day didn't quite live up to expectations. My first Yellow-browed Warbler of the autumn on the leeward side of Old Fall plantation was enjoyable, as was a vocal Siberian Chiffchaff in the hedge, enough at least to keep my motivation up. A late Redstart fed on the ploughed field nearby, along with a Brambling (pic below) and twenty or so Chaffinches but the hedgerows were fairly quiet. Down at the wild bird crop near the lighthouse, I flushed what looked like a small bunting at close range, it dropped after several metres into low vegetation, only to be flushed again as I approached. This time it dropped into the middle of the crop never to be seen again. It 'felt' like a Little Bunting, but I got nothing on it, so eventually had to let it go. 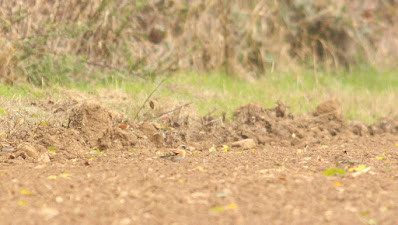 By mid-afternoon, I felt weary in the teeth of a southerly gale and the rain began to fall, so I made my way home.