They say nature is good for you. I have been immersed in nature all my life and so it is something I have taken for granted I guess. However, after a really difficult and stressful week, a morning birding around Flamborough Head mostly on my own, was just what I needed, to unwind and get things in perspective.

The morning started well, despite the early start, and I had a traffic-free journey to the Cape. Old Fall was, to my surprise, deserted. I wondered whether other birders were seawatching, given the lively northeaster' blowing, or perhaps enjoying a suppressed Siberian Blue Robin...Anyway, I was here to chill, so I put these thoughts out of my head and enjoyed the solitude and dawn at Old Fall, a truly magical place. 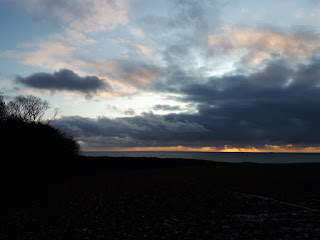 Five Snow Buntings with a Linnet flock were the first birds of interest. Siskins were bounding around, with some flocks arriving in from Bridlington Bay.  I counted about 70 in two hours. After an hour and a half of solitary searching, I finally heard the Hume's Warbler calling from near the pond. I had begun to think it had gone, so was relieved and headed round there. After a bit, I found it, loosely associating with a Chiffchaff and a couple of Goldcrests. A smart little bird, but in less than a minute it melted away again. A little later I saw another stripy Phyllosc; this one seemed brighter green and whiter underneath; Yellow-browed Warbler? Sadly it didn't call and I didn't get a good enough view to be sure. It is getting late for YBWs, but there could be an odd straggler passing through. 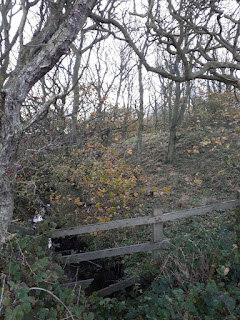 After another another half an hour, I was frozen and it was getting busy (I had seen two birders approaching!), so I decided to head off. The lure of a hot drink and another Hume's Warbler was strong, so I headed to Bempton RSPB where the Hume's Warbler performed really well, calling regularly and showing well at times. The bird was brighter than the Old Fall bird, but still dingy compared with YBW, with a sullied eyebrow, dark greyish crown (rather than green) only one wingbar, without the dark  'shadow' and darker bill and legs. The call - which you can hear just about on the video below was a bit Pied Wagtail-esque, but not as strident or high pitched as Greenish Warbler. Certainly distinctive from YBW. I celebrated this East Coast Magic and the healing powers of nature-immersion, with a vegan hot dog and a latte from the RSPB cafe. How very modern! 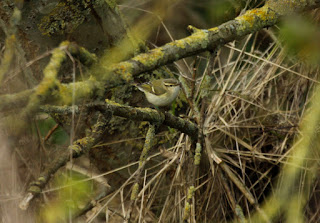 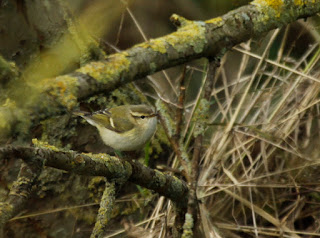