Before Storm Dennis arrived, I nipped out for a bit of birding. A Barn Owl greeted me by the gate at Castle Howard, pausing briefly on the battlements. It was out hunting quite late, possibly having been struggling to find food in the recent blustery conditions. 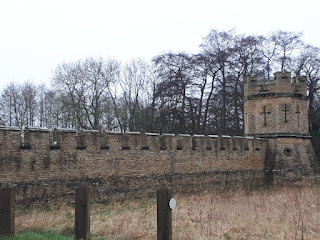 Down at the Great Lake, relatively small numbers of wildfowl were about, with numbers of Wigeon well down on previous winters. Six Grey Heron nests were active, with birds sitting on eggs. 32 Mandarins were sheltering on the banks, with 42 Goldeneyes, two Pochards and two Pintails on the water, with a solitary drake Goosander. I was pleased to hear the Cetti's Warbler was still present, calling from the reedbed near the road.

Storm Dennis arrived, so after a quick look at Aughton (lots of water, few birds) I headed to North Duffield Carrs where I sought shelter in the hides. On the field behind Garganey Hide, a big flock of waders were facing down the storm, with 52 Ruff my best count of the winter, plus a handful of Dunlin among 200 Lapwings. From the hide, a single Black-tailed Godwit was with 12 Redshanks. The wildfowl were huddled up on the bank in front of the hide, sleeping out the storm. 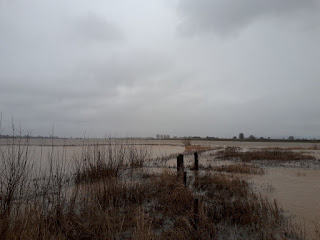 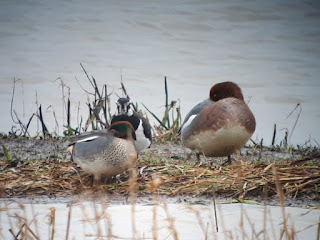 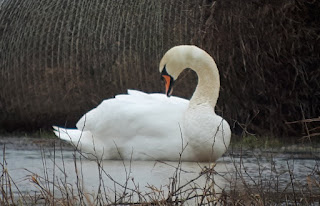 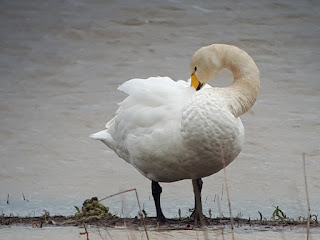