Family visit to YWT Moorlands revealed singing Skylark in the field opposite the first I have heard this year. In the woods lots of activity, with Nuthatch about the best. On to YWT Strensall Common for a short visit. No sign of any Stonechats though c50 Fieldfares flying north was notable.

Later, went up to YWT Wheldrake Ings for an hour. Two smart drake Scaup were present among the hordes of ducks. The Peregrine I saw the other day was stirring things up and flushed most of the gulls which headed off south. A first winter Caspian Gull was present at 4.30pm, a different individual from that seen on Thursday, with more pale at the bill base and more worn upperparts. The tertials had quite white thumbnail marks. Other things of note included displaying Lapwing, 2 Oystercatchers and a Barn Owl.
at February 24, 2013 No comments:

Castle Howard first thing revealed the wintering Scaup, 40 Goldeneye and a sleepy Shoveler. As usual, no sign of any rare grebes and divers no matter how hard I imagined them being there.

On to Wykeham Forest where it was snowing and I revelled in the sight of a very distant Kestrel and not a lot else. Even Willow got bored. But the view was nice!

Dropping Willow off, I headed down the LDV which teemed with birds. Bubwith Bridge was fab with c200 Dunlin, 40 Ruff including three white-headed males, c300 Golden Plovers two of which had attained spanking summer plumage and lots of ducks. Nearby the herd of Whoopers and the wintering pair of Bewick's Swans were in the usual field. Not much from the hide at North Duff. 9 Oystercatchers at Thorganby hinted at spring on the horizon.

The water had dropped at Wheldrake Ings so I managed to wade round to the Tower Hide in my wellies. A good candidate for a first winter Caspian Gull dropped in early and absolutely hordes of large gulls arrived from 4pm onwards and were still streaming in as I drove home. Sadly, apart from a few Lesser Black-backs, I couldn't pull out anything better before I had to head home to defrost my frozen toes at 5pm. A big scary Peregrine was terrorising everything as I walked back. She particularly seemed to enjoy scaring a trio of crows, repeatedly stooping at them; they rolled on their backs putting their feet up in the air and screaming their heads off. She was only playing luckily for them.

A quick look for Bitterns mid-meeting today revealed none of the streaky blighters, despite four being present currently. Turns out Low Ellers Marsh may have been the wrong spot as 3 were seen on Pipers Marsh later on. c20 Shoveler were present, plus Gadwall, Tufties, Pochard etc.
at February 11, 2013 No comments:

Having had some advice, the Poppleton Iceland Gull probably was a second winter, the regular bird, after all. 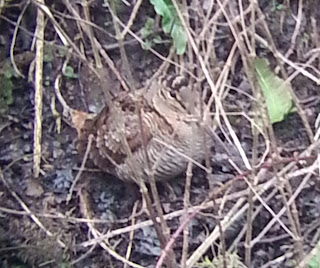 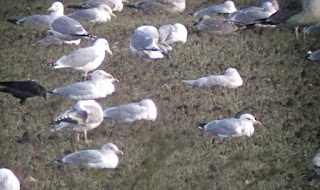 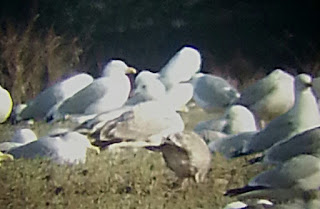 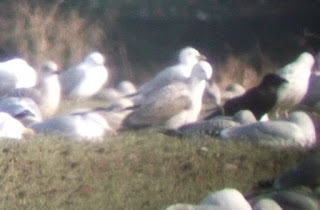 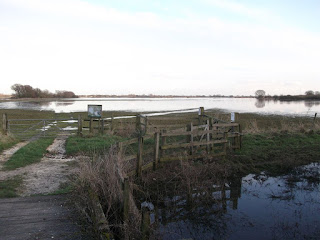 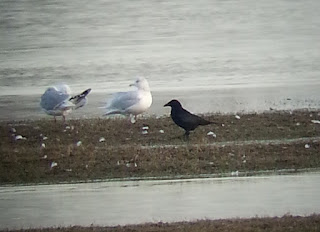 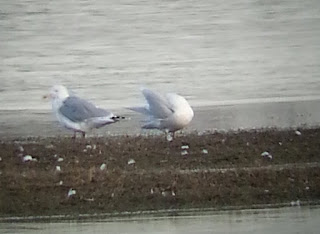 A couple of hours down at a very flooded North Duffield Carrs revealed a dapper first winter Med Gull among the hundreds of Black-headed Gulls gathering to roost. Andy W turned up 30 seconds after it had flown out of sight, but fortunately having changed position it was visible among the roosting gulls on the floodbank.

Not much else about, save 225 Pochards which was a good count. 8 Golden Plover, 5 Ruff and c25 Dunlin were present though finding little land to sit on. One Buzzard and a cruise-through Sparrowhawk noted. 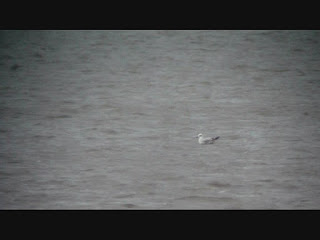