Headed east to Filey early doors and was soon watching a smart drake Surf Scoter with a gang of Common Scoters just off the Brigg. The tide was in, so I watched from the cliff top. The bird frequently stretched it's head up skywards as if showing off the white nape patch to the female Common Scoters it was with. When asleep, it was easy to overlook, especially if the white nape patch was not obvious. It has been a while since I have seen a drake Surfer in the UK and to add the species to my tiny Yorkshire list in this way was top drawer. I had half an hour's seawatch before Dad duties called me back west. The Cory's Shear had gone back south past Spurn and a few Manx were the only birds of note besides the usual hordes of auks, Gannets and Kitts. 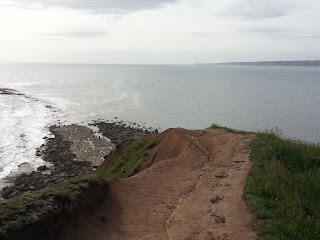 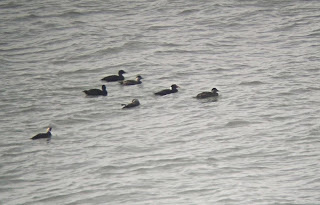 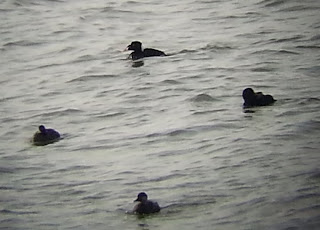 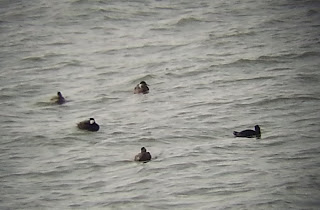 And so fell my biggest British
bogey bird - Melodious Warbler. Having assumed I would eventually nail a Malodorous Warbler on the south coast it was a bit of a surprise to be heading down the A1 to Retford to twitch a singing bird, a first for Nottinghamshire that somebody had pulled out of the bag in the Idle Valley.

I heard the bird as I approached a very Acro-like rapid twittering and churring with Sedge Warbler and Whitethroat tones, plus a section of rapidly-repeated Blackbird alarm calls. Quite different from the singing Icterines I have heard over here and if anything, a bit like Marsh Warbler. The bird was keeping down in a small pine plantation and was out of sight most of the time. After a while, it popped out in the open where I got good views of the bird's upper half. I didn't want to go until I had seen the wings and legs, so hung on for a while. Changing position the bird suddenly appeared on a bare pine branch and allowed good views for a few minutes as it sang incessantly. A smart bird and most unexpected British tick. 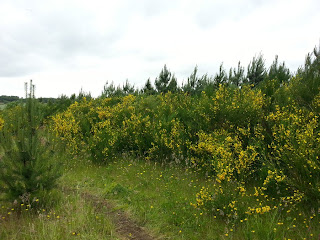 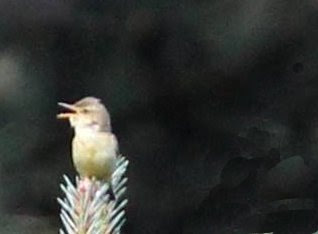 Some birds from Andalucia... 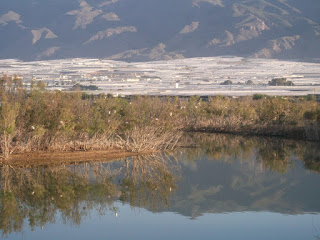 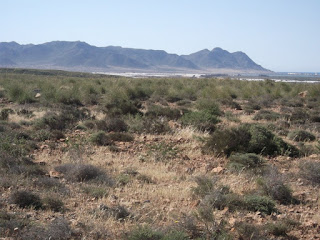 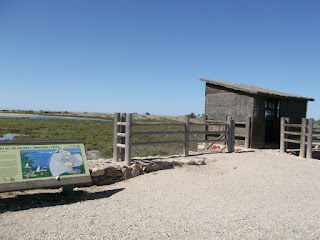