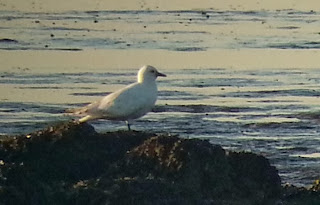 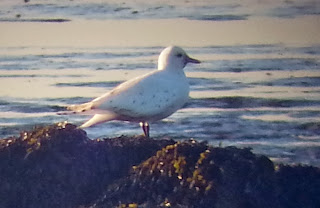 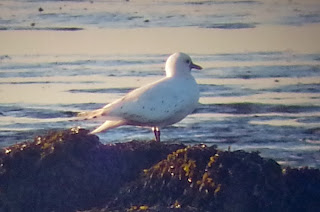 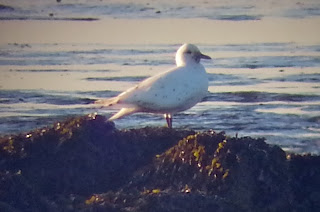 Post script. This is only the second Ivory Gull I have seen, the first being the Southwold (Suffolk) bird way back on 9 December 1999. That bird famously got blown up during the Millennium Eve firework display!
at December 17, 2013 No comments:

Shot over to Rufforth for a reported possible Kumlien's Gull leaving my lunch on the table and a bemused family. A very interesting bird indeed though I am pretty sure the structure of the bird and the pattern of dark and light on the spread wings indicated an exceptionally pale Herring Gull. An amazing flock of gulls and delighted to have the excuse to get out for a brief stint (thanks Olly!) and saw 1w and 2w Glaucous Gulls and this cracking Iceland Gull. This bird is very pale indicating a second winter, yet the wholly dark bill and dark eye point to a first winter. It could just be a white first winter I suppose. The gull flock was mega but my lunch was getting cold... 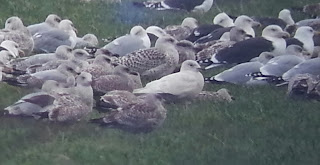 Went into town last thing and there was about 100 Pied Wagtails roosting outside M&S not that the oblivious Christmas shoppers below noticed. Also one Grey Heron over Coppergate at dusk, heading for the Foss no doubt. 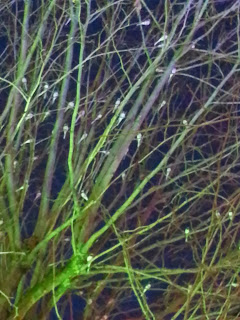 
Earlier I led a walk at Wheldrake Ings, with Marsh Harrier being the highlight. No winter floods yet, so the Teal etc are congregating in the ditches. Hopefully there will be some rain soon otherwise Christmas will be quiet.
at December 15, 2013 No comments: