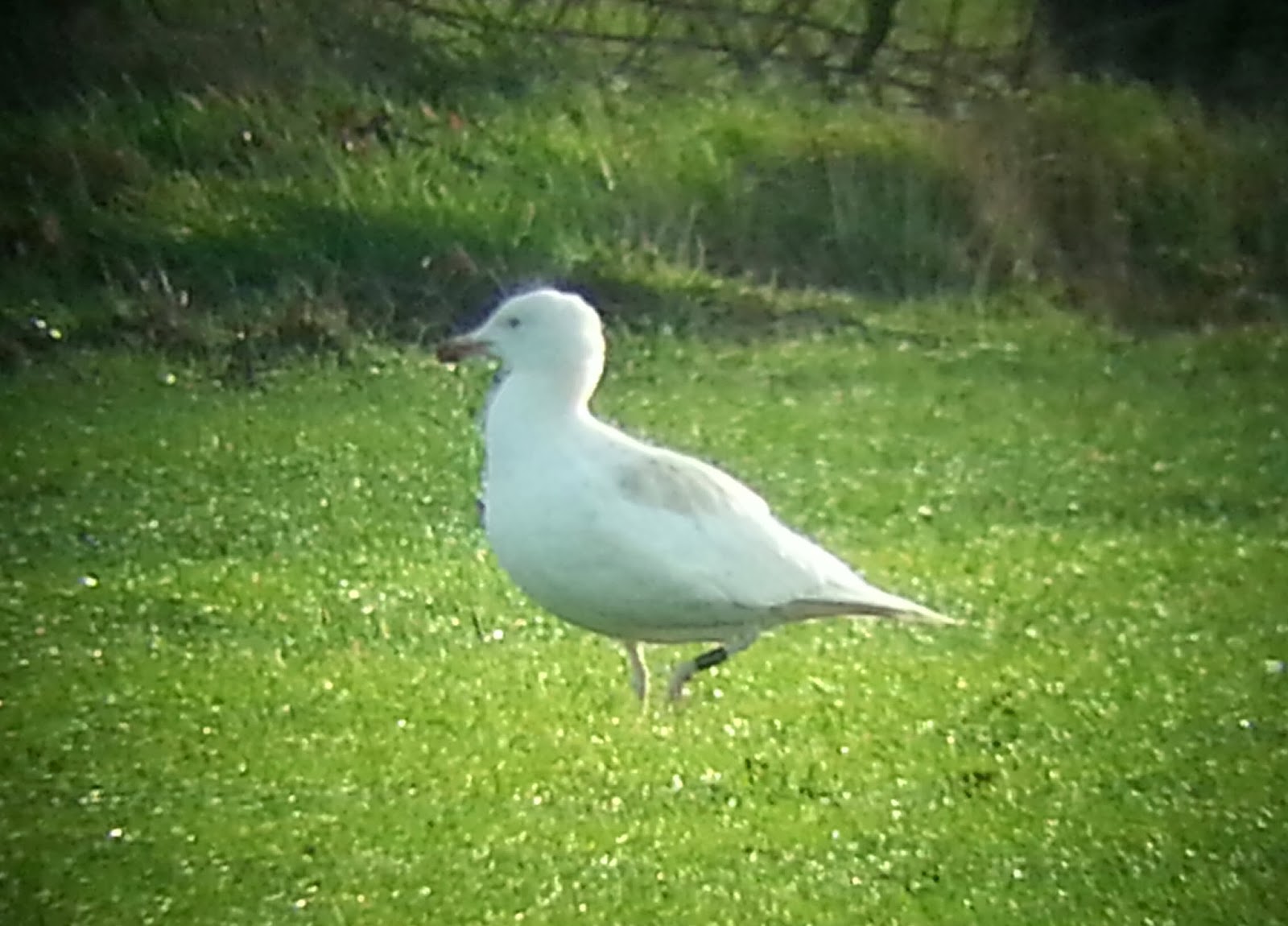 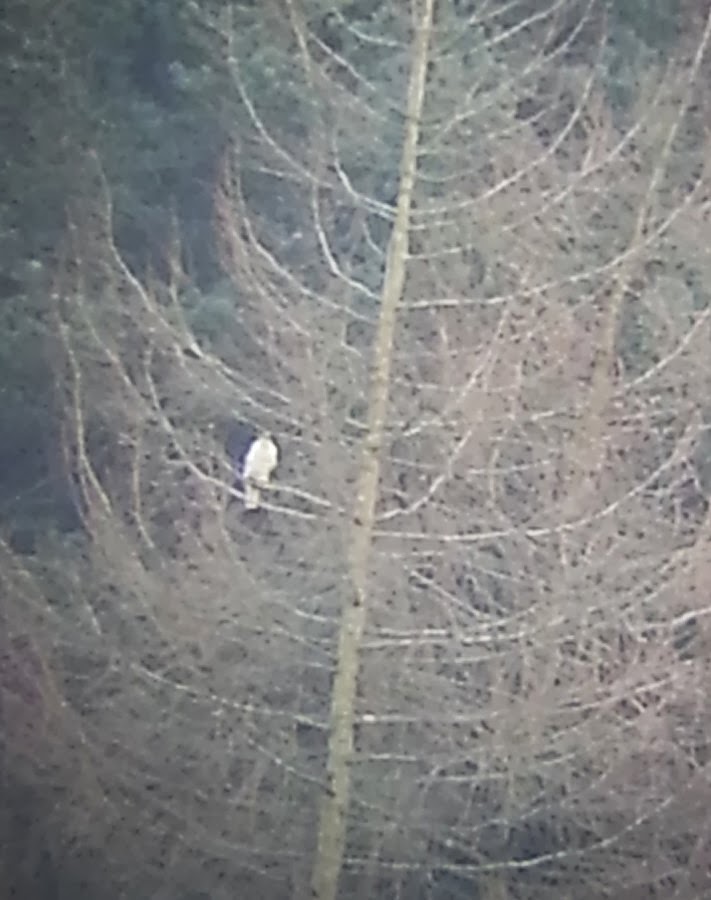 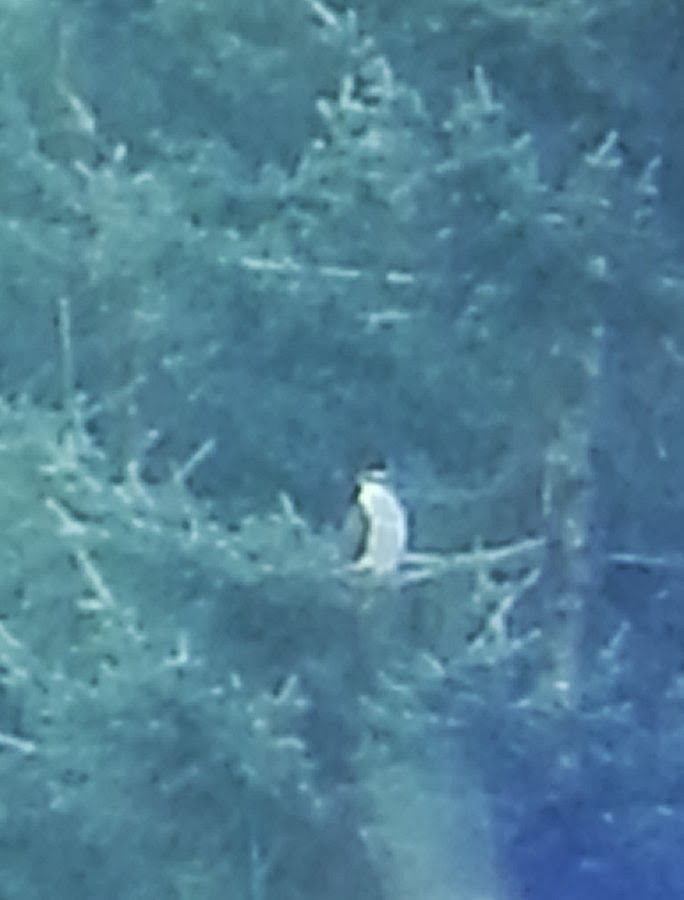 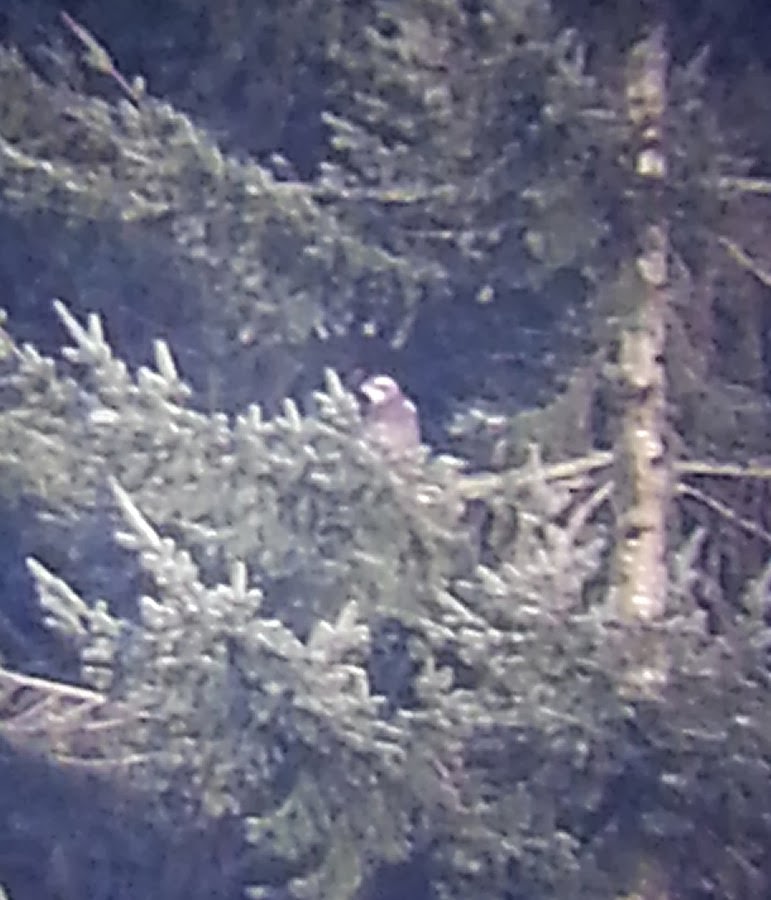 Snow and some distant Moorhens

Finally made the trip up north to Arkengarthdale, one of the few places in Yorkshire where Black Grouse can be found relatively easily. A gorgeous sunny day, with plenty of snow on the tops. Six male Black Grouse were happily feeding in the grassy fields next to Shaw Farm. They were quite distant but nice through the scope. Several Red Grouse were seen along the road from the A66 which put the icy in dicey! Had lunch in the Tan Hill Inn at 1,732 feet, England's highest pub. The kids and me Dad enjoyed a brisk walk in the snow and throwing iceballs at me. Drove back through Swaledale which was picturesque in the February sunshine.

Down at Acaster Ings, the floodwater has risen dramatically and is up to the road all the way to the church. No more birds though, except for a Little Grebe. 9 Coot, 9 Pochard, 3 Goosanders, 40+ Tufties. 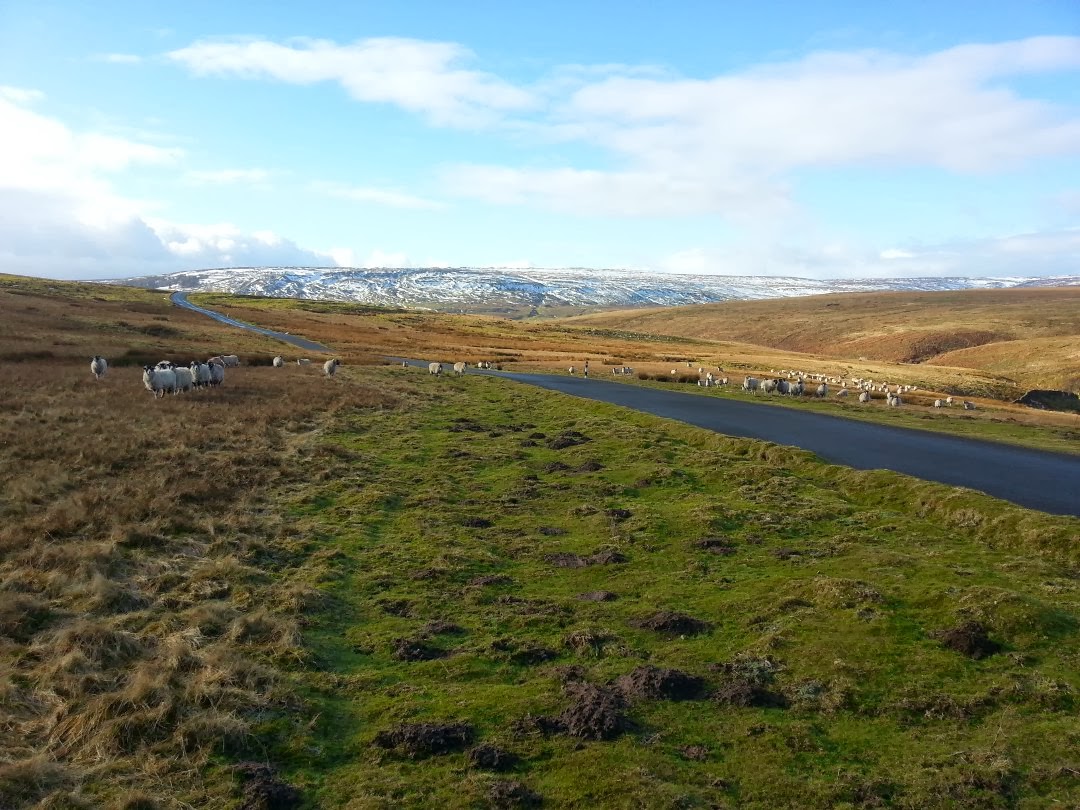 There be snow on them there hills. Stang Lane, Arkengarthdale looking southwest. 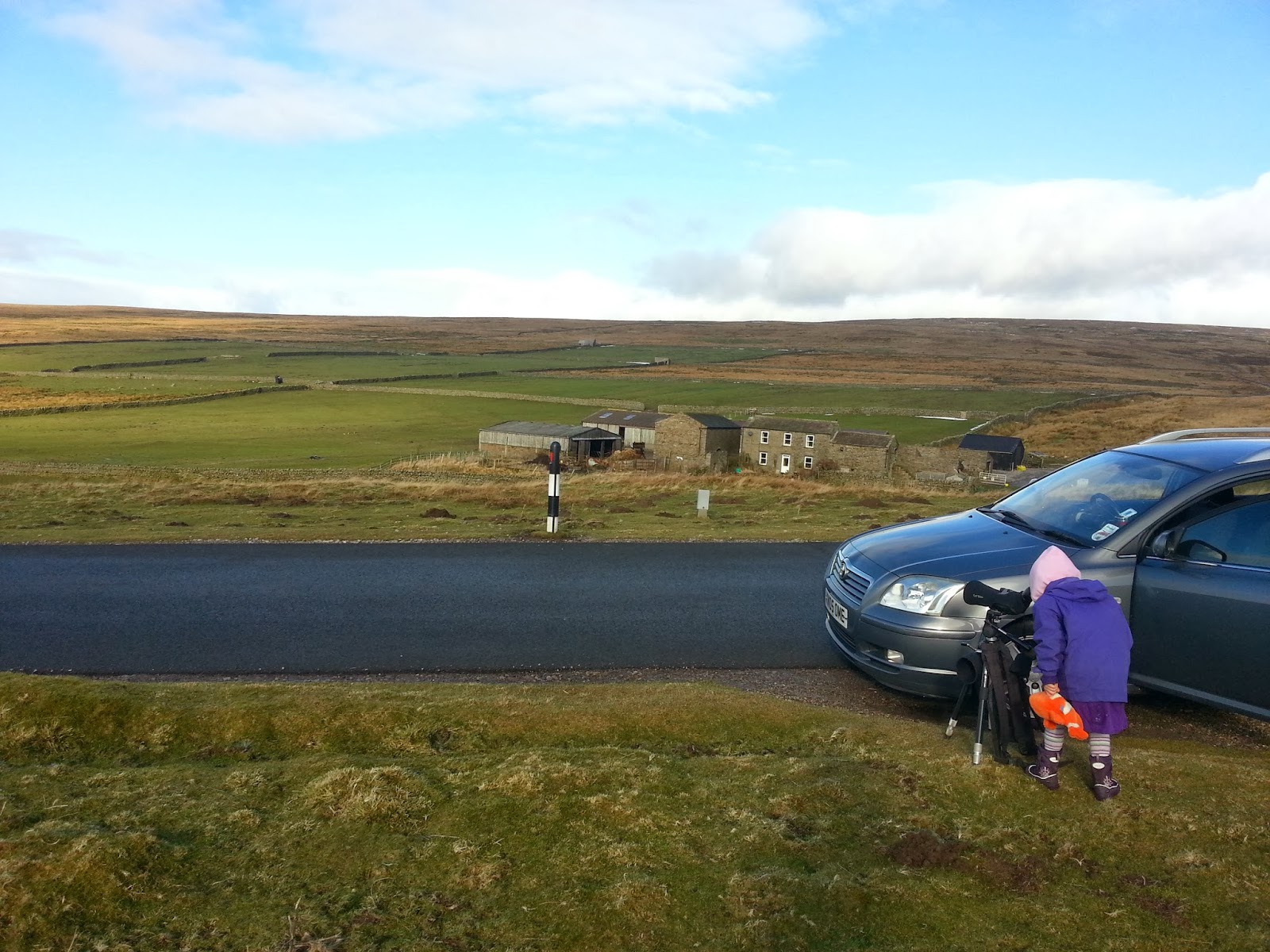 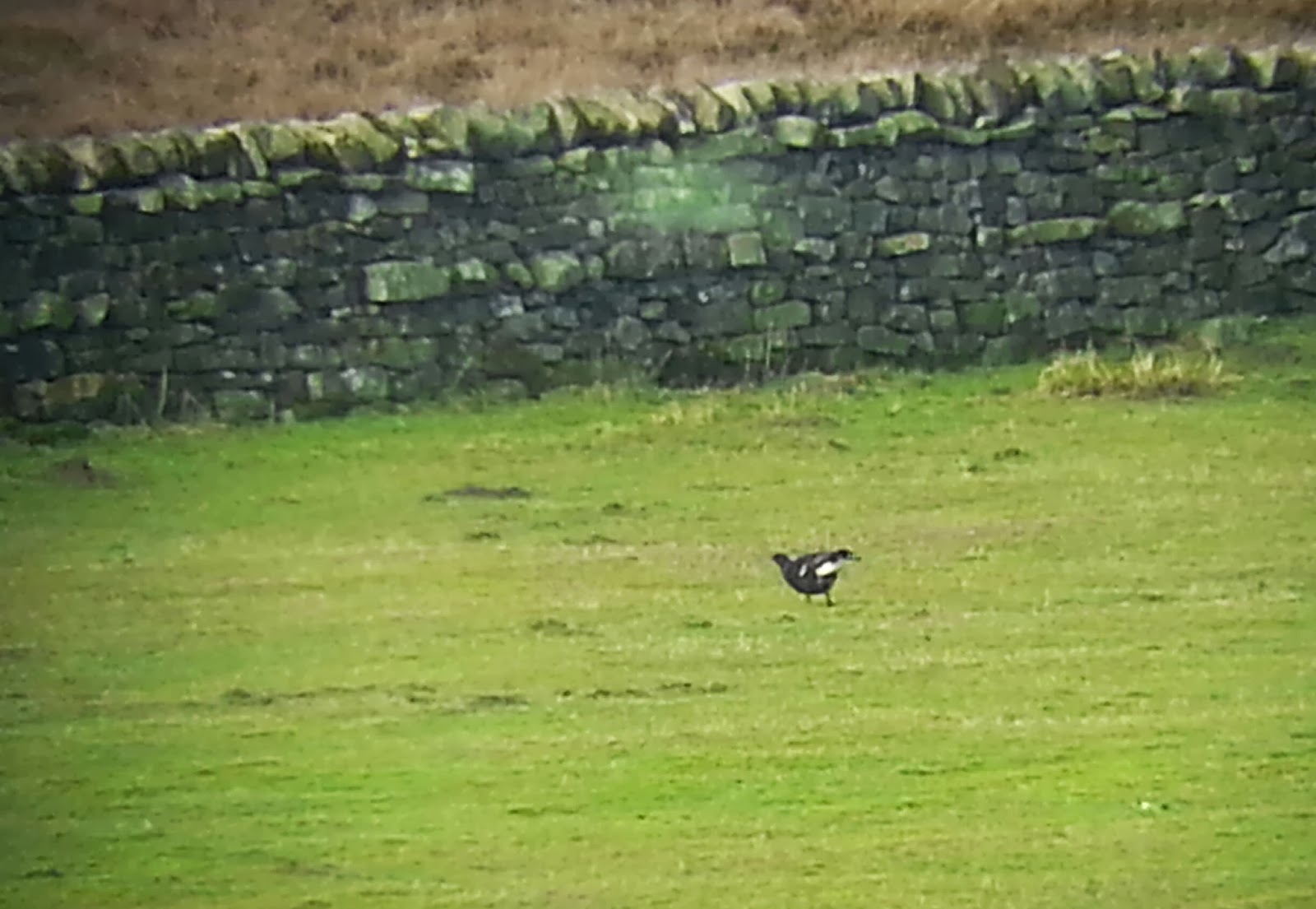 Adelaide and Nemo checking out the view across to Shaw Farm and a Black Grouse/distant Moorhen.
at February 16, 2014 No comments:

Little different down Acaster Ings though the Ouse has reflooded. 5 Coot was a new high, plus a pair of Gadwall, and the resident flock of Aythyas.

Following lovely views of an Otter at Staveley YWT this morning had a try with the gulls resulting in me doubting my field craft (flushed the lot) then in to Acaster which revealed 7 Goosander, 4 Gadwall,  the usual 60 or so Aythyas and a lonely female Wigeon.

Saturday morning with the York area my oyster. What to choose, floaters or loafers. Had a quick look at the floaters on Acaster Church Ings: 20 Pochard, 30 Tufted Ducks. On to Rufforth for the loafing gulls. A fine adult winter Lesser Black-backed Gull was on the airfield. The gulls were very flighty today and quite frustrating despite being present on the Tip in collossal numbers. Headed over to Poppleton where a few hundred gulls were gathering in a field by the gravel pit. After a bit, a beautiful cute-looking adult Iceland Gull dropped in. A lovely, demure bird. For a gull that is. Bumped into Chris and Olly back at Rufforth but we struggled to find anything before I had to leave, save the local Grey Wagtail. Several colour-ringed Herring Gulls seen today, though only one readable, yellow ring with black T80K. Will check this out later. 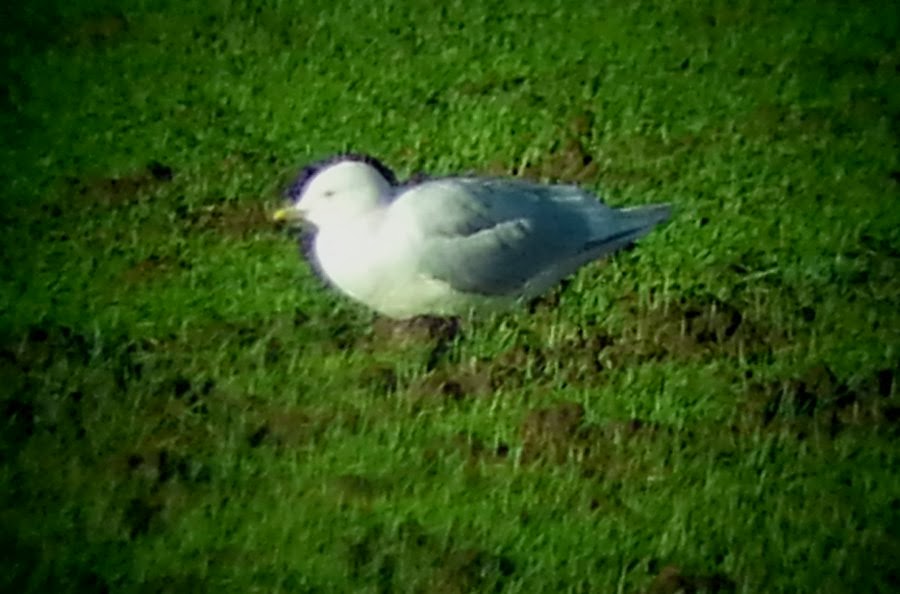 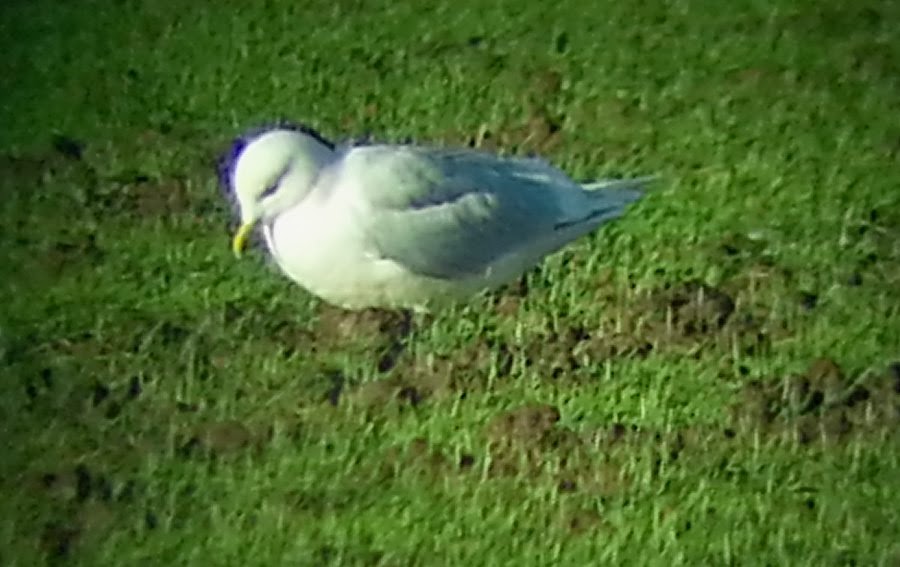 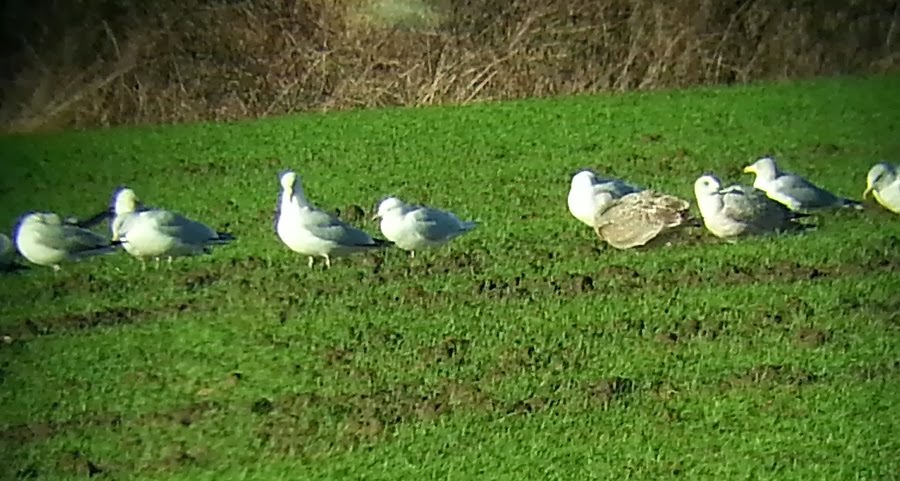