Headed for Waxham first thing, with new birding mate and colleague, Reg. The fog lay like loft insulation over the marshes as a weakening sun shimmered over the line of dunes.
How very poetic. The track down to the dunes was covered in dog crap; how delightful. A big flock of pinks were in the field near the car, a quick scan through revealed nothing white, though obscuration (is that a word?) by vegetation and the angle of the sun meant I didn't bother trying for a bean.
Assaulted by a huge dew in the dunes meant we were soon soaked from boot to nads, so we clambered over the dunes on to the beach. Cut in at the pipe dump. Little doing here, except the local Dunnocks and Stonechats, a big flock of Starlings and a dozen Linnets. The fields were really kicking off, unlike the vis mig, with one Goldfinch west and ten Starlings east. The top weedy field had been messed with during the week, with the tell tale signs of new foot drains being put in. Apparently the land here has been bought by an Argentinian millionaire who is going to drain and improve them as grazing for polo ponies. What a twat. So, where will the big flock of Goldies, Lapwings and Skylarks go then? Nothing rare here, though very enjoyable birding with stacks of birds in among the weeds and stubbles. Interesting to note that several of the Goldies still sported plenty of black on the underparts. Looks fab for a Richard's Pipit or Lap Bunt if the wind goes round. Three Wheatears were along the fenceline here, the only genuine landbird migrants we had seen. What did I expect in a light westerly with clear skies?! Anyway, a quick scan back at the car revealed 28 Cranes flapping over Brograve towards Heigham Holes. A fine sight.
On to Hickling Broad NWT, where a few Chiffchaffs, ten Shoveler and a moderate movement of Swallows was going on. Ok I am clutching at straws. A great morning to be out birding, despite the continuing lack of rare.
at September 27, 2009 No comments:

What it feels like to find an American Redstart!

Light westerlies, sunshine, late September. Well, one out of three suggested rare potential, so I put daughter and dog in the car and hit the dunes. Also, in the back of my mind, I remember someone somewhere once saying that the big one can turn up in any weather...
Anyway, it didn't at least not at Horsey. Three Wheatears, a few common wobblers and several skeins of Pinks dropping into fields inland was about the lot, plus some awesome views of one bull and four cow Grey Seals cavorting in the surf. A couple of nice Small Coppers flicking through the dunes were good too.
A top bacon buttie and a brew from the trailer in the car park topped off a fairly birdless but nevertheless delightful stroll. Adz can now say 'pipit', 'kink keet' (pinkfeet) and 'ween wickwecker' (Green Woodpecker).
Couple of Chiffchaffs in the garden still.
at September 26, 2009 No comments:

I am now on twitter. Does that make me a twit?
Follow me here http://twitter.com/BirdingDad
at September 25, 2009 No comments:

Well, the phone was busy yesterday with various megas turning up all over; Sandhill Crane in Orkney, Cisticola and poss Booted Eagle in Kent, Albatross and Solitary Sand in Ireland...sadly, the best I could do was three Wheatears along the fence at the roman camp, Stoke Holy Cross, after dipping the Glossy Ibises.
Nevermind, serves me right for dirty twitching!
Had a day out on the recently cleared Grimston Warren NWT today, with Bill Boyd. The place looks amazing. Bird-wise, heard a few Woodlarks, and saw a Buzzard and a few Curlew. Also ticked Hares-foot Clover...More than i would have seen at my desk anyway. Roll on the weekend!
at September 23, 2009 No comments: 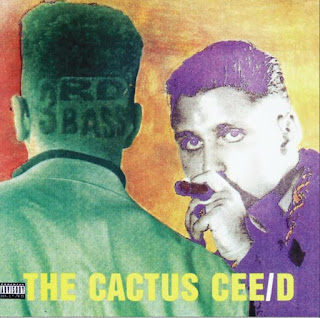 3rd Bass. A few birders I know could do with getting The Gasface.
I could list them, but you know who you are...
at September 20, 2009 No comments:

Philip and me went off to the coast early on and arrived at Waxham to see the wind had picked up overnight. Birds were immediately obvious on arrival in a large field covered in stinking muck. Mainly mippits, I raised my bins and saw a Wheatear plonk down. A better start than yesterday I thought. We toiled down to the foot of the dunes and then down towards the pipe dump, seeing very little save a couple more Wheatears. Philip found a good hoverfly, telling me it's latin name, which I promptly forgot. He also found a dead Wheatear, well, a pile of Wheatear feathers, presumably a Merlin or Sprawk kill. Around the pipe dump, a Whinchat was hanging out on the brambles, and a decent flock of mippits and linnets were on the grass. A good grilling failed to find us a rosefinch or Red-throated Pipit, so we ambled back through the fields checking every mippit we flushed, to no avail. Tempted by a bacon sarnie, we popped into Winterton so we could use the cafe. The place was heaving with birders; it looked like a big twitch! It turned out that all these people had turned up to see a Red-breasted Fly! Unbelievable! Anyway, we enjoyed our brew and bacon sarnie then we legged it.
After more fatherly duties, took the family down to Buckenham to see if an ibis or two had dropped in again. Sadly not, though almost half a dozen Hobbies catching dragonflies over the marshes was a fine sight, as was a Wheatear by the cattle coral. The Red-breasted Goose was busy grazing among the large flock of (78) Egyptian Geese and Greylags, presumably fine-tuning it's 'wild' performance before joining a large Brent flock on the north coast in November. The Wigeon flock is increasing with over 40 counted, plus several Teal. Just need a bit of water for them now! Back home, a couple of Chiffchaffs moving along the back hedge calling before dusk and heard the Little Owls again.
at September 20, 2009 No comments:

The coast is clear

Gave Vicky the morning off and took Adelaide and Willow to Horsey Gap. Adz decided she wanted carrying the entire time, so I trudged south from the car park checking the cover along the way. Adelaide was unceremoniously plonked down if I saw anything worth investigating (which wasn't often, sadly). When I did put her down, she seemed quite happy picking up gravel as usual. After an uneventful half mile with migrants noticeable by their absence, I finally rejoiced at the sight of a Wheatear looking windswept atop a fence post on the dunes. Then, to the beach, where three Snow Buntings flew over and pitched on the strandline a little way off. Willow was happy in the surf, with a nearby bull Grey Seal keeping an eye on things. Very little moving past over the sea, a marked contrast to last weekend. I struggled back, with Adz now asleep in my arms. I will have biceps like Madonna if she carries on like this!
at September 20, 2009 No comments:

So, we are finally here in Norfolk. Well, we have been now since May 1st, but life has been so chaotic that I haven't had chance to pick up where I left off on the blog front. Birding-wise, I did Thorpe Marshes/Station Marsh/Whitlingham area of Norwich until mid-August when we moved into a house in Norwich. After the dizzy heights of Grafham Water, Cambs, the marshes were hard work, with only a handful of waders, black terns, marsh harriers etc to show for my efforts. I even missed a punk scarce special within a stones throw of my house, which was a bit frustrating, but them's the breaks.
In mid-August we moved to Strumpshaw, east of Norwich. We are only two minutes from Buckenham Marshes and Strumpshaw Fen, with Breydon a mere 15 minutes away and Winterton and the other NE coast sites only a little further. I am hopeful, therefore, to get my birding back on track this autumn. I now have no excuse...
at September 20, 2009 No comments: