Sometimes things work out perfectly. Not often, but sometimes. Today was one of those days.

I spent the morning immersed in the marine environment, learning all things cetacean, as part of a course run by Yorkshire Wildlife Trust's Living Seas Team and Seawatch Foundation. The course is aiming to inspire people to get involved in a new project to monitor whales, dolphins and porpoises on the Yorkshire coast.

After a fascinating morning, I checked the Flamborough Whatsapp messages and was excited to hear that an Alpine Swift had been seen by Trevor Charlton just ten minutes earlier at Bempton Cliffs, but had disappeared, possibly over North Dykes. Being one of my favourite birds, this was pretty thrilling news and as we had broken for lunch, I thought the lighthouse must be worth a shot, in case the bird had followed the cliffs along the headland. Margaret Boyd (fellow Yorkshire Coast Nature guide) was keen to come with me, so we fired up the Kia and headed down to the lighthouse.

Parking up in a cloud of dust and tumbling nylon-clad tourists, we jumped out and I immediately saw a bird up over Bay Brambles, not much above our eye-line. Raising my bins, I was confronted by an immense swift! "There it is!", I exclaimed, as surprised myself as Margaret was by my sudden shout. I put a somewhat garbled message on the Whatsapp group to let other birders know it had reappeared. Random members of the public came over, wondering why I had got so excited, leaving disappointed when they heard that the source of our excitement was a bird...

The Alpine Swift circled round and then slowly made it's way north along the clifftop. We watched it through the scope and got glimpes of it's white belly patch and throat as it glided round. Awesome!! It disappeared over the brow towards North Landing. Amazing. A tick for Margaret and my first in Yorkshire in over 20 years! Strangely, my first Yorkshire bird was at Hornsea Mere in May 1997 and I have a feeling that might have been found by Trevor Charlton too...I will check. Craig Thomas arrived and after a few tense minutes, he picked the bird up high over the sea. It came in, slowly flapping straight towards us and spent the next ten minutes gliding round over the cliffs in front of us, against an angry looking sky. Craig got some amazing pics, despite the bad light: 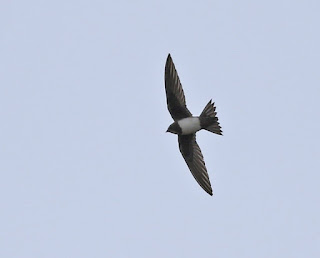 I attempted some phonescoping but it was too close really. I got some fairly dodgy handheld phone video as it cruised past:


After some spectacular flypasts, accompanied by our 'oohs' and 'aaahs', it headed back around the cliffs and out of sight, leaving us euphoric. What an immense bird!!

We finished the course with a couple of hours seawatching in the brand new hide near the fog station. As it chucked it down, we were glad for the shelter. It really is a super building and the views are great. Big thanks and congratulations to Flamborough Bird Observatory for developing and delivering this project and Green Future Building for the excellent construction.

I picked up eight Manx Shearwaters heading south, two drake Common Scoters going north and a light northbound passage of Swallows, plus two Harbour Porpoises to get us back on track with our cetacean course! 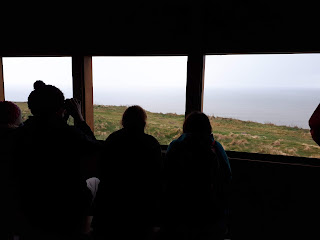 View from the new hide. 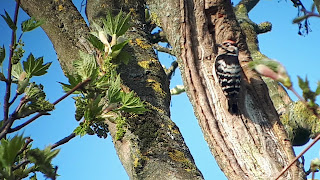 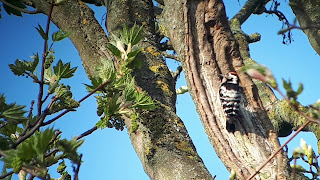 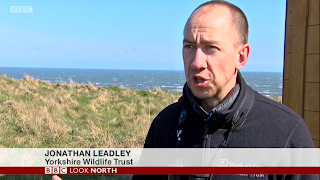 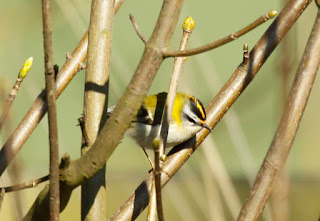 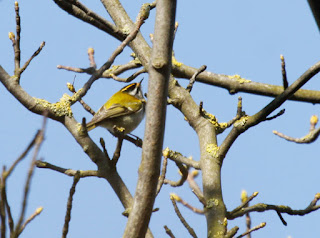 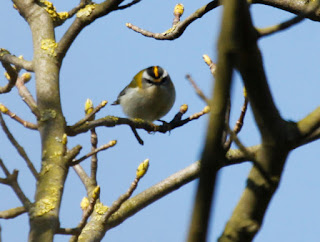 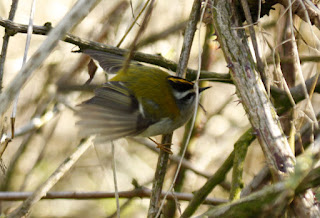 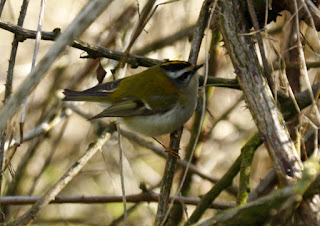