There has been some cracking spring weather this week and it has felt more like early May, than late March.

Goshawks are still putting on a fine display in the forest, although the females are less conspicuous now, presumably as they settle down to breed. Crossbills have fledged young and are reasonably easy to find and there are lots of Siskins about.

In two visits to the LDV this weekend, there were still plenty of winter visitors in evidence, including two Whooper Swans on the refuge at Wheldrake and small numbers of Redwings and Fieldfares kicking about. There are lots of ducks still on the rapidly diminishing floods but numbers are dropping. The Black-tailed Godwit flock has been building up as more passage birds arrive to stage here before heading up to Iceland. Among them are still small numbers of Ruff and Dunlins, with the former starting to moult into their breeding finery. On the arrivals side, Chiffchaffs are everywhere and a singing male Cetti's Warbler was a surprise at East Cottingwith but surprisingly there were no Willow Warblers or hirundines about. Two drake Garganey on the refuge were a fine sight, even though they were quite distant, but best of all was on Sunday evening when walking down the riverside, I heard the bugling call of a Crane! A little later I managed to scope the bird at a distance as it strode about in the floods, feeding. Bird activity was incredible at dusk with Lapwings, Curlews, Snipe and Redshank all displaying whilst Water Rails squealed from the reedbed.

Nearer home, the small colony of Yellow Star of Bethlehem just about clings on despite being swamped by a huge pile of gravel and dirt dumped by the campsite. I will be contacting the parish council. 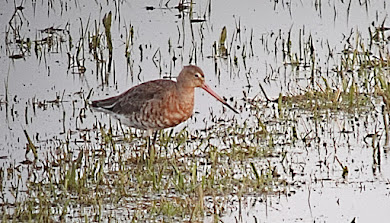 Lovely to watch more Icelandic Black-tailed Godwits close to the Tower Hide at Wheldrake Ings last week. Many of the males are looking class in their rufous breeding plumage, whilst many others (females?) are still in their winter greys. At the time of writing, the flock in the LDV has surpassed 500, which is amazing! 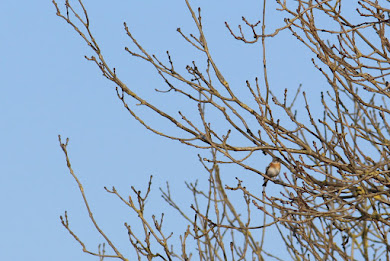 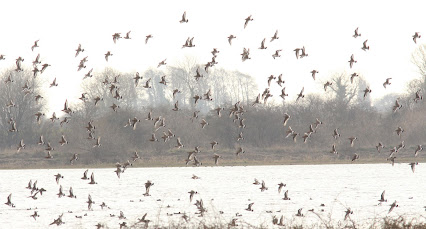 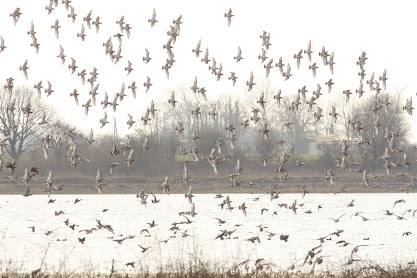 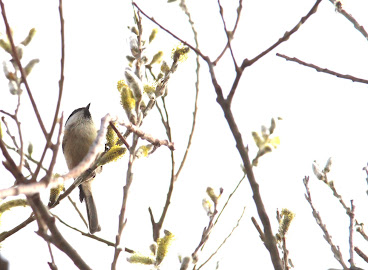 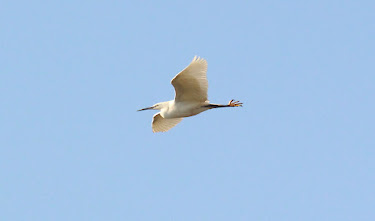 With light winds and good visibility birds are on the move day and night. With a head's up from Ollie Metcalfe who had seen a message from a birder in Lancashire who had heard Common Scoters flying over shortly after dark, I got myself positioned in the front garden ready to intercept anything heading over. It is a bit awkward standing in my front garden as I am likely to be quizzed by neighbours and others as they pass by, but if I go into the back garden, all sound is drowned out by next door's water feature!

Shortly, the whistling of male Wigeon could be heard high above. Switching on the thermal imager I'd borrowed from work, I could see a three large flocks of Wigeon heading purposefully east. It was great to be able to see these birds aswell as hear them for once! 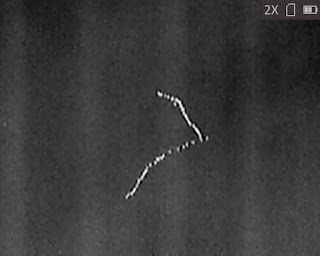 Single birds and small groups of what were presumably ducks headed silently east, with an occasional bird north. It was magical to see these lifeforms, high in the night sky, flying steadily towards distant breeding grounds. It filled me with complete wonder.

I soon heard the characteristic beeping of Common Scoters and a flock of about 25 birds moved over. 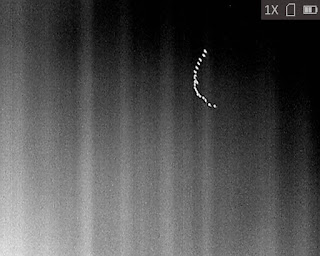 To witness these seaducks over my house in inland Yorkshire is simply incredible! A few moments later a couple of smaller flocks followed in their wake. 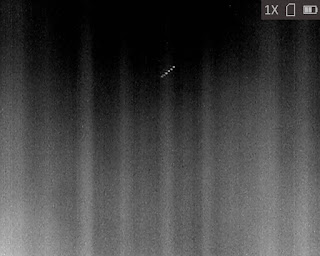 Next up, a low-flying Water Rail with characteristic call was a complete surprise and the first I've had from the house. Garden tick; nice! Things quietened down hereafter, save the distant Greylags honking down on the flooded ings beside the Ouse, and a vocal Tawny Owl near the cycletrack.

The following night (Tuesday, 14th) saw more small flocks of Common Scoters and a lagre flock of Wigeon, but it generally seemed quieter, so I gave up by 9pm.

Watched some Woodlarks the other day. Undoubtedly one of the best songsters in the UK and an evocative sound of early spring in heathland. The flight call was surprisingly loud and males reacted rapidly to other males singing close to their territories. 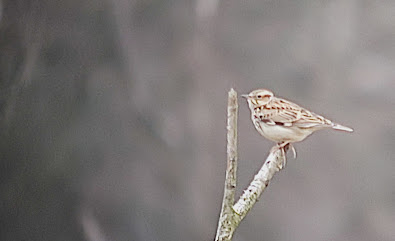 These birds are really vulnerable to disturbance and egg-theft, so please don't publicise precise locations for this (and other rare) species. 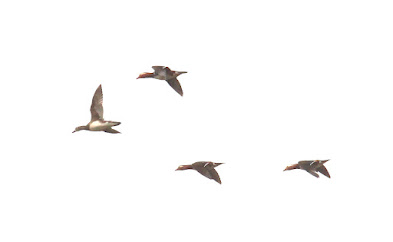